The Newfoundland and Labrador Folk Festival: More than just a place to catch some awesome music

If you’re looking to take in a huge dose of live music, you can do far worse than the NL Folk Festival. In the second week in August, for the 38th year in a row, dozens of bands and musicians from across the province and around the world descended on St. John’s for three days of songs, tunes and merriment. This year, bigger names like Fortunate Ones, Gord Downey, Kevin Burke and Basia Bulat joined a multitude of perhaps less known but excellent performers on the main stage and in workshops. Whether you wanted to just sit in the field and be entertained, or to get up close and learn something, you could get your fill.

While it’s not necessarily obvious to the casual observer, the festival aims to provide more than just a weekend of top-notch entertainment. In fact, I would argue that some of the other facets are more significant in the grand scheme of things, since their effects ripple outward for the rest of the year.

First of all, it’s not all about the main stage. There’s also the francophone stage, the oral traditions stage, the instrumental stage and the dance tent.

Perhaps most vitally, there is the Neil Murray stage, dedicated to showcasing young performers under the age of 19. This is where new talent is nurtured, and the next generation of performers can cut their teeth in front of an enthusiastic audience.  There are singer-songwriters, blues and traditional singers, instrumentalists on fiddle, whistle, accordion and more. The level of skill on display always catches me off guard. It dovetails nicely with the Young Folk at the Hall concerts held at the LSPU Hall each January and the Music NL Newfound Talent competition, which was held at the Folk Festival this year. There’s a conscious effort to provide opportunities and goals for young performers, and they take advantage of it in spades. Even a few minutes spent in the Neil Murray tent offers reassurance that the next generation of local musicians is coming along nicely.

At its core, the festival is all about community -not only the audience who come to the park to be entertained, but also the musicians who perform and the volunteers who make the whole thing possible. There’s something special about sitting in a field with hundreds of others, watching great musicians ply their craft. It builds connection. We bond over duck poutine, new musical discoveries and wet bums. Local artists and artisans showcase their wares and you can even watch them work in many instances. A highlight this year was a booth run by St. Michael’s Printshop, demonstrating the entire process of producing reduction linocut prints.

Everywhere you looked, taking care of every little detail, there was an army of volunteers. Arlene Churchill is a long-standing Folk Festival volunteer. Her manner is a mix of friendly and irreverent that seems to put everyone at ease and she laughed frequently throughout our conversation.

“This is year number 15 for me, but I was coming to the festival long before I volunteered,” she said.

What keeps her coming back?

“It’s always a bit of fun. You get to meet all the performers. You get to meet new people. We got regular volunteers come back, you see them once a year and within five minutes you’re caught up. It’s like you’ve never missed them.”

Churchill worked the registration gate, helping set performers and media up with their credentials.
“I was on the main gate, and I was in the merchandise tent. They were stuck for someone to work on the registration desk so I started there, and there’s where I’ve been to ever since. I’m on registration, that’s where I’m staying,” the volunteer stated.

Watching her work, it’s clear she knows exactly what she’s doing. Business is taken care of promptly, and then performers often linger to chat.

“You’ve got the be really outgoing and personable. You’ve really got to know about the festival and it helps if you know about St. John’s and the area, transportation with Metrobus, and places to stay, places to go, places to eat,” explained Churchill.

Again she emphasized the community spirit of the festival- when she was in hospital a few years back, the Folk Arts committee sent a get well card and called several times to check up on her. Will she be coming back for another 15 years? “Hopefully, hopefully, hopefully,” she smiled.

This year, the band most mentioned by audience members, musicians, festival organizers, and volunteers, was an old-time fiddle and banjo duo from Ontario, Sheesham and Lotus. This was their first visit to the province, and they said from that stage that this was “a dream come true”. Sounds like friendly hyperbole, I bet you say that to all the festivals.

But their actions spoke loudly. It’s not uncommon for performers to be a bit reclusive, showing up for their main stage show but being otherwise elusive. Sheesham and Lotus kept popping up. Ducking out of Friday night’s torrential rain, I found them, instruments in hand, playing away merrily to a half dozen people in a dark tent. Saturday they showed up in the beer tent, at the Grand Townie vs. Baymen Punt Race in the harbour, and again later in the same dark tent as Friday night.

Their Sunday show on the main stage was full of charm and humour. Sheesham and Lotus perform in costume and in character, but it feels natural and unaffected. The audience was right along with them, with several couples getting up to dance. The duo was obviously having a blast, feeding off the energy from the crowd. After their set finished to rapturous applause, they took a bit of a break then were right back out in the thick of things, happy to chew the fat with all comers. It would be hard to think of a better embodiment of the communal spirit of a festival.

When Sunday night finally roared to a finish courtesy of The Masterless Men, one of the festival’s most beautiful traditions brought the final note. Every year, when everything else is done, all the volunteers, performers and organizers crowd together on the stage to sing the Ode to Newfoundland. It’s a special moment for everyone involved, and cements the feeling of fellowship while anchoring the festival firmly to its roots.

With the festival officially put to bed (though of course, a small army stays behind to start tearing everything down), it was time to head to the Ship Pub for the after party. This year’s was marked by a jubilant and ferocious session, spinning reels of dancers, and some truly transcendent moments. The music roared on, past last call, until finally it was time to scatter to the winds. Luckily, the Folk Arts Society runs events all year long, so there’s plenty to do and see until next year’s festival rolls around. 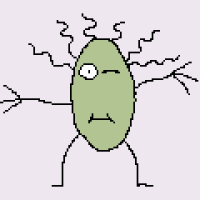 The Newfoundland and Labrador Folk Festival: More than just a place to catch some awesome music