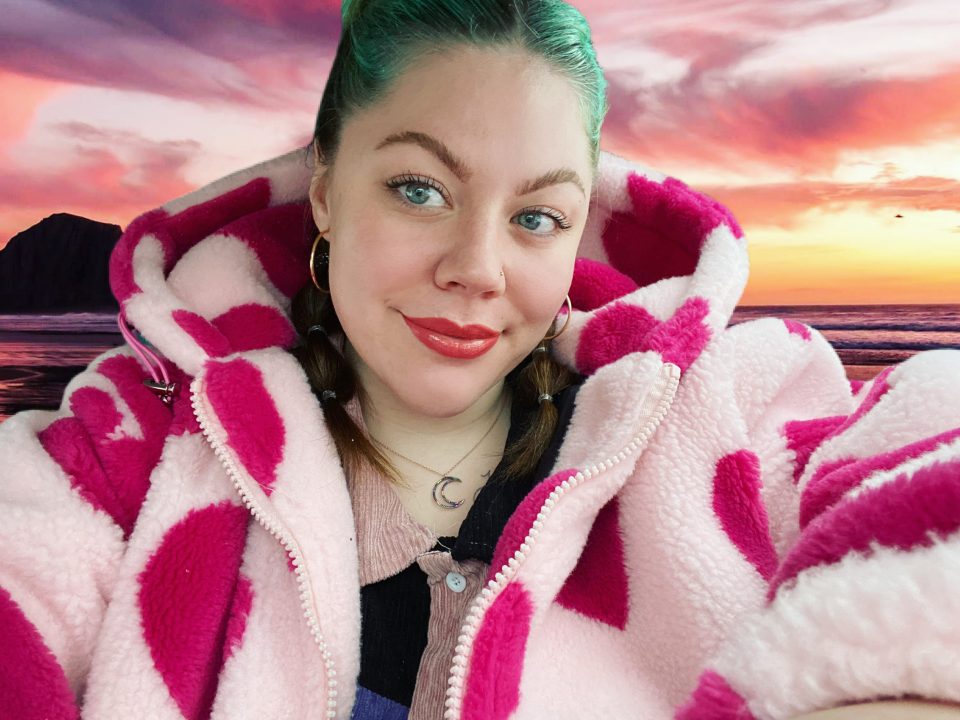 From a cat that looks like Melania Trump to a day-long hunt for a Squishmallow Yoda – Lord Cord is bringing it hard on TikTok.

An esthetician at the Studio Beauty Bar, the native Labradorian has been entertaining locals throughout the pandemic with her everyday life and she has racked up an impressive 250K plus followers.

“I was absolutely not expecting it. The first video that went viral was one of me putting up my shower curtain of Jeff Goldblum with a monkey on it. I started gaining off that and then it slowed down for a bit. Then probably in September 2019,  I started posting Newfoundland and Labrador content cause I hadn’t seen a lot of it on TikTok and randomly did stuff like that and it took off from there,” recalled the content creator.

Her Newfoundland aesthetic is also intertwined with Cord’s local accent and classic slang within her posts.  In fact, one of her vocals “Newfie Check” is now streaming on its own as background audio for TikTok videos.

“I was definitely the first one to use it, so it’s crazy it took off so much. It’s been insane”

Part of Cord’s charm is her genuine demeanor and realistic content – allowing viewers to have a look into her everyday life. Her nan being rotted at a broken chair, picking up fabric for a new crafting project or baking – Cord keeps it real.

“Every now and then a random video will blow up but I mostly do vlogging now of what I do in the run of a day, or silly videos – it changes so much. I don’t think I have a specific brand as such, I post a little bit of everything.”

An important piece of that everyday life that Cord shares are honest discussions about mental health. Cord has been open about her diagnosis of ADD, borderline personality disorder, and experience with panic attacks. When she was first diagnosed with ADD at the age of 17 – she hadn’t heard much about mental health, or medication. She was bullied for her pills and found the new situation difficult.

“I started being more open and more people were messaging me and thanking me for sharing my stories, or helping them get diagnosed. From then on I was like why wouldn’t be open about it? I would like to end the stigma, so many people suffer from mental illness and talking about it lets people relate and not feel alone. I don’t think there is anything to be ashamed of,” said the TikToker.

Cord has filmed herself experiencing a panic attack, providing some of that raw and genuine content that allows people to relate directly with her during that time of vulnerability. It reminds people that we all have a shared experience, even during the hardest of times. Plus she tends to follow it up with a few laughs.

“I always try to do a bit of comedic relief afterward. While this was happening to me, at the time it was really scary and now I can look back and laugh, not in a way that I am making fun of myself but I am ok, might as well have a laugh.”

She has also talked openly about her struggles with an eating disorder. After posting pictures on her older Instagram account, she knew people would have questions about her bikini competitions.

“In the past when I was younger, I remember being ten-years-old and struggling with body dysmorphia and having a bad relationship with food. It got pretty severe in high school and it was good for a bit but when I did the competition, that triggered it, it got really really bad. It was a huge part of my life and a part of changing my life,” she said “There are so many people struggling with it and maybe my story will help. I know it’s so cliché to say but it does get better.”

One of the bright sides of Cord’s page and videos is her relationship with her boyfriend Colby- who she met through TikTok – their story is a modern-day romance of sorts.

“Oh my God, I love him. He had followed me last year and I followed him back as a Newfoundlander – I had a boyfriend at the time, but then we broke up. I noticed Colby commenting on my videos and we got to chatting,” said the vlogger. “He told me to download Fortnight, it was when the lockdown started, so I did for a laugh. I actually really liked it and we got to know each other by playing it together. It sounds so nerdy when I say it out loud.”

To follow along with Cord’s genuine experience, her craft creations, her hilarious adventures, and honest discussions check her out on TikTok and Instagram 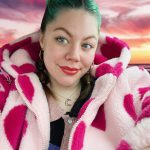