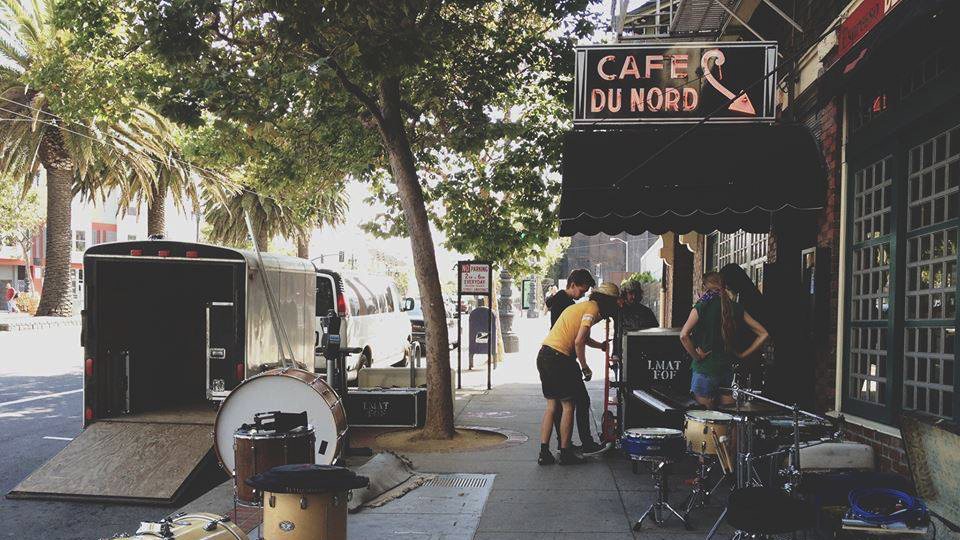 Every single time Hammer Clarke meets someone- they are always fascinated by his name.

He is continuously bombarded with questions about how and why his official name became Hammer, and everyone assumes he is joking around. That being said, if you know Clarke, it would not be unlike him to play a lifelong joke on the entire world and trick them into believing his name is Hammer, just for his own personal entertainment.

There is more to Clarke than a pretty sick name- he has visited nearly 37 states.

He played in a band that actually went on tour and when he wasn’t playing with them, he was their official sound guy. That’s right, a band with a sound guy, that’s impressive. I am sure most bands intend to go on tour but life gets in the way, kids are born, jobs are acquired, bills need payment. Some bands hit up their own province and feel well accomplished for that effort- and they definitely deserve a hefty ‘what up’ – especially if they are not well known or have any money.

Taking that into consideration, Clarke and a band called The Someone, now known as The Informants, went on tour throughout Canada and the States back when Clarke was only 18-years-old.

“It was something I had always wanted to do and I always heard of bands that were on tour and I had no concept of what that was really like. I heard of people playing almost every night and I thought, that sounds pretty awesome,” said the 23-year-old about hitting the road.

With travel across North America in a van came many adventures. One very eerie Walking Dead-like incident that Clarke will never forget.

After the band’s van swerved on the shoulder of the highway, the trailer was no longer feasible. Clarke and his band mate waited on the side of the road while the others searched for mechanical help.

“It happened right in front of trailer home. It was one of the sketchiest trailers I have ever seen, in the middle of nowhere and the door is wide open and it doesn’t really seem like anyone is around. A TV playing something super random and it feels like we walked into a scene from Breaking Bad,” recalled the bass player. Two men sauntered out of the trailer and spoke with Clarke, all he remembers is them having gold teeth and thinking he was going to die that day. With touring comes many couch crashing at the house of whoever is willing to offer and asking the audience if they want to have a giant sleepover, as Clarke puts it.There are no hotel rooms or tour buses for mid-level bands, these guys are just trying to get by and make it to the next show in one piece.

“We stayed in Louisiana, New Orleans. The guy we were staying with was from Alabama and he had the thickest southern accent I have ever heard in my life. He made us breakfast and it was incredible and he kept saying he wished he could make it like his momma did,” said Clarke. “He made grits – mushed up corn grain, I actually don’t enjoy it at all but most people do for some reason. It’s just goop. He also made alligator sausages and it was incredible, it tasted it so good.”

Clarke is not foreign to different experiences and trying new things. He was born in Butler, Pennsylvania and his family moved to Ontario when he was three and eventually moved to Newfoundland.

Clarke got into music after he moved to the rock. “I was a weird kid. I didn’t start playing music until junior high and I played drums and I was horrible. I continued playing that for three years and I decided I didn’t want to do that anymore because I was still really bad,” said the musician.

Soon he picked up a bass and found his true calling.

“When I switched to string instruments, I was able to pick that up really quickly and then able to go onto guitar within a couple of months. Even now I am picking up more instruments,” he said and Clarke has been playing ever since.

His second round of tours was with a band called Lauren Mann and the Fairly Odd Folk. Clarke played bass with them for a six month tour and then did sound on the next two tours.

Maybe you’ve heard Lauren Mann and the Fairly Odd Folk? A few releases from their last album Over Land and Sea has been hitting up the CBC radio like it’s nobody’s business. In 2014 they won the CBC Spotlight competition with their song “I Lost Myself.”

That being said, Clarke stepped down from touring when he returned home last year. So does he feel like a classic Pete Best who will harbor resentment against his former band mates?
“I would be ok with them being famous, I would be happy for them,” said the very kind Clarke.

For now, he can hold on to memories from many years of touring. He hit up famous monuments as much as he could; he saw Central Park and played at the famous Webster Hall in New York. He also got a tour of Frank Sinatra’s office.

As of now, he is jamming and working with two other local musicians, and the three of them are called Forty Years of Wilderness. The band is truly trying to figure out their style.

“We are writing our own stuff, all of our jams have been totally different. The first one we had, we played pretty rock, Cold Play-like stuff. The next time we met, we played heavier and grungier, like Foo Fighters. The next session was super acoustic, striped down drums and a banjo,” laughed Clarke. “We haven’t figured out our style. We want to do something but we don’t know what to do. We are finding out what we are the best at and we’ll stick with that.”

What a great read! Love learning more about Hammer and his band. Looking forward to hearing some music from the new band! Send it my way asap haha 🙂 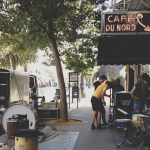