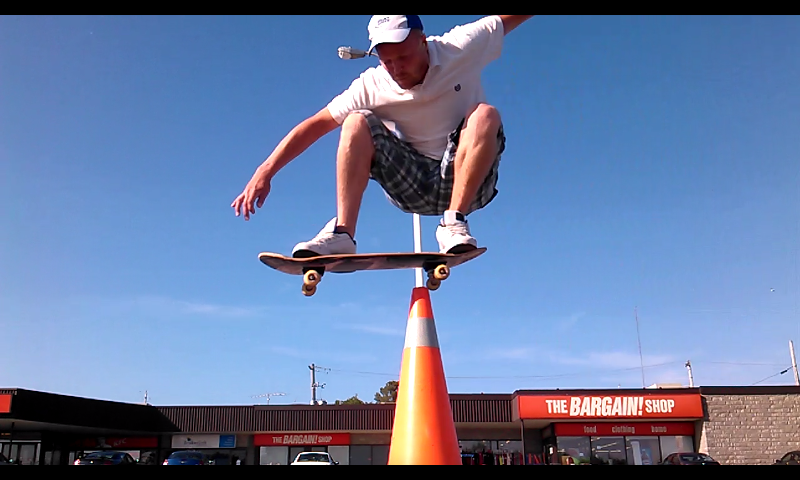 I have spent my fair share of time in Toronto throughout my life, and it really is a wonderful city. Within 30 minutes of arriving from Montreal, I was on a Go bus and headed directly for my sister’s house in Keswick Ontario. That’s where I kidnapped her shower for what felt like it must have been two hours. Once I was finished and feeling so fresh and so clean, it was time to meet my new great nephew and just kick back and relax with my family. At one point I was on the street skateboarding with my nephews, my nieces, and even a gang of other random neighborhood kids. This was more fulfilling than I can begin to describe because I never get to see my family, let alone do things like this with them. Ten minutes later I broke my skateboard while filming myself kickflip a little gap but thanks to Gravite skate shop in Pembroke Ontario I will have a new board waiting for me when I get there in a day or two.

My sister and her kids laughed when I told them that I was going to sleep outside on their picnic table, but believe me it was perfect place to sleep that night. I didn’t even set up my tent or use my sleeping bag. I just fell asleep under the stars and I awoke just after the sun had risen. One more power shower and I was headed down to a local beach with a six-pack of Stellas. I just chilled and hung out there all afternoon watching the seagulls snatch fish right out to the lake. It appeared to be effortless for the birds, and impossible to avoid for the fish. Definitely, the type of free shows that I was more than happy to watch.

That evening I was about 15 minutes south of Keswick in Queensville Ontario. Just lounging, and chilling out by the fire pit at my mom’s house with my brother over a few beers and some pizza pockets. That quickly escalated into an all-nighter. Complete with campfire hot dogs, fire roasted jalapeno chips (a tasty treat unknown to most) and a whole lot of Sleemans and Keystones.

The next day it was back to my sister’s house so that I could finally hang out with her on a night when she didn’t have to work the very next morning. One more sleep on her picnic table and then it was off to my aunt’s 65th birthday party in Newmarket. I was reunited with family members that I haven’t seen in a very long time and it was just an all-around good night for sure. I was taught that even at the age of 65, my aunt Elaine can dance better than I can I found out that my aunt Stacey is one cool cat and basically I realized that my whole family is actually really fun and can really party.

One more night at the fire pit in Queensville with my brother and I was being driven back to Toronto by my mom to try and ambush another Kijiji rideshare. I searched and I found that multiple rides leave daily from the Scarborough Town Centre, so that’s where I went to try to fly standby, so to speak.

I was hoping to see a minivan or two that were not fully loaded, with the hopes of making an offer of $15 to fill a seat. That didn’t happen. What did happen was a black 700 series BMW pulled up and the driver got out and asked me if my name was Nathan. I told him I was Justin, and I was trying to get to Ottawa to see some friends. After a little bargaining, and after one more passenger had arrived, I paid $20 for a front seat in an air-conditioned beamer all the way from Scarborough to Ottawa.

Now that I am in Ottawa I will finally get that room for the night at a hostel (the Backpackers Inn aka the best hostel ever).I will see some friends tonight, relax, and just prepare myself to start hitchhiking again. Rideshares we’re cool and all, and even surprisingly kind of fun, but I am hitchhiking across Canada, not carpooling.

Next stop, free skateboard in Pembroke Ontario thanks to Gravite skateboards. Then it’s off to North Bay, followed by Sault Ste. Marie and then all the way West to Vancity.

Back out on the open road tomorrow and I can’t wait. 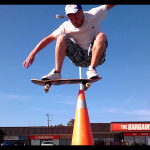