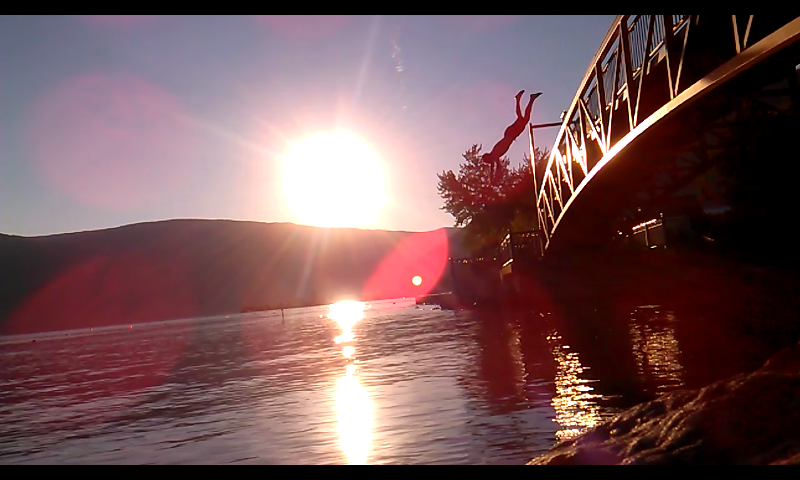 I am thankful for how much you have taught me, from the small towns to the big cities. The whole province delivered nothing but extreme highs met with extreme lows over and over. That being said, if it wasn’t so intense, I never would have learned as much as I did. So I wouldn’t change anything that happened here, even if I could.

Originally, I was going to try and get a ride from a trucker by sitting at a truck stop with a big sign that read “Ontario”. That lasted about 25 minutes before I got bored and decided against it. So once again I headed down the on ramp to the highway. It took about 20 minutes before I was in the car and heading to Montreal with Patrice. This car ride was very cool and laid back. After stopping for coffee, he decided to take a smaller highway and show me the beautiful Quebec scenery. I confided in him that I was apprehensive to speak French to people in Quebec because I’m not really bilingual and I didn’t want them to hear me butchering their language. What I didn’t tell him that the day before, wherever I was greeted with a bonjour, I would reply with a simple hello, and it led to many cold interactions. Luckily Patrice told me that if I just say bonjour and make the slightest effort to speak in French that the people will appreciate it, and in most cases meet me halfway. And guess what? He was right. I practiced my French the rest of the time that I was in the province. Although everyone instantly knew that I was English, there were no more cold conversations and in fact, it was quite the opposite. Everyone was extremely nice to me from that point on.

When I reached Montreal, I wanted to get a hostel, so I used my phone to search for one before calling to make reservations. It was a ten-kilometer walk from where I got dropped off, but I was super sweaty and I’d been on the road for a long time. It was worth the hike and the $24 for a shower, a bed and free cereal. Ten km later I realized that the address didn’t exist, and with the last one percent of power remaining on my cell phone, I figured out what happened. I had searched for “Quebec hostel” instead of “Montreal hostel”. So even though the streets shared the same name, the cities did not. I had made reservations for a hostel in the wrong city. Ten kilometers with over 50 pounds of gear in over 25-degree humid weather, all for nothing.

Feeling discouraged, I entered a bar and asked the bartender if she knew of any hostels. That’s  when she accidentally spilled beer all over my clothes and my bags. I was really starting to question whether or not things would turn around. Right then Rosie (the bartender), brought me a free beer, offered to charge my cell phone, and even babysat my bags while I ventured out for some much-needed food from a really good and cheap chicken place that Rosie recommended. She even let me bring it back and eat it there. This is where things started to get better. Within 20 minutes everybody in that place wanted to buy me shots and beers, and talk to me, and answer any questions that I had about Quebec. One hour later, I had a room for the night, a belly full of food and beer, and another new positive outlook on Quebec.

As I was inside the bar drinking for free and trying my best to speak as much French as I could, a crazy thunderstorm was kicking off outside. By 10 pm it was time to walk to the bed and breakfast where the one dude from the bar had pulled some strings and got me into for free. It was almost eight km away though, and the storm was brutal. I could only walk for about 25 minutes before I was soaked from head to toe. I took shelter on the front steps of an old church and called to thank the B&B for the offer, but I let them know that I was unable to make it before their midnight curfew. Forced to basically hug the front doors of the church just to stay dry, this would become one of the longest nights of my life.

As the sun was rising and the storm was settling, I noticed a line of minivans just waiting and slowly filling up with random passengers. I asked one of the drivers what was happening and he told me that it was Kijiji rideshare to Toronto. Talk about a coincidence and a half. I was looking into this when it was rainy in New Brunswick, only to find minimal listings, most of which were heading to Halifax. But I guess in Montreal, it’s a big business

Leaving up to three times daily, for $30-40 you can be driven from Montreal right to Toronto. The one driver told me that three of his passengers had canceled on him and that if I wanted to go to Toronto he would only charge me ten dollars because he already had 2 passengers and he was going to have to make the trip anyway. Long story short, five hours later and I was in the heart of downtown Toronto.

Next stop York Region Ontario. Home to visit my family.

Looking for effective advertising that isn’t completely full of it? I apologize for sending you this message on your contact form but actually that’s exactly where I wanted to make my point. We can send your advertising text to sites through their contact forms just like you’re getting this message right now. You can target by keyword or just fire off bulk blasts to sites in the country of your choice. So let’s say you need to send a message to all the interior decorators in the USA, we’ll scrape websites for just those and post your ad message to them. Providing you’re advertising some kind of offer that’s relevant to that type of business then you’ll be blessed with an amazing response!

Shoot an email to sarah1916eva@gmail.com for the details

Looking for effective online promotion that delivers real results? Sorry to bug you on your contact form but actually that was the whole point. We can send your ad text to websites via their contact forms just like you’re getting this note right now. You can target by keyword or just execute bulk blasts to sites in any country you choose. So let’s say you need to send an ad to all the mortgage brokers in the United States, we’ll grab websites for only those and post your ad text to them. Providing you’re advertising some kind of offer that’s relevant to that business category then you’ll be blessed with an amazing response!

Type up a quick note to paul5268jac@gmail.com for the details

Good evening, I was just checking out your website and submitted this message via your “contact us” form. The contact page on your site sends you these messages to your email account which is why you are reading my message at this moment correct? That’s the holy grail with any type of advertising, getting people to actually READ your message and I did that just now with you! If you have something you would like to promote to lots of websites via their contact forms in the U.S. or to any country worldwide send me a quick note now, I can even target particular niches and my pricing is very reasonable. Write a reply here: trinitybeumer@gmail.com 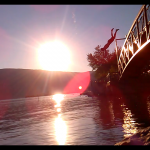