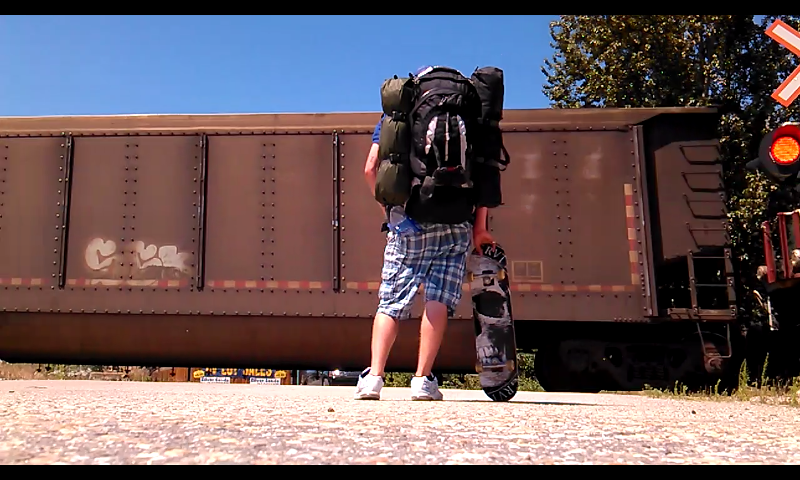 As of today, it has been 13 days since I left St. John’s to hitchhike my way West to British Columbia before hitching my way down South to California. So far it’s been 1918 kilometers, 15 separate rides and one ferry from Port aux Basques to North Sydney. I have to admit, it has been nothing but fun. Currently, I am in Fredericton New Brunswick and it’s pretty rainy. I’m hoping that it clears up today or tomorrow so I can get back on the open road as soon as possible because hitchhiking in the rain is like sweeping leaves in the wind.

Standing on the side of the Trans-Canada Highway with my thumb out is always the most exciting part of my day. Not knowing who, if anybody, will stop for me or where they will be able to take me. The whole thing is such an adventure that I just don’t know if I will ever decide to stop.

My arm is so sunburned. Even when I reach my daily destination and lounge in the sun shirtless, it is of no help. I am no longer certain that my body can ever reach the same shade of red that my right arm has now become. Talk about a killer souvenir.

Originally I had assumed that I may be more likely to get a ride from somebody who’s bumper is being held in place by duct tape, but now I know that is not the case. From smart cars to a brand new 2014 Corvette, I have been offered a ride in every type of vehicle. The cars, just like the drivers, have been surprisingly diverse. One multi-millionaire, one funeral director, two super cool German dudes. Everyone has stopped, guys, girls, young, and old. The only real thing that they all have in common is that they are all genuinely good people, and I am very thankful for that.

My skateboard has become my most valued piece of kit on this road trip. Walking down the overpasses and hills can be extremely tiring, not to mention downright boring. However, even the basic feat of just cruising on a skateboard can be radically intensified when you’re rocking a 50-pound backpack and trying to film yourself fly down hills. So far the hill from the Micmac mall in Dartmouth to get to the Halifax ferry was the most thrilling. There’s nothing like having no brakes and just tearing down a foreign hill that you have never previously encountered.

I was trying to jump on a freight train from Halifax or Moncton to make my way to Montreal, but that waiting game was killing me, so I just kept on hitchhiking. Now that it is raining I am halfway considering trying out Craigslist or Kijiji rideshare as a way to spice up the journey. You know what? Even in the rain, eating granola bars and camping out in random spots is just way too much fun.

Next stop, the province of Quebec, where the beers are cheap and that’s the only thing that matters.

Funny stuff!! Keep it up bro 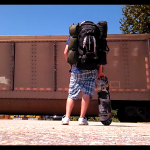