Can the candidates really represent women?

I am truly at a loss this election.

I have usually felt well-versed in the candidate that I prefer. I am overly confident in the x I pencil in on Election Day and completely comfortable after I have spoken to each of those running in my district.

Not this year. Not after the first historical women’s debate.

First of all, I mean, it is kind of embarrassing that it’s the first debate, when we have been half the population, since, when was it? OH, the beginning of humanity but I will let that slide.

It’s embarrassing that there are significant issues affecting a lot of women, especially in this province, that need solutions immediately and this is the first time it has really been discussed.

It’s also an issue since only 15 potential seats out of forty could be possibly held by a woman, and the St. John’s Council only has seats filled with men.

So it is important to ensure that though we are unfairly represented, we are properly supported and our rights are considered by those in power.

I think in the past, politicians got off easy. When asked about women’s rights, they simply said: “I support them.”

And shockingly, that used to be enough. Not long ago, a man in a position of power did not necessarily consider women’s rights to be an important issue, so the first time a statement of support was mentioned, it was a huge step forward and for a while, it was enough.

Now a lot of us are letting you know that your statement of support does not cut it. We need to how you plan to support us, how you plan to speak on our behalf and what you are going to do to help make this a better province for everyone. Action speaks louder than words and I am sorry, but this has been going on for way too long. I need action. RIGHT NOW.

You are representing ALL of the province: the single moms, the transgendered community, the aboriginal people EVERYONE – so you have to be well-versed and considering all the issues at hand. 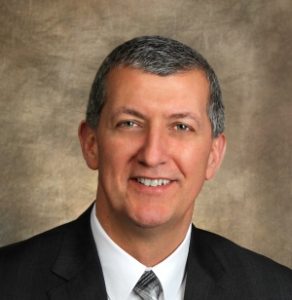 If women’s issues were well-covered in politics, I would feel well-represented, I wouldn’t be fearful of my daughter’s future or wonder if I have missed opportunities because I am a woman. I wouldn’t run to my car late at night with my keys clenched in hand. I wouldn’t walk away from interviews wondering why my childbearing age has affected my potential. I wouldn’t have counted pennies and worked blue collar minimum wage jobs to pay for daycare to try and finish school. I wouldn’t fear giving birth in our hospitals. I wouldn’t have cried for all the hate, discrimination and violence I have read about, and sadly, seen and experienced with my own two eyes. If what you believe to be enough was enough, I wouldn’t feel the way I do. So just stop tooting your own horn, because I am not very impressed with any of the progress so far.

Stop leaning on the few females in the cabinet, stop leaning on your Federal representatives and start planning the future of our province.

Actually, you could have started with planning properly for the debate.

If I had to engage in a public debate- I think I would do some research first. Get to know the issues at hand really delve deep into the patriarchal system and recognize the problems and how they affect people. Don’t simply shake your head and say,”I agree, it’s some shocking, iden’it?” 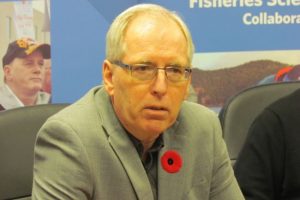 It seemed NDP candidate McCurdy had some understanding of some of the issues facing women today and he also had some solutions to offer. McCurdy had sound responses to considerable problems. I felt he confidently knew about most of the issues brought forward and it seemed at some point in his life, he had considered them. However, he leaned too strongly on the shoulders of heavy hitters like Gerry Rogers and Lorraine Michael – who have done substantially significant movements in support of women’s rights and have fought for the best policies for the people of this province.

Ball seems to believe his female mentors are the main catalyst for women’s equal rights, instead of considering how he himself could better represent women. He also leans on the Federal Liberal Party, instead of looking into the issues of OUR province and how we are directly affected by the issues brought up in the debate.

Premier Paul Davis just keeps pointing out some of the policies the PC Party has implemented, some of them have absolutely nothing to do with women, so I am not sure why he is patting himself on the back and I truly do not feel like this province should be tipping their hats to the equality implemented right here. Premier Davis continually pointed out the obvious, rather than addressing the issue and then redirected the questions towards PC successes, which were in no way relevant to the direct discussion at hand.

Childcare in Newfoundland is the second most expensive in the country, women are not given proper health care across the province, especially rural Newfoundland and I am too embarrassed to mention the skirting of the topic of violence against trans women during the debate. No candidate approached or acknowledged it and seemed to have no idea how to discuss the subject. They literally pretended the question was not brought forward and that’s what I want in my government right? Passive aggressive tendencies and ignoring important issues- that’s what governments are made of.

Being a woman, I liked most of McCurdy’s answers in comparison to the other two candidates. He had solutions and he had clearly looked into some of the problems women in this province face. However, I really just wish the three women who asked the questions were running for Premier, my life would be a lot easier. 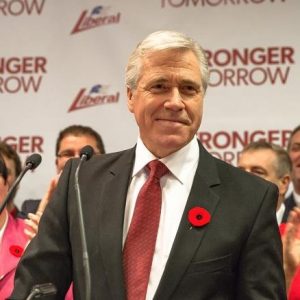 One of the MHA candidates called me and I asked to discuss what his plans were for women, and how he would better represent us. He seriously had no answer. He asked me to narrow in on what problems I believed to be an issue and that irritated me because that wasn’t my job- shouldn’t he know how we are being affected at this point? I am sure he could rhyme off issue with healthcare, education, the economy, why not women’s issues?

Though he fully supported all women’s rights and said he would work hard to be the voice for them, WHEN and ONLY WHEN an issue is brought forward, he didn’t know if he could be of any help because simply, “I am a man,” he said. I have no desire to point out this candidate’s identity because then I will get a call from him that will be groveling and made up and bs, and I just don’t want to hear it anymore.

I can’t sit idly by but what am I supposed to do? I admit, I feel like most of these candidates would stand behind me while I shake my fists for a righteous cause but I just don’t know if any of them can truly take on the needs and concerns that are affecting half the province and I really feel like that is a hefty portion of the population. I mean, I could be wrong.

For now, I can simply thank the panel of women who presented the questions, in such a flawless and impacting manner, the Status of Women for having the debate and making women’s issues a priority, as well as asking some very pertinent and relevant questions and Debbie Cooper for moderating the whole forum.

Until then, I will hash through some of the other issues brought forward and see if they will apply to my community, family and the betterment of the people of Newfoundland and Labrador. Hopefully, I can narrow it down to one possible Premier. A white, straight, able-bodied cis male Premier to represent us all. 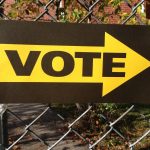 Can the candidates really represent women?