Oh me nerves: Preparing for my TED talk

Driving home from work one day, I heard an advertisement on CBC Radio about TED talks coming to St. John’s. I was always a big fan of TED and had no idea that they came to St. John’s. I was excited to go home and look it up to see when it was and how I could get tickets. Turns out I wouldn’t end up needing tickets after all. When I got home that day, I saw there were still a few days left to put in an application to be a speaker. Should I do it? Giving presentations is one of those odd things for me. I suppose if I had my choice, I would never have to get up and speak in front of a crowd ever in my life, BUT (and it’s a big but) I actually enjoy giving talks, toasts and everything else…so why not a TED talk?

I always had a basic idea of what I would talk about if I ever did a TED talk (something around epidemiology, bias and beliefs) and luckily it fell into the theme for this year’s event which was ‘Make and Belief’. I filled out the online application and figured I may hear back, I may not, and kind of forgot about it to be honest. Then a few days later I received an email saying I had made it to the next round of the process and would be required to do a five minute presentation to a team of TED folks. OK, now it was getting a bit more real than just filling out a form on a website.

I showed up at Common Ground (a super-cool common workspace, check it out) and did a little presentation about what my TED talk would be. I answered a few questions from the very friendly TEDx St. John’s crew and left the meeting thinking I had a good chance of being asked to be a presenter at the event. 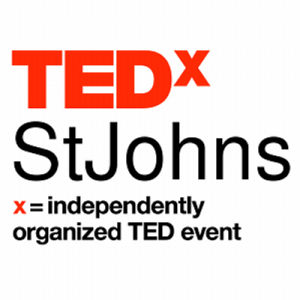 Then a week went by, then another, then I emailed some people asking what was up and was told I would hear back soon. After not hearing back for at least an hour or two, I assumed I didn’t make it. Oh well, maybe I’ll try again next year. Maybe next year’s theme will be ‘Epidemiology and How Awesome It Is”, I would be a shoe in for sure.

To my surprise and happiness, a few days later I received the email that I had been chosen to be one of the presenters. I was super excited to be one of the many different speakers to be gracing the stage at this cool event. So I made my way back to Common Ground to have a chat with the team…and this is where I found out that I was one of only six speakers. I thought it was a whole weekend long event and I would blend into the crowd of the 30 or so other speakers…yah not so much.

Over the next six weeks or so I was involved in numerous meetings, writes, re-writes, slide changes, practicing with my speaker coach (who is a super smart doctor by the way) and practice, practice, practice. For a while you think everything is fine – while you are practicing your own talk you watch TED talks online and imagine yourself giving a flawless, super popular talk…then you practice for the first time without your notes…and it’s terrible! As my fellow TEDx St. John’s speaker Anne Malone said, you get “an impulse to flee the country rather than present the WORST talk ever.”

So you keep practicing, keep getting better and better until you are saying your talk in the shower, to yourself before bed, in the car, while you’re eating lunch, to anyone who will listen.

Our first big full rehearsal is tonight and I’m happy to say I am completely off script and have probably said my speech over 100 times. Most of the words have lost all meaning. But I think it rocks.

Only two more days until the real thing. Nervousness is slowing giving way to excitement. Slowly. 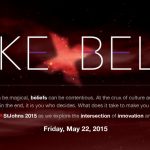 Oh me nerves: Preparing for my TED talk