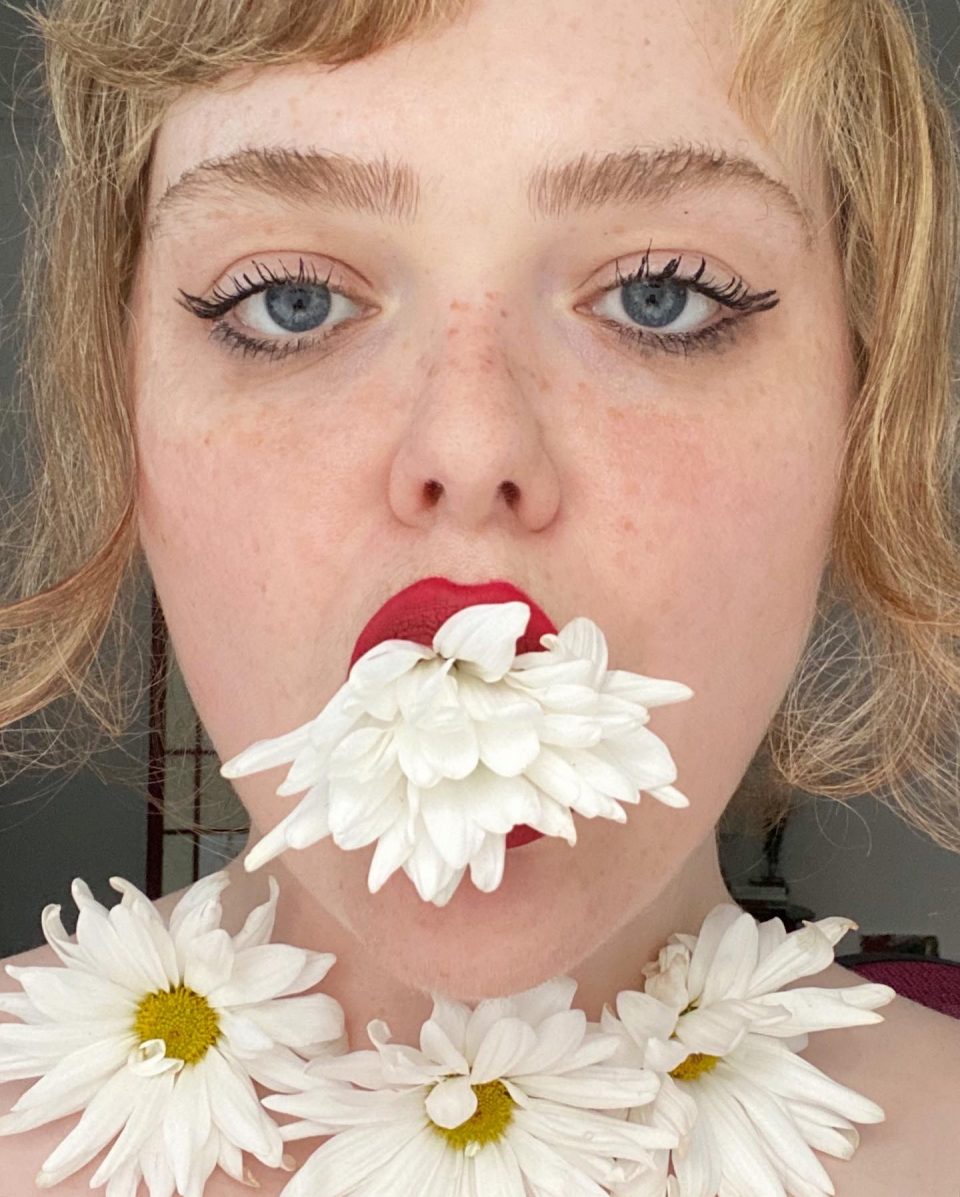 When artist and writer Katherine Alexandra Harvey wakes up in the morning, she heads outside to connect with nature and set herself up for the rest of the day.

“I spend a lot of time reading, writing, painting, and creating visual art. If I’m not in my studio, I’m most likely outside, somewhere in the woods or near the water,” said Harvey.  “I function best in the mornings so I’m usually up with the sun, and the first thing I do is head for the ocean. It centers me for the day. Then I’m able to begin working.”

The Cupids native is a multifaceted artist, who has explored creativity on numerous levels. Her many experimentations with art came from being surrounded by family who had experience in multiple avenues.

“I come from a family of artists; my grandparents are potters, my father is a writer and filmmaker, and my mother pretty much made everything one person could, from sculpting to painting, and making paper to collecting water from the ocean to make sea salt,” said the artist. “So, I was always encouraged to be creative, and to do it in ways that weren’t perhaps considered typical. I spend a lot of time reading, writing, painting, and creating visual art.”

Experimenting with different forms of creative expression is evident through her many projects. After writing her first novel, Quiet Time– Harvey took pieces from her manuscript and gave its pages new life in a piece titled The Rewrite Project.

“The Rewrite Project happened quite organically. After I completed my manuscript, I had hundreds of editorial pages, and I didn’t want to throw them away. I wanted to repurpose them somehow. I used to make paper with my mother as a child, so I called her and asked if she would run me through the process.”

The novelist began by taking the pages and breaking them down to pulp and then soaking them in water from oceans, lakes and streams.

“It was very important to me to incorporate elements of nature, especially the places I frequent that have personal significance. I began foraging for natural ways to dye the paper: berries, leaves, flowers, etc. I also began drying flowers and using them in the work.”

Each piece is completely original and one of a kind with stamped words that are only featured once. The words derive from notes Harvey had jotted down while writing her novel, but never made it into the final edits.

“Symbolically, I believe the project was about deconstructing my identity as a writer and piecing it back together in a way that was mine and mine alone. Being the daughter of a well-known writer, I think it was important that I created my own space and identity within the field,” said the author. “In a way, I needed to know what was behind my desire to write this book. I wanted to break down this idea of writing being, historically, a man’s domain, and find the feminine in it.”

Harvey describes her debut novel as one based on personal experience. It follows a young character named Grace and her experience with family, struggles with mental illness and addiction, as well as a relationship with a painter named Jack. It takes place in a small rural community that is never named.

“It’s her coming-of-age story, told non-chronologically, flashing between her childhood. I’m a trained folklorist, so the novel is also filled with folklore, legend and the supernatural. It is very much a story of growth, forgiveness and the pains we must endure to become whole.”

The creation of Quiet Time was more than simply writing a book for the author, it became a growing experience, as well as a point of reflection.

“Writing ​Quiet Time​ was one of the most cathartic experiences I’ve had in my lifetime. I began the process in 2017, when I was going through a particularly difficult time in my life. I found I grew in accordance with the book, and learned so many lessons. It was a process of acceptance, of what had happened, and how/why I had gotten to this point,” she said. “I hope people take from this book whatever they need. It’s scary for me, as the book is incredibly intimate, but I decided to open myself up the way that I did in hopes that it may help others, and maybe, make them feel a little less alone on their journey.”

Harvey also worked with the NL Heritage’s Oral History Roadshow, a project that travelled to 10 communities to share stories and memories with others. The roadshow was a means to keep the concept of oral history alive and have stories easily accessible to the public. Harvey, with other contributors, interviewed people in the different communities and edited their stories for a series of booklets.

“The Oral History Roadshow Project is very dear to me. It was the first big, writing project I was a part of. I have so many great stories but my favourite trip was the one to Bonne Bay Cottage Hospital on the west coast. We stayed in an old cottage hospital, which now operates as a community centre and hostile. It was such an unique experience, and the people we met spoke so fondly of working there. It was just lovely,” said the contributor. “They had a small museum room with all the old, barbaric tools they used to use, so I enjoyed hanging out there. I also had the old hag one night, so the trip was memorable in many ways.”

On another platform, Harvey has garnered quite a following on social media through her instagram page @moodybarbie.  With 10k followers, her page displays how flexible  her art can bend and various it can be. A large ever growing artistic piece in itself, Harvey’s posts feature herself as an almost canvas of expression – in a completely raw and unique way.

“I have a love/hate relationship with social media (as I’m sure most people do). I think it’s an excellent tool for connection, and I have met so many people who I admire through this platform. I like the freedom it provides me; being able to display art however I choose. But there is that dark side, of course, and with my work I open myself up to a certain sexualization that is sometimes disheartening,”  she said. “But, at the same time, I know I have helped others by being open about my struggles with addiction and mental illness, or issues with body acceptance, so that is the silver lining and makes it worth it to me. I try to curate how I post on my page, but mostly it’s just whatever inspires me at the moment. If you look at my instagram, you may think there’s no rhyme or reason to it, but it makes perfect sense to me.”

Check out her webpage 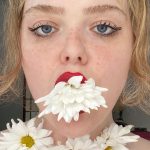