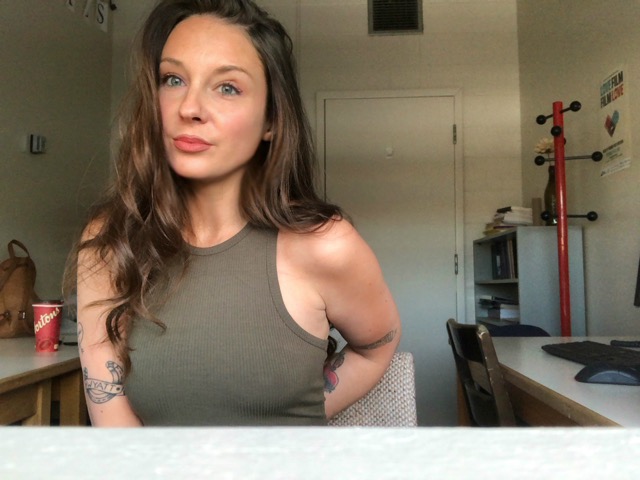 There are many different identities people adopt when considering their own character.

Krysta Fitzpatrick- Sceviour of Mount Pearl can relate to those multitudes, especially when it comes to the theory of m(o)therhood.

“I learned about M(o)therhood because you’re a mother but you’re also othered. It’s a feminist theory, we as women,  we are othered because we aren’t men. Man is the subject and woman is the object. We’re different, there’s a difference in womanhood,” said the Gender Studies student. “When you’re a mother, there is something different and you don’t just connect to being a mother. I thought that was very interesting. Being a mother but also being something different as well, I connected to that. I am someone who felt like they didn’t connect to motherhood, or the traditional version of motherhood very well.”

A mother of two young boys, Fitzgerald- Sceviour recognizes that everyone can relate to diverse elements of motherhood and self- identity and it looks different for everyone.

A traditional mother is “A person who wants to be home, idolizes their kids, gives up a lot of feminine and sexual identity when they become a mom. Flood their social media with stuff about their kids or flood their life with things about their kids,” described Fitzgerald-Sceviour. “I am not dissing that or saying it’s wrong but that’s not what I want or who I am.”

Traditionally motherhood doesn’t tend to be celebrated sexually. Fitzgerald-Sceviour has been writing for a gossip blog located in the States since 2013. During her research she noticed when a celebrity who is a mother celebrates her sexuality or shares it on platforms, it’s interpreted as negative or incorrect.

“I have noticed with female celebrities, someone like Kim Kardashian or Chrissy Teigen, especially the ones who presented themselves as sexier before kids – when they do post their more explicit pics or anything remotely sexy, you will always see in the comment section things like ‘you’re a mother, cover up.’ said the feminist. “It made me think, who cares if they’re mothers, they are still women.”

Fitzgerald- Sceviour sees the importance of of women connecting with their sexuality, whether they are mothers or not. All women have the right to appreciate their bodies and how they feel.

“After my second son, it was more of a hit to my identity to be a mother of two children. It’s such a hit to your body and identity but after a few months went by and I felt very good about my body and very sexual and in a sense wanting to sexualize myself for my own sake and to remind others that just because I’m a mother, it doesn’t mean I am not a woman and it doesn’t mean I am not sexual,” she said. “I am a grown woman now, I like my body, I am sexual and I shouldn’t have to hide that just because I have kids.”

On international Women’s Day this year, Fitzgerald- Sceviour embraced her sexuality publicly and posted a photoshoot of herself on social media.

“I wanted to feel good. Regardless of what I post online, I really spend the majority of time in sweatpants, with no makeup and little sticky fingerprints all over me with a messy bun covered in dry shampoo,” admitted the writer. “Every once and awhile, I think it’s important for not just moms, but women to take some time to feel sexy and feel good about themselves. I think it’s important to have pictures of yourself so you can look back and say ‘like oh my god, I was really hot,’ instead of just having pictures of you with your kids. You are more than just with your kids, you are a woman too.”

Last year, Fitzgerald-Sceviour’s Facebook page gained traction when she shared a post titled The Great Depression, regarding her experiences with postpartum depression.

“The first few months of my second son’s life were brutal. I had postpartum depression with my first son – it wasn’t quite as bad and I wasn’t quite as open,” said the mom. “ Wyatt (her second son) wasn’t even a month old and it was Mother’s Day last year and I feel like that day will be a trigger for me. I was so depressed. I was sad right away when he was born but I was hoping it was initial baby blues due to hormonal changes. On that Mother’s Day I looked at my husband and said I think I am suicidal. Early on, I knew I had bad postpartum depression.”

Fitzgerald- Sceviour also suffers from a not well known condition named Dysphoric Milk Ejection reflex (D-MER), which was her main reason for sharing her experience on social media- to let others know. D – MER occurs when a lactating women experiences emotional side effects during the letdown of her breastmilk.

“Very few women know about this, it wasn’t recognized by the medical community when I had my first son. When a woman is releasing milk, they can suffer crippling anxiety during the entire release of milk, and for a few minutes after, or intense anger, or deep depression like your joy is being sucked out by your child. I had the sad version, I was achingly sad. There were times I was breastfeeding and I would sob and get so depressed. I thought I was losing my mind. It was so comforting when my doctor said this is a real thing. I wanted to talk about that publicly because so few women knew about. “

Like motherhood, postpartum depression doesn’t exclusively define Fitzgerald- Sceviour. She is currently writing her THIRD thesis, she’s an academic attending school and working full- time. Referring to herself as #sadmom, she runs a blog discussing her life challenges as a mother and a plethora of other fine topics, including “sex, books, movies, 90s trivia and Disney Channel.” At the same time, she creates and sells artwork under the title Apple Yard Valentines.

“I’m a little bit of an overachiever, I don’t know why I do it to myself, I like doing a lot, I like doing everything pretty much.”

When it comes to identity, it’s important to take care of yourself and do the things that fulfill you directly.

“I know it sounds selfish, but it’s ok to be selfish sometimes, especially when it comes to your own sanity and to not give yourself completely to your kids. Do something for yourself too, find interest and hobbies. It doesn’t have to be work or going to school. Find things that relax you and make you feel good about yourself and your talents or abilities and focus on those sometimes.”

Three pictures within content were taken by Lauren O’Leary

Check out her artwork @appleyardsvalentines 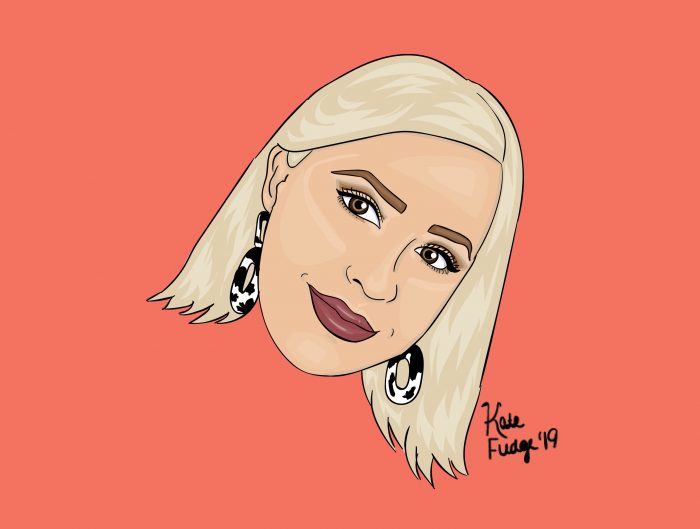 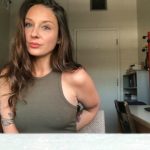