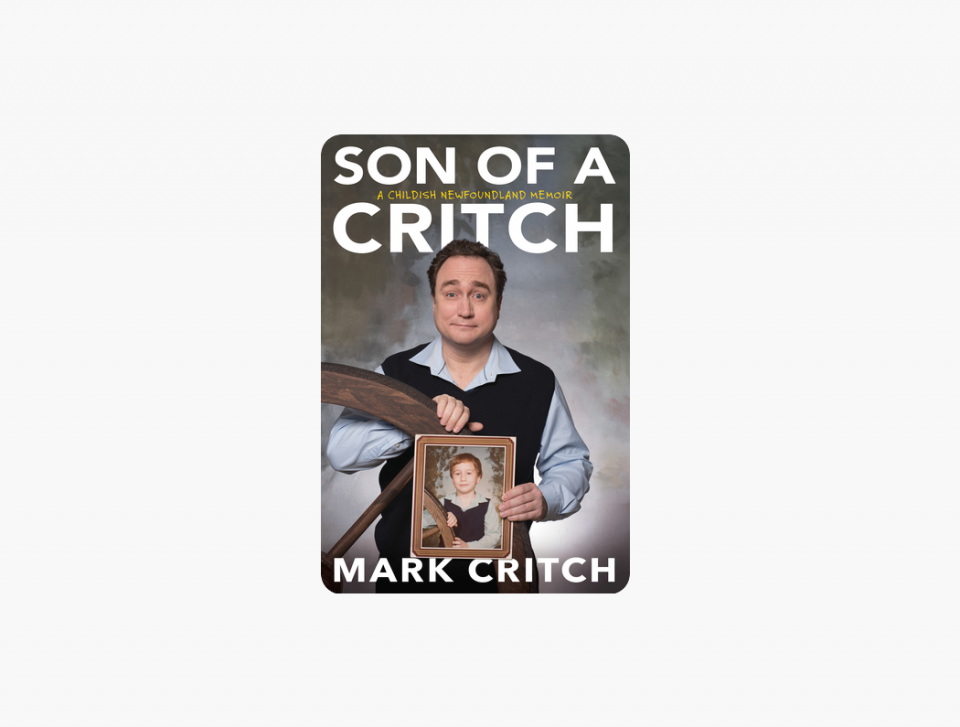 Some moments remain permanent fixtures in our lives and in turn become memories. Mark Critch has been able to bring these spaces of time from his childhood back for revision in his book, Son of a Critch. The well-known funny man can easily bring a smile to anyone’s face and while his book is embedded with a lot of great punchlines, Critch was capable of reviving his childhood and putting it down directly on  the pages of his book. He invites his readers to join him in his family home up the hill on Kenmount Road, decorated with fumes of tobacco smoke,  a secluded telephone table and a mother whose sentences run on like a ‘leaky tap,’ as he calls it.

“Those formative years are still quite vivid for me. The moments in the book are there because those events are the ones that stuck with me. I can still remember exact details of the day my Grandmother died for example. Now, the day before or the day after, not so much,” said Critch in an email. “Many of the stories in the book are either somewhat traumatic or were moments of enlightenment for me. I think we all experience memory that way. It just so happened that many of them happened for me in early childhood.”

“I found that the more I tried to remember the more I remembered. One memory would spark another until I would be writing about things that I hadn’t thought about in years,” he continued. “I researched many of the events after I finished to back up what I was saying and I was amazed at how accurate the memories were.”

Critch’s career is flanked with many forms of writing, mainly that of comedy, whether it be sketch writing  or stand up. However,  this was his first time taking a shot at a book. The memoir was a different type of experience for the author.

“I found writing the book to be meditative. Much of my other writing is reactive. I see something in the news and I write a skit about it. This allowed me to follow my muse and see where the stories led me. I found it to be freeing,” said the comedian. “And it was nice to visit the past again. It was therapeutic and I missed the process when it was over. The closer I got to the end of the book, the slower I would write. I didn’t want it to end.”

The book covered a lot of hilarious moments, with happy memories that may have been stressful to the writer at the time. In one chapter, he recalls when he found himself locked out of class on a fourth-floor ledge hustling to make it back inside unscathed and unnoticed. His harsh and dark description of the class introduction to an ominous leather strap, though frightening it’s well-  balanced with humour. While the book bounces through embarrassing and easy going staples in a young Catholic Newfoundlander’s life, it touches on some serious points as well.

“I was hesitant to write about Mount Cashel, but I felt like I wouldn’t be honest with myself if I left it out. I didn’t want to seem to be making light of it. But what happened was earth-shattering for someone that was going through Catholic school at the time,” recalled the author. “The bubble had been popped and there was no going back. The experience taught me not to trust everything people in power say and in some ways that started me off on my whole career path.”

Critch might be best known for his role on the comedy sketch show This Hour has 22 Minutes.  On theshow, the host parodied famed premier Danny Williams, anchored the news and acted alongside other Canadians in several skits.  “The Cod Father” is one of the pieces that stands out for the actor.

“I think the skit I did with Gordon Pinsent, Allan Hawco and Danny Willams after he announced he was resigning as Premier of Newfoundland and Labrador,” he said of his favourite moment on the show. “That skit has stuck with people and it was such a last minute thing. It was a lot of fun. That and getting to co-write a special for the Muppets. Writing stand up for Fozzie Bear and song for Kermit? It doesn’t get much better than that.”

The Supreme Newfounlander, better known as Pinsent is someone Critch looks up to as a proud Newfoundlander.

“I’m a big fan of Gordon Pinsent. He’s a great friend and the Pope of Newfoundland and Labrador. He’s an actor but also a writer, painter, singer and furniture maker! More than that, he’s the lighthouse that shone the way for so many of us artists from home and he’s a great guy to have a chat to. I love him, dearly.”

While Pinsent is a Newfoundland legend and household name on the island, Critch said you don’t have to look far for any upcoming talent.

“We have so many great young people coming up. There’s a very talented young lady by the name of Vicky Mullaley. She’s a comedian and a great hand at writing comedic songs. Matt Wright is a brilliant young stand-up. I could go on for days,” he said of local talent.  “There is a very vibrant and exciting and supportive comedy scene in Newfoundland and Labrador right now. There’s a group called The Outhouse that have a huge online following. It’s a very healthy scene. I’m excited to be a small part of it.”

In his spare time, Critch loves taking it easy in St. John’s, walking down Water Street and having a bite to eat in one the many great restaurants downtown.  Good company and good food are compliments of the island he’s glad to enjoy.

“Friends and food and  drinks. You can’t go wrong. Always make friends with chefs and bartenders.”

One thing is for sure, whether it’s writing a book, doing stand up, having a feed at Mallard Cottage or removing his shirt in the company of Prime Minister Trudeau, Critch is thankful for the many moments he has experienced in his career, and the many people he has had the pleasure of meeting. “Getting to do what you love for a living is an incredible gift. The best part has been meeting people. Not enough people get to travel across this great country of ours. I get to meet people from all walks of life and the best thing is that many of them feel as though they know me. They’ve seen me on TV or have read the book and they have a connection.” said Critch. “ So they are very welcoming and that is a wonderful thing. Getting to be a part of someone’s life and welcomed into their home, whether on their TV screen or on their bookshelf, has been the greatest honour of my life.” 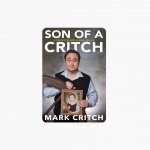