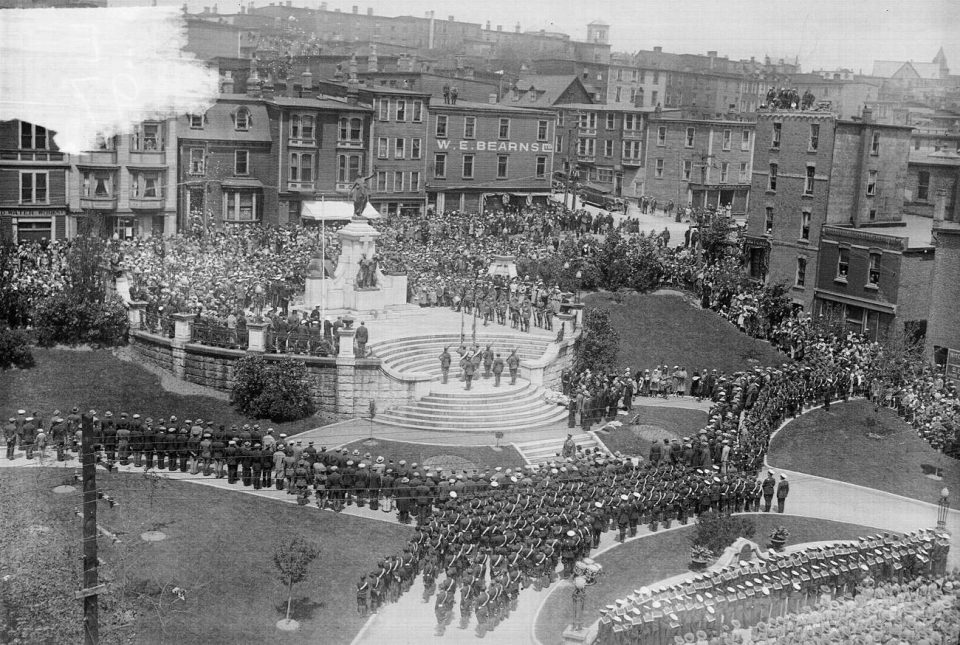 This is top news story stuff because I feel like it’s not getting enough attention.
So first day back to school in Pouch Cove, everyone is a bit nervous, kids and parents alike. I know “Back to School” is a first world man made stress that we have created as extremely privileged and petty people, but it is how we function.

So parents are chillin’ at the bus stop waiting for their kids to arrive home. They are excited to hear about their day, their disappointment in the teacher and view their lunch bags to see what can be salvaged for supper.

The bus is late. Parents have that slight panic and concern but they aren’t freaking out. You know that feeling when you look up from your book and your kid has moved locations at the playground. For a split five seconds your eyes dart around and your head imagines every possible kidnapping movie known to man.

So at this point parents are feeling that uneasiness but doing alright.

Then an hour goes by.

Then Two hours go by.

HONEST TO GOOD LORD MIGHTY. I would lose my mind.

I get it, this generation is known as helicopter parents who are worry-freaks and cannot separate themselves from their role as parent. Trust me, I recognize that when our generation gets in their fifties and their kids are moved out, we will be totally screwed because we have no purpose other than our kids and we have no individuality. Well not me. I got my concerns in check and my kids all lined up too. I am a fierce believer in independence. Whether my kid agrees or not because she likes to position herself around my leg most of the day BUT I am not a helicopter parent.
BUT TWO HOURS. I would burn that school to the ground and lose my mind at every individual in that place.

And you know what? The school was just all like: dang it guys, please be patient with us because we have a new busing schedule. We are confused. No need to panic.

My mom had to sign off on field trips in the 80s. That was back when peanut butter was rampant in the schools and no one gave an f about anything. So if it was a requirement in the 80s (when children were allowed to fail school), than why you trekking off with my kid for a two hour field trip and not losing your minds with over apologies. Why aren’t you calling bus drivers and asking where in the f— they are? Why aren’t you jumping from your seats and locating buses immediately?

The school system just seemed a little apathetic to the whole thing and didn’t not seem to create an immediate resolution but rather stated “we don’t know where your kids are but it’s not that big of a deal, ya know”
Politics

Remember that turd who IS a convicted rapist also known as Brock Turner? So this douche was caught raping a woman behind a dumpster and he got charged (which, by the way, is a miracle in itself because people rarely report these incidents and they barely manage to get a conviction if it does go to court.) 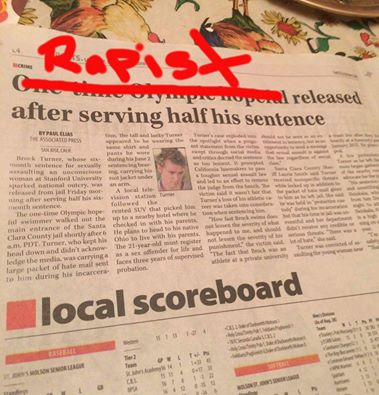 So The Rapist, aka Turner, received a guilty verdict. But get this- the judge felt bad for this sack of turds and thought jail might affect him permanently. What’s that cliché sentence, “don’t do the crime if you can’t do the time?”
Shouldn’t the fact that he is comfortable raping someone mean he is already an affected person? Shouldn’t he be punished for his actions even if they may have impact on him? Wait now, isn’t that the POINT, don’t we all want it to affect him and change him and punish him?

Then his father pleaded for a sentence reduction and stated that he thought he shouldn’t be punished for “twenty minutes of action.”

Suddenly the time it took to complete such a vile and gruesome action is relevant to the punishment? You know that murder can happen in 20 minutes too right, so should we downplay a murder if it only took a couple of minutes? I’d like twenty minutes of action with Brock without punishment, I’d like to see how my rage plays out in 20 minutes without any sacrifices.

Social media and the world reacted harshly to Turner’s sentencing (a crappy six months) and yet he was actually let out early for good behavior.

Here’s where it hit home. The Telegram decided to run the latest update on Turner’s case. The whole reason this incident has became global news is due to the lack of punishment the rapist received and Turner being publicized as a swimmer rather than a criminal. Apparently his athletic skills are relevant and should be considered rather than his rape.

Well our local paper pooped the bag on this one, big time. Last week, we noted that the Telegram did a fine job of shaming anti-feminist internet trolls and taking the front page of the newspaper to post a column to fight back. That is uncommon. You don’t normally take the front page and protest the hatred of the world in a biased manner for a good cause. Journalists are supposed to be unbiased and news focused, but this was an exceptional case and we thank you for showcasing the issues at hand on the front page.

Unfortunately, The Telegram’s headline for the Turner( Rapist) case was a little biased in the wrong direction.
It read: “One time Olympic hopeful released after serving half his sentence.”

Kerri Claire reposted the headline on her facebook and edited it properly.

It read: “Rapist released after serving half his sentence.”

The Telegram responded to Claire and stated, “Kerri, we erred with this headline. We respect and appreciate your response. We will do better.”

Let’s hope next time this story rears its ugly head we call Turner for what he truly is, a rapist. That is the only characteristic deemed worthy of mention when it comes to this story. His athletic goals and dreams and pass life are irrelevant. The only thing we known him to be is a rapist and he should be constantly referred to as such.

The rescue mission for two missing boaters turn to a recovery effort.

The search for the two missing fishermen has been handed over to the RCMP.

Our thoughts and prayers are with the community of Shea Heights. 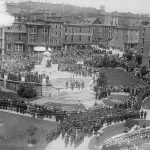