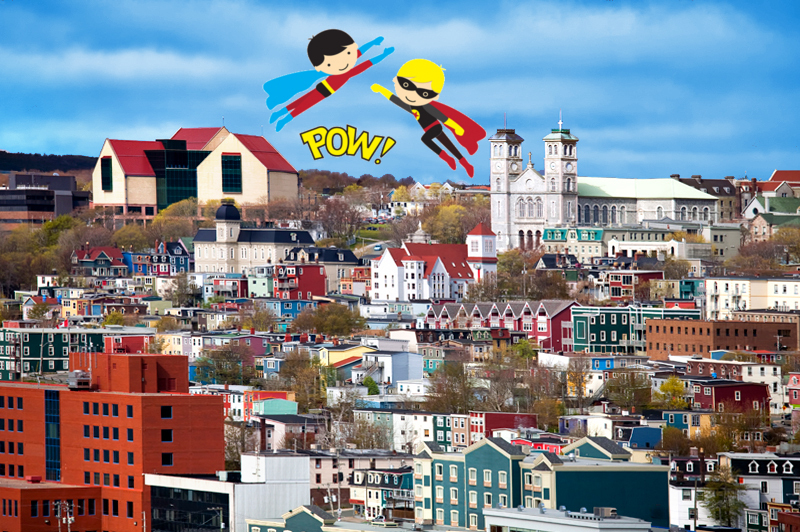 What a time to be alive if you’re a nerd. I don’t know if you know this or not but comic books, comic book movies and superheroes are a real lucrative and mainstream thing nowadays. How did this happen? Some people point to the Spider-Man and Dark Knight trilogies as the reason the whole world is wrapped up (Spider-Man pun INtended) in superheroes. Spider-Man brought comic book movies back to the mainstream and The Dark Knight trilogy made them “dark”, “gritty” and “grounded” (which I have issues with but will save you from the rant about why the Nolan movies are not a true representation of Batman).

Maybe it was Spider-Man in 2002 but it was Seth Cohen from The O.C. in 2003 that made me come to terms with being a nerd. I thought he was the coolest character on television and like Seth, I too started developing a comic book (I’ll use the term “comic book” loosely as I really have no artistic ability, nor do I have much knowledge about writing a comic script…is it a script? See?) that was a loose adaptation of my friend group at the time and was much more a story than a comic book. My friend (again, because I have no artistic abilities) designed the characters and collaborated on names and powers.

Now I’m nearing thirty and still as in love with superheroes and the idea that someone would use their gifts for the greater good that I figured why not give this creating a superhero thing another go? I also think it would be fun for us to have a superhero in our own backyard. St. John’s is the oldest city in North America and has so much history. We also have some history in Marvel Comics having appeared in books featuring characters like The Avengers, Deadpool, Wolverine, and X-Force. I also remember reading something about the city sinking or flooding in one of these stories. (Of course, I cannot find the source for this right now).

Being a sunken city and battleground for these notable heroes is not the way I want our great city to be remembered. What would a superhero whose base of operations in St. John’s look like? What powers might they have? What obstacles would they face?

First thing’s first, our hero needs a good origin story. A memorable origin story is key. Batman, Superman, and Spider-Man’s origins are all so well-known and part of popular culture and almost a modern-day form of mythology. How will our hero’s journey start? Let me backtrack here by saying our hero’s gender can be open to suggestion. What’s important to me is that our hero is a social activist type MUN student who perhaps works for The Muse (or writes for Tint of Ink?). What does our hero study? I’m going to go with something in the Arts faculty because why not? (Plus I’d like to shine a positive light on Arts students, as I was one.)

Our hero is a social justice and environmental activist so he or she is writing a sort of expose on a big oil company that has offices in St. John’s. This company has been accused of some shady dealings in the past, specifically illegal dumping of toxic chemicals in St. John’s Harbour. One evening, our hero-to-be suffers an unfortunate accident when trying to uncover information or gain evidence for the article he or she is writing. The accident would involve falling into the harbour and coming into contact with these toxic chemicals.

Our hero-to-be washes up on shore and is rescued by a wealthy doctor who lives near Signal Hill and saves our hero’s life. Once our hero awakens and remembers what happened things start getting strange. And here is where the powers come in. What powers would a superhero who lives and operates in St. John’s possess? The first thing that comes to mind would be heightened sight giving our hero the ability to see through the fog. Our hero would also be able to harness the power of the gusty wind we often are attacked by to sort of fly and perhaps have the ability to “hunker down” and not be pushed by strong winds being able to walk or run easily through it. With these new abilities combined with their activist nature of our hero, he or she will be even more determined to bring down this crooked company.

These days, it seems that most superheroes have a whole team to help them out. Batman has Alfred and Oracle in the comics and Green Arrow has Felicity, Diggle, and Speedy on TV. I like this idea because keeping a city safe would be a lot of work for one person. We all get by with a little help from our friends right? I considered giving our hero another power but thought it would be more interesting to get a suit made from an Engineering student friend that is impervious to cold temperatures because everyone knows if you are going to be running around this city fighting crime, you’re going to need to be sheltered from the cold.

So we have an Engineer ally, and the wealthy doctor would remain on as an ally and allow our team to use the Signal Hill area home as their base of operations.  It would also be useful to have a recent graduate friend of the RNC program at MUN to maybe get some inside information about the local criminal activity.

So our hero has a base of operations, powers, and a support team. What about a name? I wanted something weather related since we have a very tumultuous relationship with it here in St. John’s. RDF-Man/Woman was where I wanted to go with this but that name is not gritty or cool at all. I broke out my trusted thesaurus (and by broke out I mean consulted Google) and looked at potential words for a codename. I settled on Tempest. A tempest is a “violent windy storm” and I thought this would be a great name for our very own vigilante/superhero here in St. John’s.

Like all good superheroes, Tempest would start out honing his or her skills on the streets of St. John’s. We have enough convenience store armed robberies to keep Tempest busy, that’s for sure. Obviously, Tempest would also look to take down the evil oil company as well. Who else might get in Tempest’s way? Perhaps the evil Premier who has former ties to the RNC and is looking to turn Newfoundland into a police ran province? Or maybe the evil Premier who knowingly throws the province into days of blackouts and power outages in order to convince voters to support a new power deal that would secretly benefit her bank account? What about the local biker gang that moves in and begins taking over the popular bars and restaurants? The fact that the evil oil company has been dumping toxic waste into the harbour also leaves possibilities open for other powered allies and adversaries.

The possibilities for a St. John’s superhero could be endless. What might Tempest look like? What would their symbol be? We would need something as iconic as the bat, the S, the spider or the lightning bolt for our historic city. As I mentioned earlier though; I have no artistic ability so I’ll just have to stick to the story. 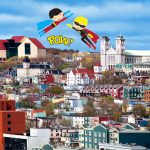