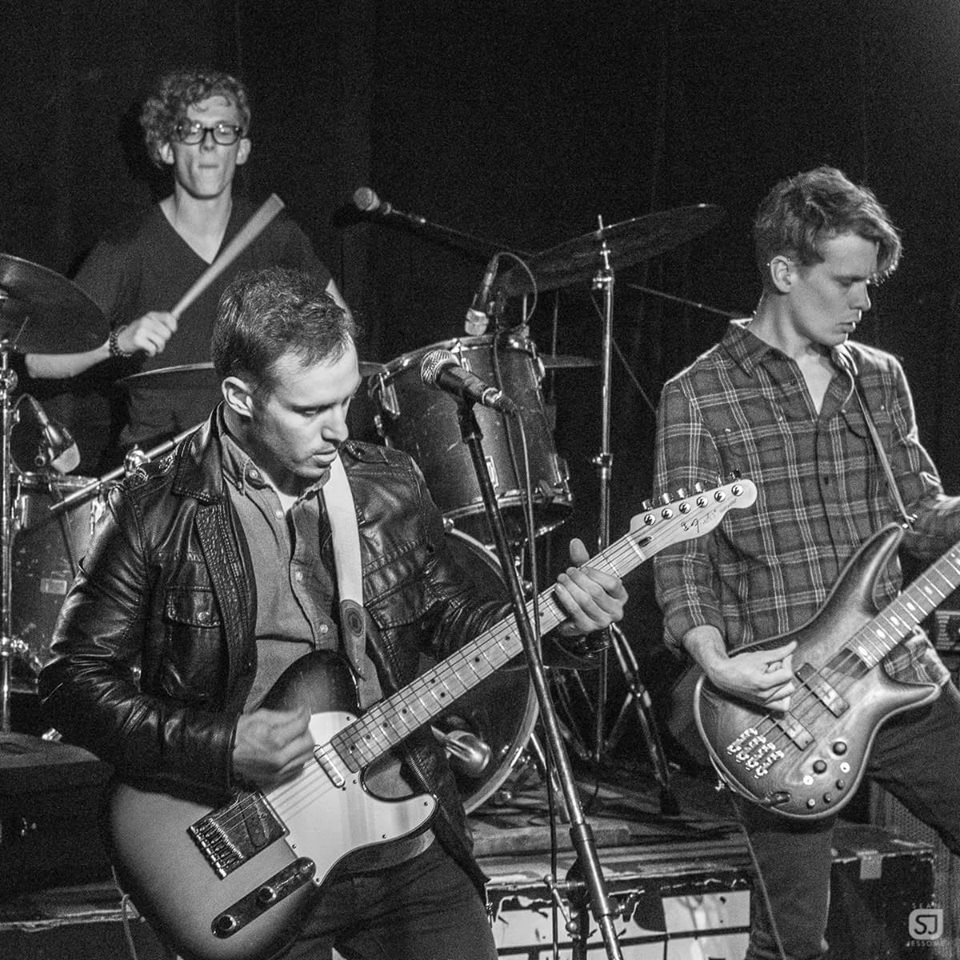 For the longest time I figured my adoration for The Analog Age came from my deep love for the three band mates. They each held a special place in my heart completely outside of their musical talents and my pride was bursting every time they went on stage. Like a mom in the corner cheerleading like a boss.

“Those are my boys up there; they are going to be famous some day! You’ll see, you’ll all see!” 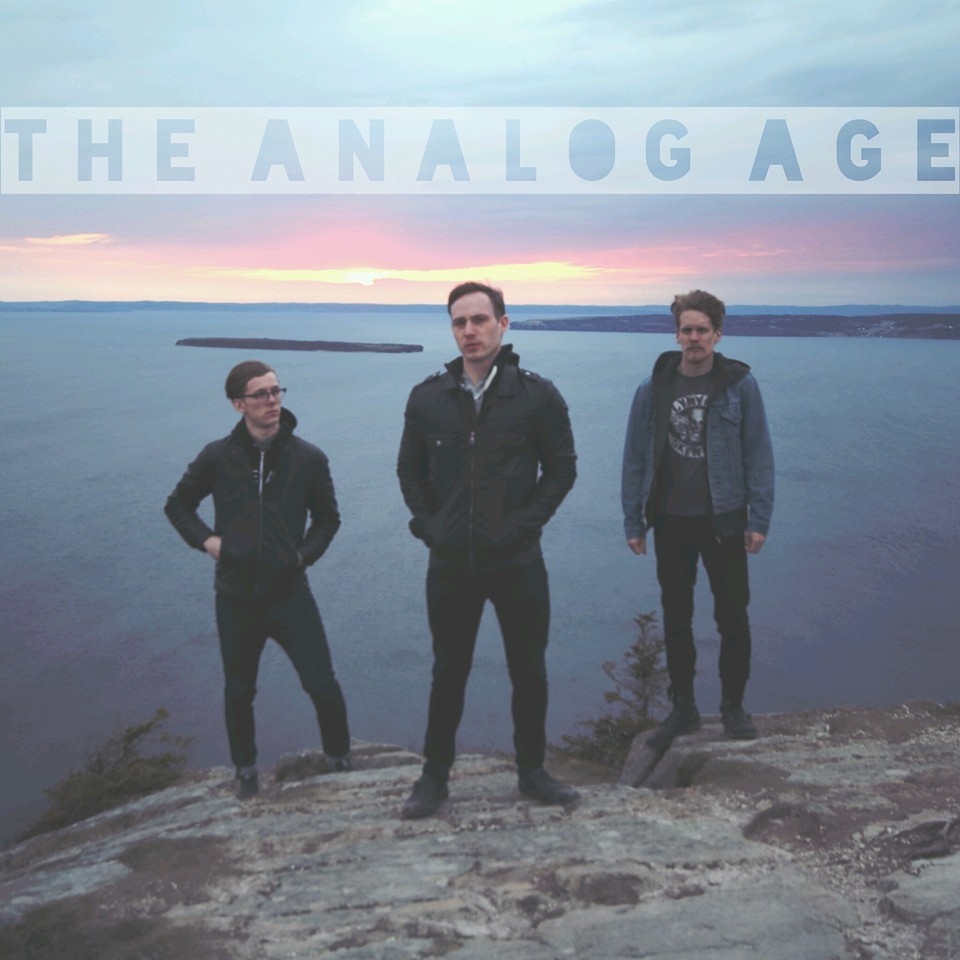 Well in a sense, my motherly instincts were right. In September, The Analog Age posted their first video for “No Sleep” and it went NL Viral. With 12K views and 112 Shares, these boys have some recognizable talent.

During this tidal wave of social media loving, I sat down with the sweetest little blonde boys you ever did meet and we had a chat about MusicNL, relationships, the local music scene and a slew of other great topics.

Lucas Hanrahan, Hammer Clark, Daniel George and I cozied into a coffee shop for a brief but hilarious back and fourth.

I had walked in on a conversation about what would happen if Basic White Girls had super powers, what would they be.

Lucas: Maybe they keep taking their pants off and there is always a pair of leggings underneath and their feet turn to Uggs.

Me: Their scarves just keep getting bigger

Hammer: They are unable to speak proper English.

Together we asked what would a Basic White Girl’s weakness be, if a silver bullet can take down a werewolf and Kryptonite is Superman’s downfall, how would Basic be challenged.

I suggested rejection may be her one and only vulnerability.

Lucas: They crave attention like a werewolf craves flesh. Stop complimenting her or she will become stronger and healthier.

Dave: Stop liking her posts! The more she gets, the stronger she becomes.

Seems like she has taken on a villain-isque quality.

After we moved on from some great material for viral memes, we actually discussed The Analog Age. Since I have known this rad group of guys for some time now, I also knew they were great friends. So why did it take them all so long to become a band?

“We had played together a bit before and someone finally asked us if we wanted to play a show together and we were like ‘let’s get our shit together,’” said guitarist, Hanrahan. “I was just thinking today that we have been playing for like nine months. New Years Day was our first show, which is a good even day to start being a band on.”

(Clearly this interview was conducted a few months ago and we are now publishing on the crux of The Analog Age’s one year anniversary.)

“My New Year’s resolution was to start a band and so far it’s going ok,” added Clark.

“We didn’t even have a name. Just a banner on the wall behind us that said, Sweet Sixteen,” recalled the drummer. “Which now resides in the basement.”

So where did the name The Analog Age come from and how did they narrow it down?

“I have no idea, I was on Facebook one day and found out we were called The Analog Age” said bassist, Clark. “I was like ‘alright that is cool,’ so then where did it come from guys?”

Hanrahan recalls writing down names and putting them together, sounding them out to see what fit aesthetically.

“It worked out because when people listen to us they say ‘Ahh Analog Age, I get it. It’s super old school so it’s like the analog age,” explained George.

The conversation between the three boys flows like a prescripted sitcom. The back and forth is uninterrupted and well played out.

Honestly, I could have sat there and rode the conversation without accessing any useful information whatsoever. So again, it makes it hard to understand why it took lengths for the three of them to jam in front of a live audience for so long. As band mates, they were meant to be.

It is as if some weird musical friendship fairy has been forcing them to be together this whole time for the entertainment of all others, whether it be through music or conversation. 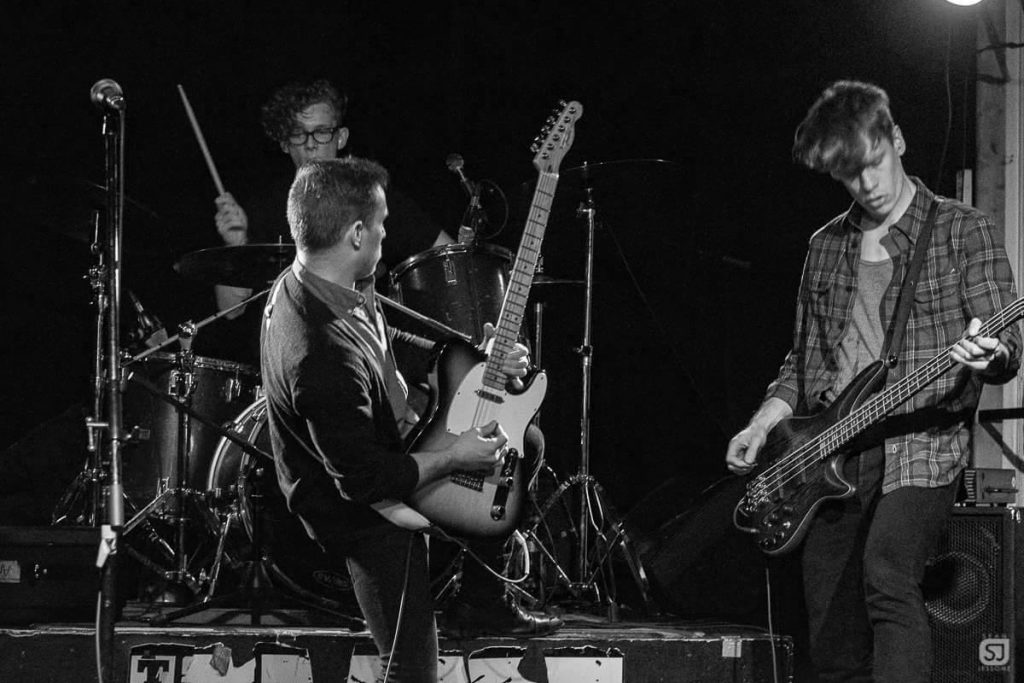 So with The Analog Age making some footing in the music scene, are they blasting it out every chance they can get or how do they start a name here in St. John’s?

Though they are unsure of the number of times they have played, but it’s been quite a few times in a short span. However, they are leery of saturating the scene.

“I think there are enough bars that always want live music that once you start playing and people know you are willing; you will be asked all the time. We try to turn down shows, we have had to. There are certain bars that are desperate for bands and we have found a niche of venues that have asked us to play more than others. Some of the bigger bars get booked up in advance,” explained Hanrahan. “We have played very consistently for nine months and it’s more beneficial for us to be selective than chose what shows to play, as much as we love playing, St. John’s is only so big and you can only play for so long before people lose interest.”

“It’s the whole idea of novelty. Why wait to see a band that plays all the time? It has to be special,” said Clark.

“The first few shows you want your friends there, but it is more beneficial to look around a bar and say ‘we are playing tonight but I don’t know a single person here’. That’s means you are doing something right because people you don’t know are here to see your music,” added the drummer.

The Analog Age is a unique, talented and passionate trio that can really rip on stage. I know that I substitute as a surrogate mother, so my opinion may seem swayed but turns out I am in good company.

Check ‘em out the next time they play, in the meantime watch their video and help us construe some Basic White Girl Super Powers OR if you have the cash flow, simply ask them to have a convo in front of you for an hour, it’s decent and hilarious entertainment. 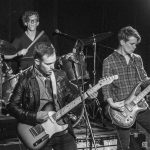