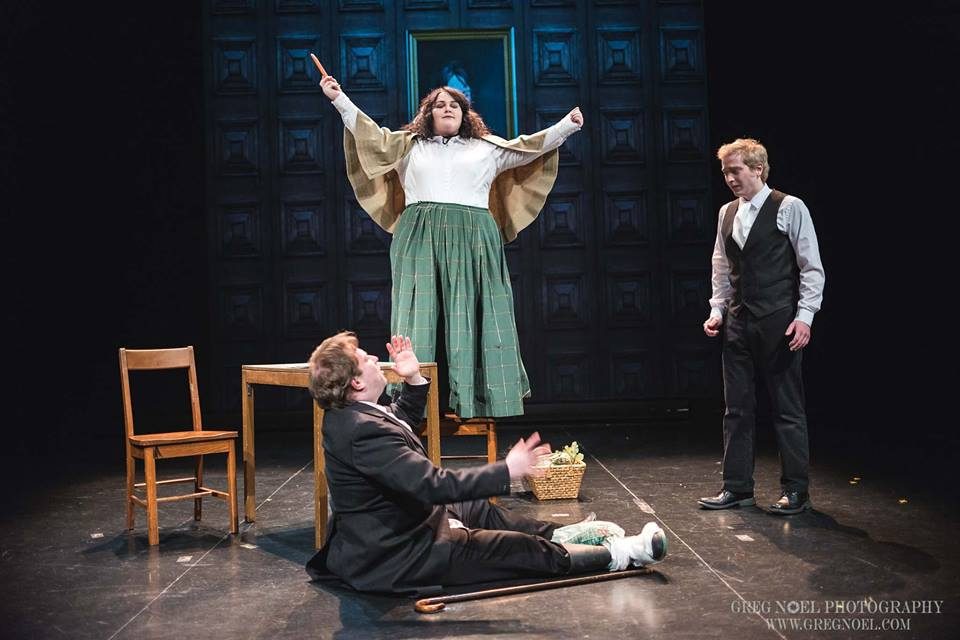 Riveting Productions is like no other local theatre company. It remains focused on student based members, with over 80 per cent of members studying at Memorial with a varied focus of study.

“When we started Riveting, we wanted to make sure that if people wanted to learn how to do stuff in theatre, there would be an outlet for them to learn and explore to see what they were interested in,” explained co-founder Stephanie Curran. 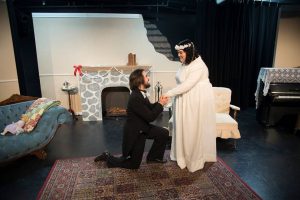 For Curran, it all started in grade 11 when her English teacher asked her to work backstage for the drama club’s Christmas concert.

After High School she joined the St. John’s Players as a stage manager and in 2014 she took her first role with the company. She has since played many roles for several different companies.

“I had been in a show choir with school, and have been enrolled in dance lessons since I was 3, but never just theatre. Once I started I was hooked, and that really started my involvement with the St. John’s theatre scene,” she said.

I personally have watched Curran grow into an actor, as she once found herself behind the curtain; I waited patiently for her to step out on the other side.

I first actually heard of her Vine stories, which I followed and loved before I had even met her. Even in those ten second glimpses, whether simple or hilarious or effortless, they were hilarious and it was evident that she had an excessive amount of talent. Now a fourth Year Mun student, Curran has been involved in entertainment on a lot of levels, but has found her passion with acting. 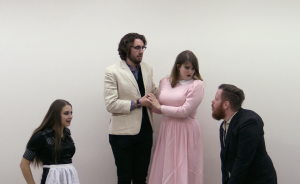 “We all excel in very different areas of theatre, for example, Brooke is our choreographer, Hannah is our musical director, Jordan is our backstage guru, and I focus on acting. We all blend into each others fields, but because we all have different backgrounds, it allows us to work as a team to make sure people are given the best experiences when working with us,” said Curran. “Keeping our company afloat was something we were worried about at first, but we have so many supports and mentors along with us, it is very easy to keep it functioning.”

What makes Riveting Productions a step above the rest, the shows tend to give back. Their First show, Remember: A Night of Musical Theatre, raised over $2000 which was donated to the Alzheimer’s Society.

“We also focus on fundraising and donating money to local charities, to give back to the community by doing what we love,” said Curran.

Between school and Riveting, Curran continues to work with other production companies and is constantly auditioning, rehearsal, performing or in the middle of a variety of projects at once. It has become a priroty for her for many reasons.

“It is important for people to have access to performing arts, because there are so many benefits for being involved in the community. For some people, it is an escape from day to day stress, it allows them to show their talents, it is a very good way to meet friends and a great way to learn a new skill, but have fun doing it,” she said.  “For me, theatre was a big part of overcoming my mental illness. I have suffered with depression and anxiety, and when I got involved with theatre, it opened this whole new world that I could go and escape the things that were weighing me down.”

Curran hopes to attend school in either Toronto or Montreal to pursue acting, while keeping Riveting on the go in Newfoundland.

“I always want to grow and keep expanding my abilities and skills when it comes to theatre,” said the Mun student. “Being on stage is a chance for me to become someone else. It allows me to take a break from a real world, and take form of someone else who is completely different from me. It is an out of body experience for me. When I take on a character, I really become them and try to embody their characteristics.”

Riveting is planning a fundraiser this May 19 at the Bella Vista. The show will be a rock concert, featuring the best hits from the 60’s-90’s. The show has 4 dancer, 9 performers and a full band, including saxophone and trumpet. This show will donate all money made to the Canadian Cancer Society.

For more information check out their Facebook page: https://www.facebook.com/rivetingproductions

An Inside Look: The Making of Rocky Horror Shadow Cast – Stef's Words Reply

[…] when Jordan Vincer, co-founder of Riveting Productions came to me in the summer of 2016 with the idea of a shadow cast, I could not refuse. I knew that […] 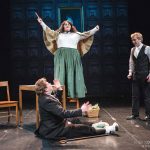