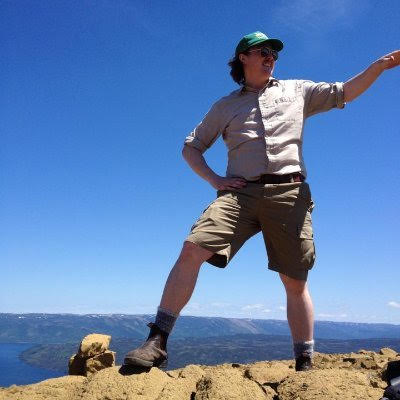 Andrew Harvey lived in my residence at St. Francis Xavier University. At the beginning of the year, he was placed in a temporary room and managed to make a great connection with his roommate relatively quickly.

As he moved floors to a new permanent room, he made friends on all five floors of our residence- a rarity since we mainly stuck to our own level. That was his ability, to cross all boundaries- real and imaginary, to be a friend to anyone and everyone. One day you could see him at the bar drinking with the residence hockey team, the next day he was at a booth helping fight for women’s rights.

Andrew’s presence at that time was so influential. You could not help but be excited by his energy. His laughter was loud, his kindness was contagious. He made me want to do more, be more, help more. And he left that lingering impact on anyone he knew.

On my 21st birthday, he showed up to a 90s theme party with half of his head shaved like a balding person. He said he didn’t know if the theme was the 90s decade or age group, so he dressed for both. That long-term dedication to a joke was unbelievable. But that’s the Andrew I knew, all in, all effort, all the time for all the right reasons.

Many years later, when I returned to Newfoundland, I surprisingly saw my old university buddy in the newspaper talking about municipal politics- so I sent him a message wondering why he was making a splash in the province. Turns out he lived down the street from me so we met up halfway between our houses. He was delighted to meet my daughter, he wore a pin that said ‘this is what a feminist looks like’ and he had the hugest smile. He said he was writing about municipal politics because he really wanted everyone to enjoy them. He said they were the most personal type of politics but not everyone got involved and he wished they would. I also discovered he had run for council and was planning to again.

The second time he ran, he was not elected, but he told me in an interview he was really happy to receive 31 percent of the vote. He was proud of it. That’s who he was, there are no bad moves that gain experience. There is no harm with putting your name out there, and giving yourself a voice, and discussing the issues you care about.

Throughout my life in St. John’s there are touchpoints that were impacted by his community involvement. I walked beside him in the Coldest Night walk for Choices for Youth and he cheered me on when I scaled a wall for Easter Seals. Every single time I hosted or attended any form of volunteer initiative for the community, he showed up. Whether I invited him directly, or he saw it on social media. It was a guarantee he would be there. To support both me and my cause.

I was trying to establish my journalism career in Newfoundland, and Andrew helped me get started. He wrote columns for me, I interviewed him three times, he hooked me up with multiple contacts, and even reviewed my CV.

Most significantly, when someone I deeply cared about needed help with addictions, I knew who had resources: Andrew. So I contacted him and he had so much to offer. He knew everything there was to know but more importantly, he showed me grace in that moment, support, kindness, and no judgment. He checked in on me, he was empathetic and helpful. In those moments of fear and vulnerability, you usually find yourself very alone but he made sure I never felt like that.

I can truly say that Andrew left a legacy at such a young age. He made everyone he knew want to strive higher, want to be better, and want to help others. This loss has hit anyone who ever knew him harder than expected and I believe it’s because we all like living in a world with him in it. The community has become lonelier without him there.

In our grief, take a moment to be a little more like Andrew. Life is short and time is meaningless unless you make it impactful. Be there for people, laugh hard instead of complaining, hug people when they are down, instead of judging them in their hardship. Be good. That’s all we can do to make sure his legacy continues to live on.

This is beautiful Gina. I’ve found it hard to put in words all that Andrew was, so thank you for this. 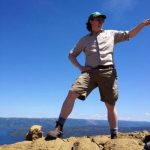