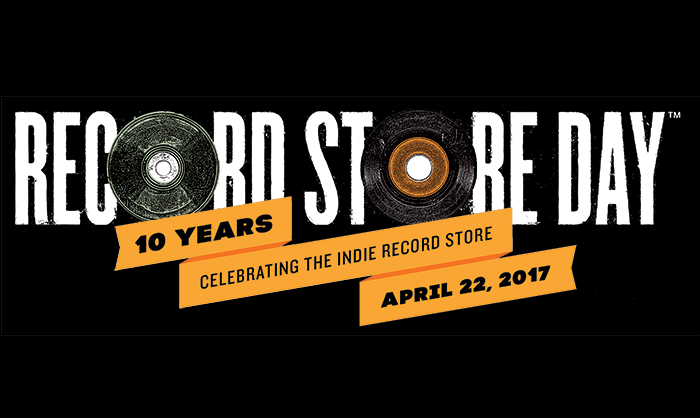 It’s been about seven years since I first heard of Record Store Day and even then, I didn’t know too much about it other than the fact that my favorite band in the entire galaxy U2, was releasing a limited edition (of only five thousand to be exact) EPs on vinyl for Record Store Day’s “Back To Black Friday” initiative. At the time, I didn’t even own a record player, but I contacted our local record store, Fred’s and asked if they were getting any copies of this collectible item in. That’s all I thought of Wide Awake In Europe; a collectible item.

Black Friday came and went and I got my hands on the record. The EP’s sleeve was pretty cool so I envisioned framing it or something and just leaving it at that. Santa Claus (Or Ma and Pa Smith for all you adults and non-believers out there) had something else in mind though and I opened a surprise record player on Christmas morning back in 2010. Since then I have amassed a small collection of vinyl including another Black Friday record store exclusive from U2, some very cool designed Kanye West singles, and a few LPs by U2, Kanye and JAY Z. 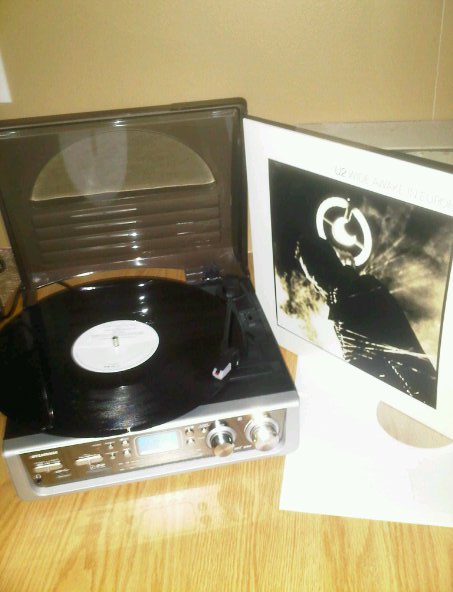 U2 isn’t the only band who takes part in Record Store Day and they aren’t the only reason why there was a lineup forming down Duckworth Street full of people waiting for Fred’s Records to open on Saturday morning. So what is all the hubbub about?

The idea for Record Store Day started in 2007 with the first event taking place in 2008. It has since become an annual event on a Saturday in April to “celebrate the culture of the independently owned record store” with a number of records being pressed specifically for this event. Record Store Day began in the United States but has spread to Canada, the United Kingdom, Ireland, France, The Netherlands, Italy, Japan, Mexico, Australia and Spain. According to the event’s official website, cities in the United States including New York City, Lose Angeles, Boise, and Las Vegas have declared Record Store Day an official holiday (though I doubt if you are unlucky enough to be scheduled to work on a Saturday, you will have the day off on account of Record Store Day). The event takes place only once a year but the organization behind Record Store Day works with both independent and major labels throughout the year creating contests, special releases and promotions to get people into their local independent record stores. (The “Back To Black Friday” event I mentioned earlier is an example of one such initiative).

This year, U2 took part in Record Store Day, releasing a new remix of their song “Red Hill Mining Town” which appears on what is without a doubt their biggest (notice I didn’t say best? It is definitely in my top five though; for the “record”) albums The Joshua Tree which is celebrating its thirtieth anniversary this year with a number of things planned including a world tour. “Red Hill Mining Town” is a special song amongst the U2 fan community. The band had initially chosen it to be the second single from “The Joshua Tree” going so far as to filming a music video but ultimately decided to release “I Still Haven’t Found What I’m Looking For” instead. In the thirty years since, “Red Hill” has never been performed live.

Just like in 2010 and in 2013 when the band released another exclusive single, I emailed Fred’s to see if they could hold a copy for me. The record store replied and said that they would be ordering in some copies of “RHMT” (as it is abbreviated on the U2 fan forums) but they couldn’t hold any copies for me. They said that they wanted to give everyone a fair shake of getting what they wanted and encouraged me to come down early to ensure the best chance of finding what I was looking for. (See what I did there?)

I live literally a minute from Fred’s and  made sure I was not scheduled to work on the morning of Saturday April 22 .Before I went to bed on Friday, I was trying to decide what time I’d head down. The store opened at 9:30am and I figured I’d slowly wake up and take my time before picking up my U2 record. I checked to see if Fred’s had made any social media posts about Record Store Day and to my surprise there was a picture of a long line up of enthusiastic music lovers waiting to pick up some exclusive releases. 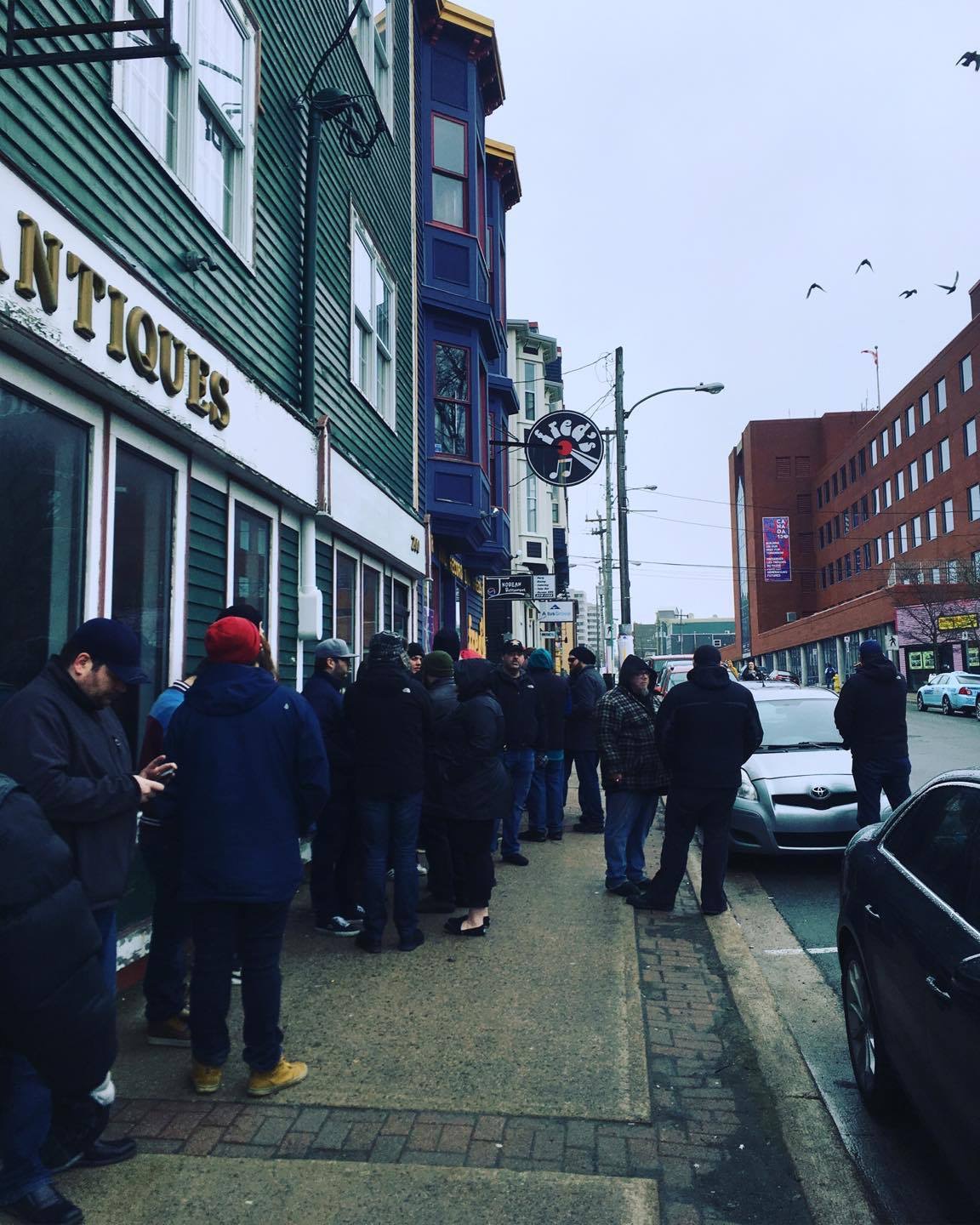 I quickly got on my boots, (see what I did there as well? Maybe not, since “Get On Your Boots” wasn’t the most popular U2 song ever…) and headed down to Fred’s. The store was packed! There was hardly any room to walk around! I tried to find “Red Hill Mining Town” but to no vail. I did see some cool releases though including several from Prince, a live Red Hot Chilli Peppers single and a reissue of The Notorious BI.G.’s Born Again as well as rare David Bowie, and Madonna. (For a complete list of what was released exclusively on Record Store Day, click here). When I finally asked one of the employees if the record was in, thinking I may have been too late, he told me that they never received it in time. He took my name and number and said they would call me when it came in.

I left empty handed on Record Store Day thinking I should be frugal and just buy the thing I came for but those Prince singles, especially the ones from Batman caught my eye. Fred’s ended up calling me on Tuesday to let me know that the U2 single had arrived. I ended up grabbing “Partyman” by Prince as well and limited myself to those two records even though I wanted to buy more. (Little factoid of Kris Trivia, I was really into Prince’s song “Batdance” as a two year old).

I reached out to Fred’s Records to ask them about Record Store Day but they did not get back to me in time. I had hoped to get their thoughts on the success of Record Store Day as well as what they thought were some of the most exciting releases. I was also interested to get their opinion as to why they feel vinyl seems to be going through a resurgence as of late. I decided to go ahead with the article as written.

As a music fan, it is really great to see people being this enthusiastic and passionate about the medium. It is also really cool to see residents supporting a local business. Record Store Day 2017 seems like it was a success for Fred’s with music fans and collectors alike walking away with some fresh vinyl to spin on the turntable. 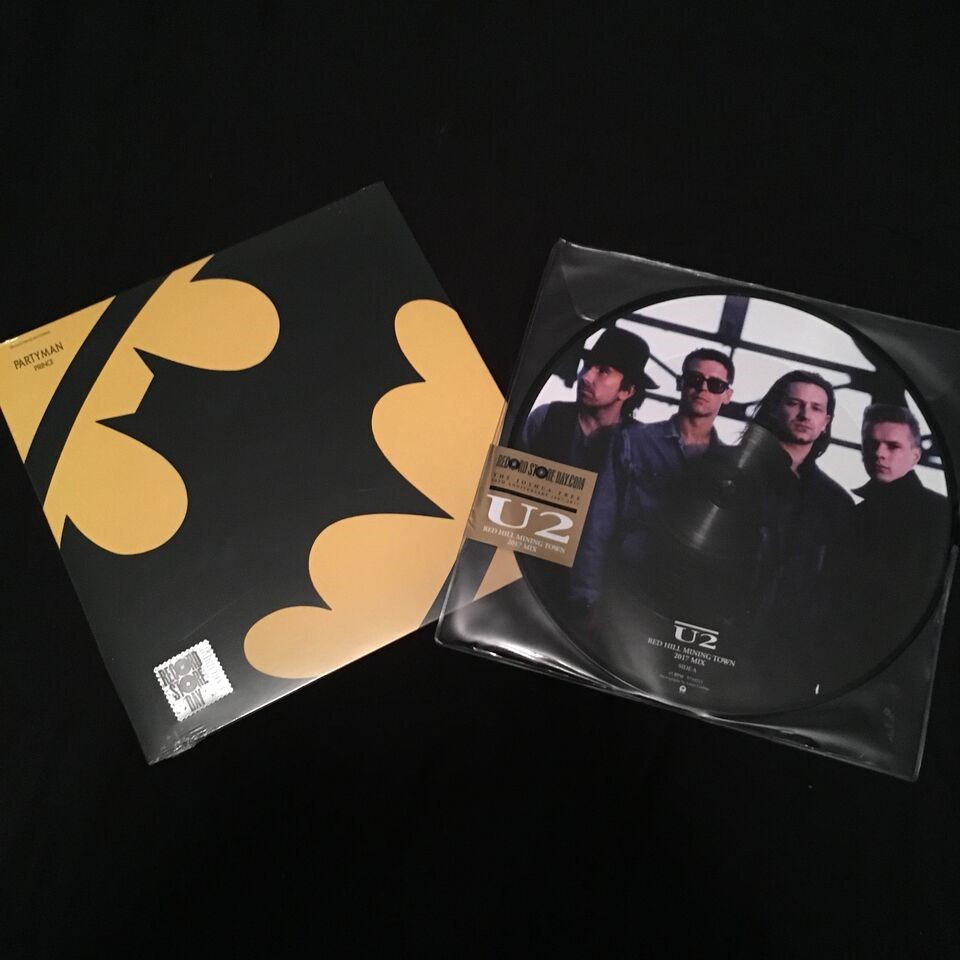 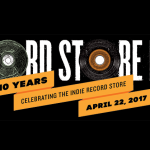