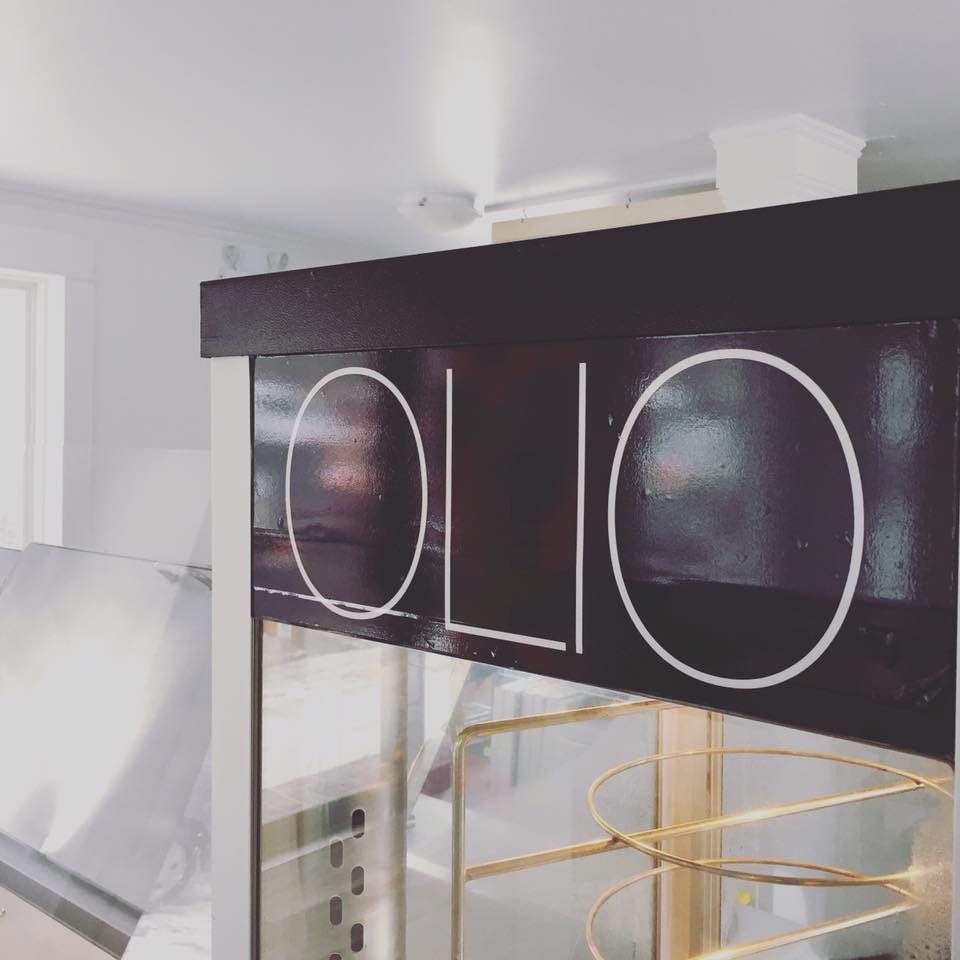 I love pizza just as much as the Ninja Turtles do so I think I know pizza. At some point during February, I passed by the old Stogger’s Pizza location and saw that a new pizza place was setting up shop. A few days later, my roommate sent me the link to their website via a Facebook message and I was intrigued and a few days after that I was kicking off the weekend with some take-out from Olio. It was right in the middle of the St. John’s Burger Battle but I wasn’t feeling it so much so I decided to spend my money on something I was pretty sure I would enjoy.

According to their Facebook page, Olio calls themselves our “local Create-your-own pizza shop”. I would argue that any pizza place is “create your own” but I was still intrigued since they had some topping options you can’t get on your any size, any topping $13.99 pizza from Domino’s yet didn’t seem to be as pricey as some of the higher-end pizza places in the city.

I contacted the founder of Olio, Trevor Hickey, about where the idea for the restaurant came from. “I feel a pizzeria is fundamental to a community in much the same way as a coffee shop or a barber shop is. It started from me wanting to a very community-centric business,” he said. Trevor says Olio is all about creating. “[We] invite people to create their own pizza, or choose one of our signatures, and in so doing help us create Olio itself.” Trevor considers himself very community oriented and “there is no better way than to build a community than to have them create something together.”

Opening a successful pizza place in this economy with an already large number of options can’t be an easy feat. I mentioned earlier how I felt Olio fell somewhere in between the cheaper and higher end options and Trevor basically confirmed that when I asked him who he considered Olio’s competition. “I look at Olio as occupying a middle ground between the fancier pizzerias and your everyday takeout,” he said. “Really good pizza – served quickly. The formal name for the segment is ‘quick casual’ and it’s an underdeveloped segment in St. John’s.” 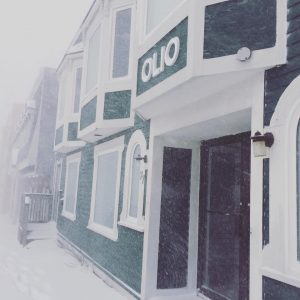 Setting up in the location of a former pizza place probably was a good move for Olio. Trevor thinks this will be helpful because people are familiar with the location. He calls it “beautiful” and says that “…on the off day when it is not raining or snowing, the building pops which I think will be a huge plus. As our reputation grows people will know that the best pizza in the city is made in that green building on Harvey Road.”

One way to grow that reputation is through an initiative called “Create Olio” where customers are encouraged to leave feedback on sticky notes that will be displayed in the restaurant. “Create Olio is like the inside of a suggestion box or a live brainstorming session,” says Trevor. “This is a part of the whole ‘create Olio’ campaign. I want to create Olio in front of people. I want to make mistakes and learn and hear the criticisms. I want people to give us their feedback – good and bad- and then watch us act on it.” He says that so far, Olio has been taking the feedback and acting on it “in big and small ways”. Trevor says it can be a little nerve-wracking launching, changing, and growing so publicly but “…while most suggestions and criticisms are positive, some are harsh, and we take it all seriously.”

Last month when I wrote about The St. John’s Burger Battle, I spoke with the editor of The Overcast who said that February was the slowest month of the year for restaurants so I wondered if Trevor had intended to open during this slow time. “Oh dear god no,” he said. “I wanted to open in Late November and take advantage of one of the best months for restaurants in December. But one issue becomes two issues, what you hoped would take a week takes two weeks. Add to that, we opened the Monday of a storm that preceded four other storms over two weeks.” He did note that the slow month had allowed Olio to work out some kinks while they continued the soft launch phase of opening a restaurant.

He said things were going pretty well so far and that they have has “mostly glowing reviews” but there have been some negative ones. In the interest of making mistakes publicly, Trevor plans on framing those reviews and posting them at Olio so that he knows not to make those mistakes again.

I wondered what goals Trevor had for Olio and he said he wants to make the best pizza at the most reasonable price in the city. “Add to that, I want to become a community fixture and a place that people look at fondly,” Trevor mentioned earlier in our conversation that he was very community oriented and it really shows. “I spoke with someone today and we discussed high school and those memories you look back at (where you went for lunch, where you spent your weekends etc.),” he told me.

At Olio, we have a chance to become a part of the high school story for students in our area. Becoming that story would be one hell of an accomplishment.”

When I ordered from Olio, I decided to create my own pizza with bacon, tomato, red pepper, and blue cheese. I worried about the size of a regular pizza so I decided to spend the extra nine dollars and get a large. I was pleasantly shocked by the size of a pizza that awaited me and definitely had no issue with paying a higher price for interesting toppings on such a large surface. The pizza itself is somewhere between thin and thick crust. The base is pretty thin until you get to the crust portion. I was a little disappointed with the fact that they used full sized tiny tomatoes and I had to slice them myself but otherwise the pizza was amazing and I can’t wait to order another.
Sticking true to his promise to take all feedback into consideration, Trevor noted that they are getting a lot of feedback on that topic. He said some people were preferring sliced while others wanted diced. “We are going to make a decision one way or another shortly as we need to streamline a lot of things food prep wise,” he said.

Overall in what I’m sure has been a busy and hectic month, Trevor says he has had “an absolute ball” and that the community has responded exactly as he’d hoped.

Anyone who wants to order from Olio can either drop in or call 754-OLIO (6546). There is also an option to order online at createolio.com. You can also follow them on Twitter and Instagram.

If you decide to order online, readers can use the discount code “TrevorSentMe” to receive 10% off of your first order over $40. Olio is also offering customers 10% off any order of $20 if you sing your order to them in person.

I highly recommend giving Olio a try. It seems like they really want to be a part of the community and I’m excited to see them grow and get involved. Plus, as someone who loves pizza, it definitely doesn’t hurt to have another option in walking distance (especially one that offers blue cheese as a topping option).

Local Pizza Paired With Local Beer: A Match Made In ‘Eaven – Tint of Ink Reply

[…] “Imagine if this had bacon!”(The great thing about the whole “Create Olio” campaign I wrote about before, I could add bacon to this vegetarian presentation and it would be just […] 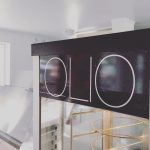