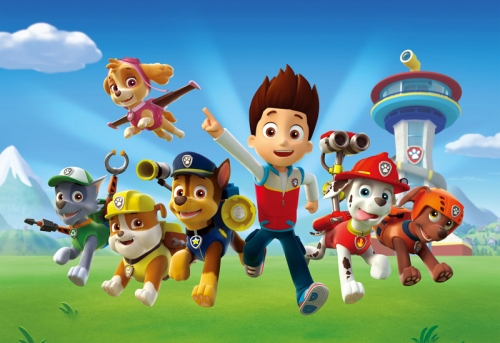 I have a confession. My kid is lazy.

I hate to say it aloud, but it has to be acknowledged and it’s odd for me because I am super active and constantly doing something. I am the absolute Queen of multitasking (I am serious, I own that title like a boss). So it’s confusing to me when her favourite thing to do is literally sit.

With the laziness, I have to be very weary of Fred’s screen time. I mean left to her own devices, she would strap on a diaper and straddle herself to the couch with the tv on, without a break. I am talking scary, unhealthy back to back television: a high school pothead without any motivation or friends kind of situation.

Luckily, this minimal screen time had become a habit and after months of training and discipline, Winnie accepts her two separate half hour sessions of television and one movie on weekends, and for the most part turns it off and walks away (or just sits on that couch, because you know, the lazy).

Then along came Paw Patrol.

What is this simplistic, repetitive and annoying show about rescue dogs you ask?

Well apparently it is laced with heroin, because that is the only explanation for my child’s irrational behavior once the tv is shut off. She literally goes through the stages off grief when the credits roll up.

Let us take a trip to Adventure Bay and visit the pups in their home town.

First of all, let’s start with Adventure Bay in itself. This town is immaculate; it has a lot of facilities and seems to be given a healthy budget to keep the community running smoothly. Yet somehow, it relies on a kid and his team of dogs to save every single problem it faces.

And what government is investing so much money in a town with the smallest population ever?

There are about three men, a mayor, a kid and way too many dogs.  There are towns shutting down across Newfoundland with ten times the population. Adventure Bay has a functioning dock and boating system. Plus Ryder lives in some crazy high tech building that he clearly did not purchase with his measly allowance.

Speaking of which, how can he afford all this stuff? AND where are his parents? My kid keeps threatening to leave the house whenever I turn Paw Patrol off, because she has witnessed a ten year old kicking it freestyle with a band of pups. Why does she have to listen to her parents and Ryder can live on his own?

Ok, so I accept Ryder and his talking dogs in this financial fantasy because it’s a kid’s show but what about the other members of the community.

First of all, there is the bumbling Captain Turbot who somehow got his boating licence without a clue, because every minute mishap is fixed with a call to the pups. How he manages the waters on his own is beyond my understanding. 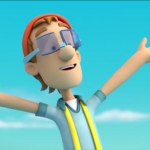 And like some odd Nutty Professor plot, every other male on the island looks identical to Captain Turbot. It gives children zero credit as observational viewers and it also disvalues the artist as a versatile cartoonist when it comes to male characters.

The mayor is an idiot. I guess she got voted into council because there are about four citizens and they weren’t willing to run against her. I seriously would like to sit in on one of her council meetings and watch her have a mental breakdown with her chicken. I mean I get it, her only option for companionship is a kid who is clearly busy saving the town from destruction or a man who looks the same as every other man. I guess, it’s her and  Chickaletta sitting around a conference table with a huge municipal budget with a GIANT bottle of wine  because I cannot find any other excuse for her behavior and stupidity.

But about those pups….

Have you ever noticed that they have backpacks with tools that fix stuff? That is essentially their duty. Personally, I truly feel like Rider could make sweeping progress without his four legged friends by jumping on his sweet ride and carrying a tool box with a megaphone. That’s just me, but I guess that takes away from the plot. 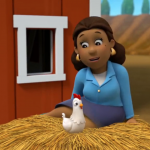 Are there any other rescue establishments? If clumsy Marshall is sick and there is a fire- what will happen? ALSO, how is he even heading the fire rescue mission for a whole town? He is always last in the elevator and can barely function on a day to day basis.  How are these qualities consistent with a firefighter?

Either way, Paw Patrol you are in my life now, more often than naught and I will try to make the best of our situation by using you as a negotiation and bartering tool with my child. Until then, you keep doing you and saving the day in your town with roughly three people and an exponential budget managed by a useless mayor. Good luck.

There are tons more about this show that doesn’t make sense but on the subject of Marshall. His existence is even less important than any of the pups followed by Chase.

As rare as he’s used having Zuma on hand in even a real life setting is important.
Rocky fixes, repairs and builds things.
Rubble is good for excavating, digging, and heavy lifting
Skye is useful out of virtue of being air support – even though the Air Patroller and flight pup packs make her superfluous in the long run.

Chase isn’t even a police dog. He doesn’t police anything. He doesn’t enforce the law. Yet we never see any police officer in Adventure Bay. The best he does is traffic control. If it weren’t for his vehicle’s wench (which is an invaluable device even in real life) he’d be pointless. Even with his spy equipment it doesn’t have any practical use.

But Marshall? The show will never show actual damage to people or property and this includes fire. Every situation where there has been a fire it’s never been out of control fire and hasn’t caused any actual harm that any citizen with a bucket of water couldn’t just put out. 9 out of 10 times he’s called for his ladder which he’s fallen off of every time. There are actual episodes where he’s called in the initial sortee and his ladder won’t reach where it needs to so they have to call Skye. Why call him in the first place when Skye has helicopter with a harness that can reach the target at any height?

I guess the creators/writers realized that and made him more of a generic rescue pup with med equipment. But again the writers will never ever show anyone or anything damage/hurt so his duties as a med pup isn’t fixing people up or even so much as handing out a bandaid. He takes X-Rays and temperature with a thermometer. That’s it. Marshall could be scratched from the team and considering how fires act (which causes smoke at best and corn kernels to pop into popcorn at worse) any citizen can play Marshall’s role with a bucket of water and a ladder. 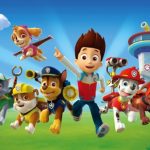