Kerri-Claire Neil: using her voice for all the right reasons 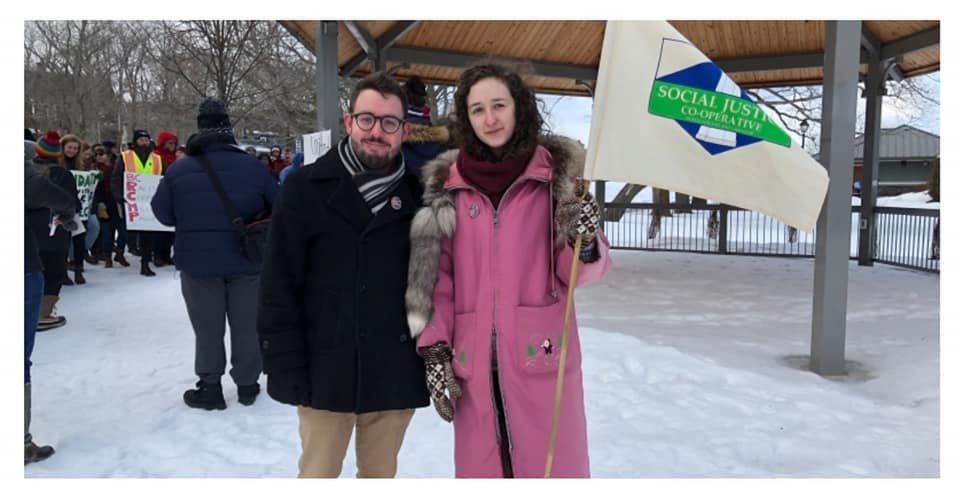 When scrolling the Twitter feed from anywhere in Newfoundland and Labrador, it’s common to come across the infamous #nlpoli hashtag.

A fan of the provincial hashtag is regular Twitter user, social economist, and former provincial NDP candidate, Kerri Claire Neil. In fact, Neil’s twitter activity was once the reason she lost a job in 2018. The dismissal didn’t make her shy away from the social media app, but rather response to the act as a motivation to continue to use her voice as a #EngagedCitizen4Lyfe

With a tendency to call out provincial injustices as she sees it, Neil has a few things to say about the Muskrat Falls inquiry, amongst others.

“The Citizens coalition has been asking questions about the North Spur but I don’t think it will be discussed in the report at the end. The lawyer’s have been asking questions for us to learn more, but it’s not the focus in the inquiry,” said Neil regarding the Muskrat Falls inquiry report.

The Commission’s Report was expected to be released by the end of 2019, but a request for an extension until March of this year has been approved. It has appeared as if the report will just give an understanding to the project up to a certain point, rather than pinpoint problems and create solutions going forward.

“It seems like the inquiry was started by the Liberal government to put all the blame on Conservative government,  without having to really look at the fact that it’s still being constructed and there are problems with it. It’s still backward facing. Why was the project pushed through and why were the cost estimates so different than the beginning. It’s very focused on pre-2015 and not necessarily looking current construction,” said Neil. “If you are going to talk about Muskrat Falls, there are concerns with the stability of the North Spur, the threat of methylmercury poisoning the water but what’s the point of the inquiry if we aren’t going to address these issues?”

Though the land protectors and their lawyer have been putting forward questions for solution, as well as serious concerns regarding the project, the report isn’t going to necessarily investigate those inquiries , but rather determine how the project came to be.

When it comes to the Muskrat Falls Project, there seems to be a limbo of reservation about what to do going forward. Most Newfoundland and Labradorians feel like it’s almost too late to turn back now, like a bad investment, it has to be seen through.

“It’s a tough question, it’s almost too late now. They flooded the reservoir. They should of cleared vegetation. There are ways to reinforce the North Spur and brought in experts we trusted, outside of Nalcor. If we did more work on that, at least we could say the dam isn’t going to wash away one day and flood communities downstream. I think it’s a terrible project and part of me would like to see it taken apart, but if we are going to make it, we should make it right.”

The project has been a dark cloud over the province for some time. What had originally brought hope for new jobs and economic prosperity, now feels like a slow sinking ship.

“It feels like a noose around our neck and it’s not just the $12 billion. If you look at the interest, we will start paying $700 million a year, which is huge. A lot of interest payments do not come in ‘til twenty years down the road and it’s just going to rise,” explained Neil. “That’s a huge burden left on my generation to pay for. We are on our knees and hoping for oil to save us because we are so desperate, but for me, I feel like oil will destroy us further.”

Some of Neil’s concerns for the future of the province are addressed through her efforts with the Social Justice Cooperative Newfoundland and Labrador (SJC). SJC “aims, as its core commitment, to advance the cause of social, economic and political equality at home and abroad.” The Cooperative is involved with a variety of campaigns focused on the giving the people of the province a voice and insure social justice, including a focus on climate change.

“It’s putting new life into my activism. We are trying to acknowledge the human impact of climate change and bring people together to combat it. If we don’t meet it head on and make adjustments away from oil then we are going to be left in a situation like the cod moratorium, and we will be left to fend for ourselves.”

SJC is envisioning communities that are resilient and sustainable with food and energy security and communal living, rather than individual capitalism.

“I think fundamentally we need system change to stop climate change. We need to give people back the power to be their own boss, not in an individualistic way like we are now in the gig economy where everyone has to sell themselves constantly,” said the activist. “If we  come together, we are a lot stronger. It would see a lot of the issues we see right now, even in the health care system.”

Neil said the Waterford Hospital that is currently being built will be another institution.

“It feels like we are going to drug up people and hope for the best. Same with the prison, we put them in a cell and hope it will rehabilitate them. We need more community based models of care and work. I think that’s possible in Newfound and Labrador because its so small and feels more doable.”

Neil works part-time at Memorial University for a research project which looks at people who move for work, including those who fly in and out of  Alberta and those who commute to Toronto to make a living.

“I think with capitalism we are so focused on getting our big trucks and houses, and moving away from that community spirit which allowed us to get by on these hard times because we could rely on each other and share resources. Now we are cheated as individuals disconnected from everyone else and its expected that we would leave our families and communities behind and go to work camps where we are isolated.”

To hear more from the very engaged citizen of Newfoundland and Labrador, check out her Twitter Feed @kerriclaireneil

Kerri-Claire Neil: using her voice for all the right reasons