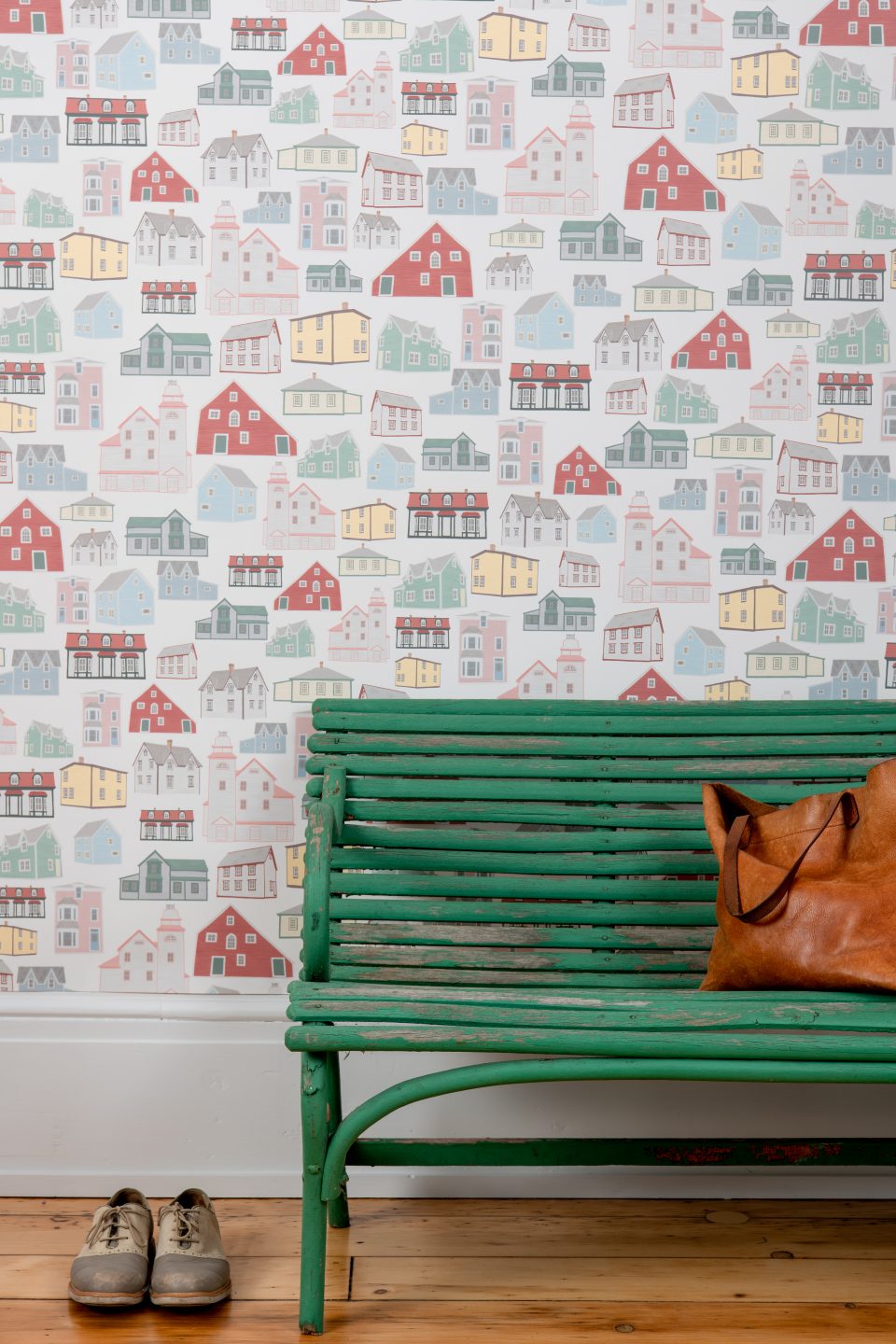 When wallpaper designer Kate Golding came to Newfoundland looking for artistic inspiration and research for a series dedicated to the island, she ended up gaining a whole unexpected experience on her visit.

“Starting in St. John’s,  that vibrant city with the music with the ships coming in from the ocean, a slightly more industrial side of things and rugged. I found it really soulful. I connected with my British roots that maybe I hadn’t before in Canada. I felt like my soul was singing there, I loved it,” recalled the designer.

Golding lives in Prince Edward County, Ontario and originally hails from England, the designer started her business three years ago. The Kate Golding Collection is comprised of unique and beautiful pieces of work displayed on wallpaper.  All created by Golding herself, her patterned pieces are inspired by her experiences from her everyday life and nature.

“I work in an analog way, making drawings with fine line pen and ink and brush. I use transparencies on a light table. I than scan those images into my computer and colour them and make motifs and repeat patterns,” explained the artist. “Kind of an interesting way to work because I start analog and then work on the computer afterwards. I enjoy working that wat. I design fabrics patterns and wallpaper, I create my designs by hand. I’m inspired by landscape but also other details in life as well.”

After Golding visited St. John’s, she headed to the Bonavista Peninsula for ten days and then took the ferry to Fogo Island for 3 days.

“Start to finish was amazing, I was absolutely loved it. I really felt like there is so much more to see and experience in Newfoundland.The land was thawed and plant life was busting out, but the ocean and surrounding had all the ice and icebergs, with vibrant blues and muted colours and I felt like we got to experience the full spectrum,” she said of her time in Bonavista. “Walking along the coast and seeing all these plants bursting into life and this dramatic juxtaposition of crazy ocean that is so beautiful with the moving and spotting of the ice as it breaks up and moves in the day. Then there would be days when it was misty and moody and you couldn’t see what was out there.”

Golding spent time hiking along the paths in Bonavista and appreciated the care and accessibility of the coastal path and different trails. While enjoying the views, she came across some unlikely visitors.

“We had encounters with these foxes on the coastal paths. They would walk right up to you which was magical. Then when we drove from Bonavista to Fogo, we took the coastal route and people were talking about polar bear warnings. I think a couple had come to land that year.” she recalled. “It was like no other experience I ever had, we were hiking and you don’t want to encounter a polar bear for many reasons but to think it was even possible added the facet of pure wonder.”

Even though it was June, during her trip it was too cold to sketch outside. Golding took pictures and made notes and brought everything back to the studio and set to work to make sketches for different designs.

“Lots of it was is still inside me. It had a profound effect. I took lots of pictures and made sketches and lots of notes on different elements. I think it was really, in many ways, the things that ended up in the collections, were experiences that I had that lingered with me.”

“Some things are literal, like the little houses and buildings in Bonavista. While some were just little things that stayed with me. The trinity floral, little succulent floral in the ground and I loved the fact that there were these dry twingy plants that were still dormant from the previous year. A design like that became a repeat pattern and traditional in the way it was laid out. It came from lingering with those moments.”

The Bog design came from a hike with a botanist in Bonavista who explained all the plants and their names along the way.

“We were on this cliff and the bog was squishy under your feet and all the moss was coming to life. We saw the earth parted and it was beaming. Then the icy water down below and it  had a profound effect on me. It was a wonderful experience.”

Golding studied in fine arts in England and hand printed wallpaper as a part of her degree and after moving to Canada, it stayed with her. Though she first worked in advertising and television commercials for ten years, she wanted to design wallpaper and when it felt like an opening, she took the chance to start her own business.

“As weird as it sounds, I always wanted to design wallpaper. I wanted to print paper and I’m glad I never took that route. I wanted to spend more time designing than the production of it,” said Golding. “In many ways I have made it up as I went along,  in regard to how to do it. The direction I took my business, in finding local inspiration and sharing my creativity in that way and I think people have responded well to that, in my other collections too.”

That connection to customers and observers continued after Golding left Newfoundland, including a woman from Gander who felt something from the wallpaper designs and wanted to share her own embroidery with Golding.

“It fills me with joy that people respond to the work that way and find a personal connection to it. When you share a part of your creativity in an authentic way and really believe in your work, I think people connect with it.”

All photographs by Johnny C.Y. Lam. Follow along @johnnycylam 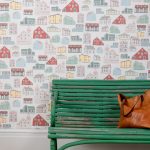