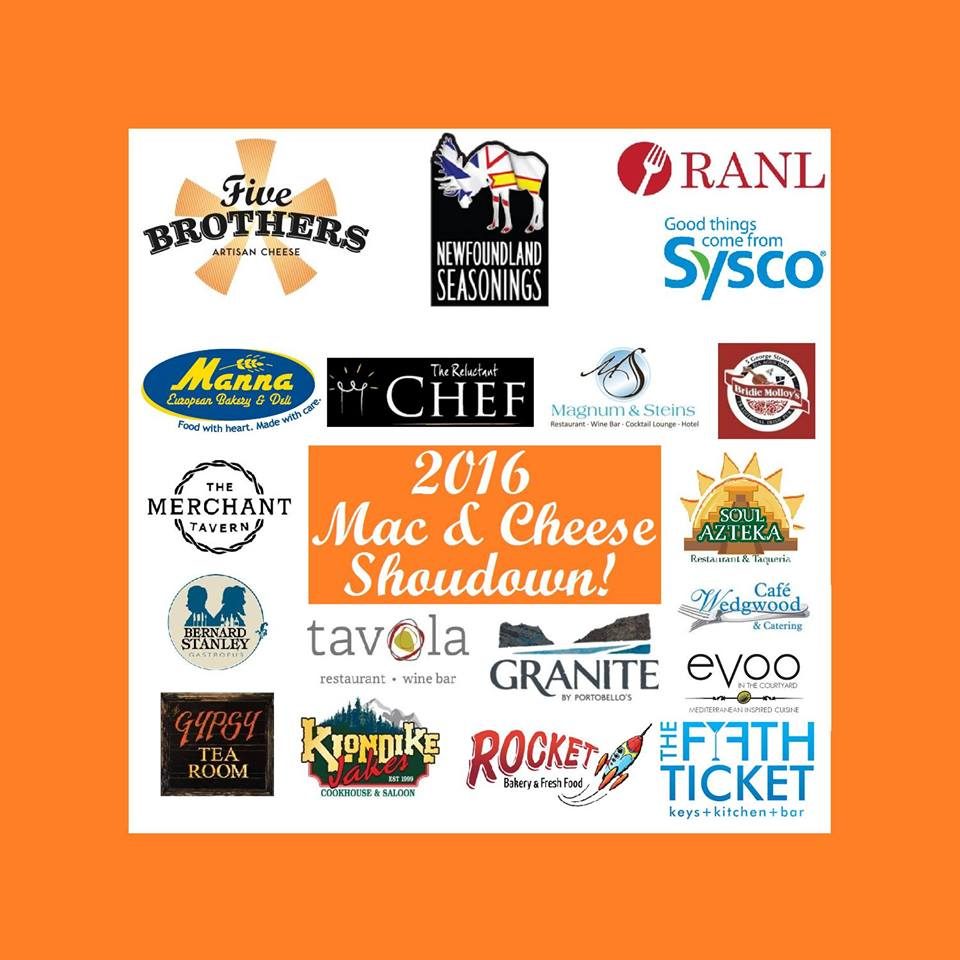 Last month, I told you about the 2016 Mac & Cheese showdown that was happening in restaurants throughout the city. It was being put off by Five Brothers Artisan Cheese and they partnered with Newfoundland Seasonings, the Restaurant Association of Newfoundland & Labrador (RANL) and Sysco. Like my articles detailing the 2016 St. John’s Poutine Challenge, I planned a series where in one article I would put on my journalist snapback and inform the readers of Tint of Ink about the challenge and interview Adam from Five Brothers. The second article detailed the poutines I tried.

I attempted to do the same thing for this challenge but unfortunately, I didn’t get out to as many restaurants as I would have liked. This happened for a number of reasons, my poutine challenge partner in crime was out of the country for most of the month and I had trouble procuring people to eat out with. One excuse I got was because of trying to save for Christmas which was interesting because in my last article I mentioned that Adam from Five Brothers mentioned that November was usually a slow time for the restaurant industry partly because people are gearing up for the holidays.

I did manage to try four mac and cheese dishes and will tell you about them in this article. Again I must admit that I forgot to vote. This is simply embarrassing since I’m such an advocate for voting. One thing I might suggest to Five Brothers for future events is to keep the posts coming. Remind people to vote; get more active on social media. While I’m on the subject, another suggestion would be to get the information about the event and the participating restaurants and their dishes much earlier. We were well into the month and not all the restaurants had been showcased.

Here are the mac and cheese dishes I got to try over the month: 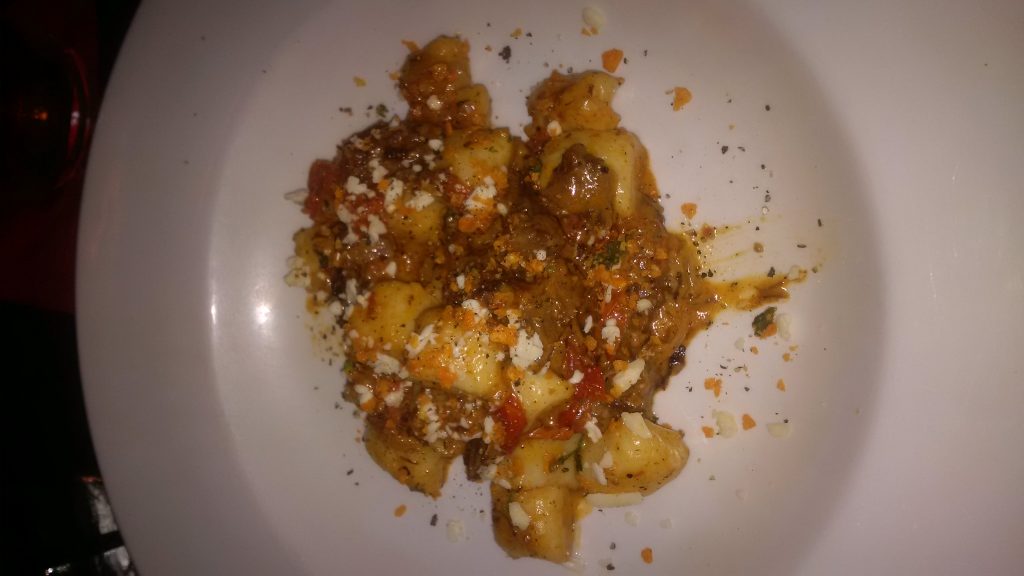 The first mac and cheese dish I tried was from Gypsy Tea Room. The chefs there collaborated to come up with what they called Fleet Queso Fresco. The dish was made of gnocchi which I have never tried before but I couldn’t really tell that it was made from potato and not traditional pasta. It also contained this amazing pulled beef that was so tasty. Best of all, the Fleet Queso Fresco was topped with a Doritios crust. Yes. You read that right. Insert that happy emoji face with hearts for eyes here amirite?

Gypsy’s take on mac and cheese was very tasty. The sauce was great. There weren’t a lot of Doritos but they did provide a good crunch. Unfortunately, the portion was a bit small for my liking though especially for $18. 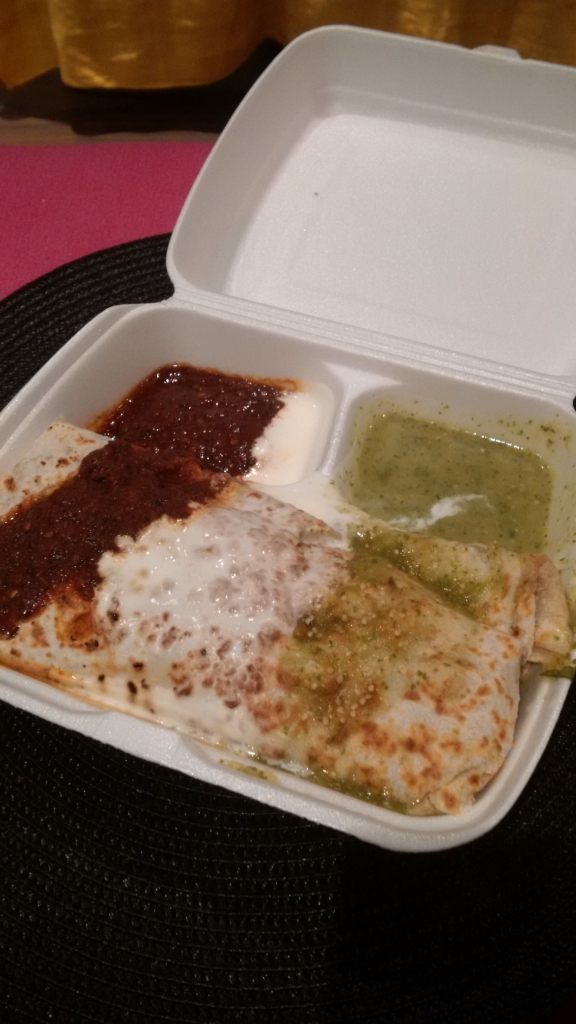 Next up was Soul Azteka, a fairly new addition to the city. I have been very excited to try Soul Azteka so I was excited that they were participating in the showdown. Soul Azteka gets all the points for perhaps the most innovative mac and cheese idea. Picture this; mac and cheese INSIDE a burrito. The Facebook event page failed to make light of their amazing and clever name for this dish: the Cinco Hermanos Burrito. CINCO HERMANOS!!!! SO CLEVER. The burrito was topped with salsa verde, diablo sauce, and sour cream.

This entry started my take out showdown since I didn’t have anyone to go out and eat with. I felt like the burrito lacked some cheese. It was still very enjoyable, though. The diablo sauce was the hottest sauce I have ever had and I love hot stuff. I literally put Frank’s Red Hot on everything but while eating this burrito I downed two beer and a glass of milk. Not sure how this would have gone over with people who aren’t used to spicy. 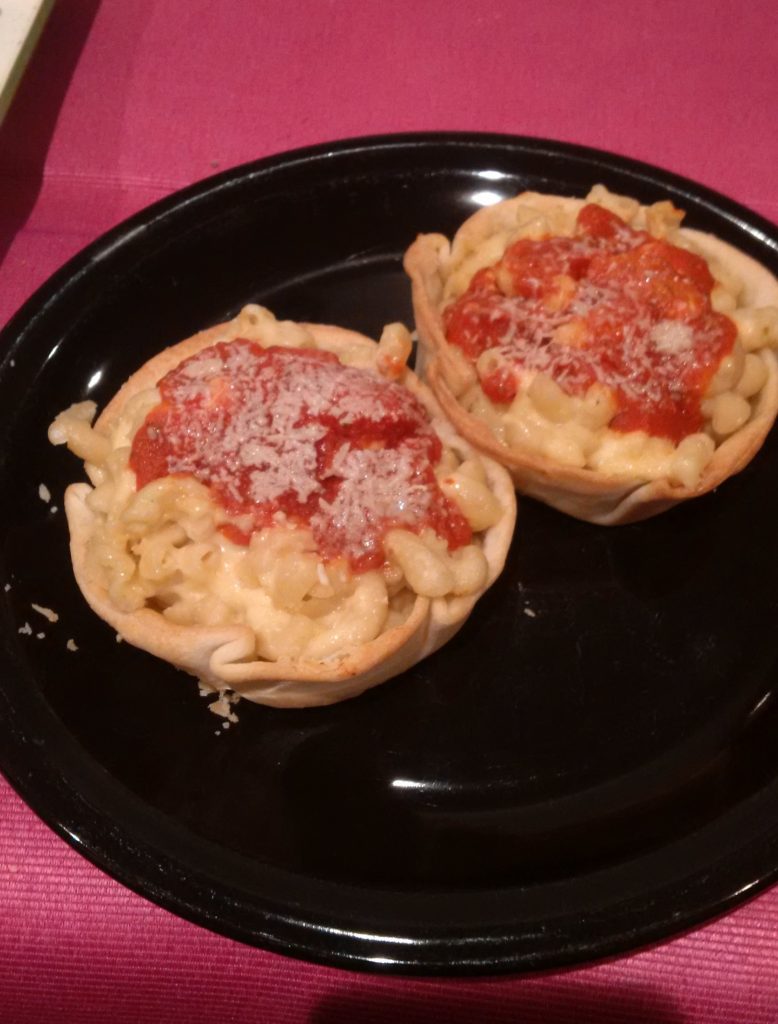 Their entry was pretty interesting. It was a pretty basic mac and cheese recipe but was presented in a homemade tart shell and topped with Rocket’s own tomato sauce and parmesan cheese. These were pretty small but also quite affordable at about $6. I bought two to eat for supper but one would have made a perfect lunch for anyone working downtown and close to the bakery. Overall the dish was pretty basic but the tart did provide something new and the tomato sauce was very tasty. 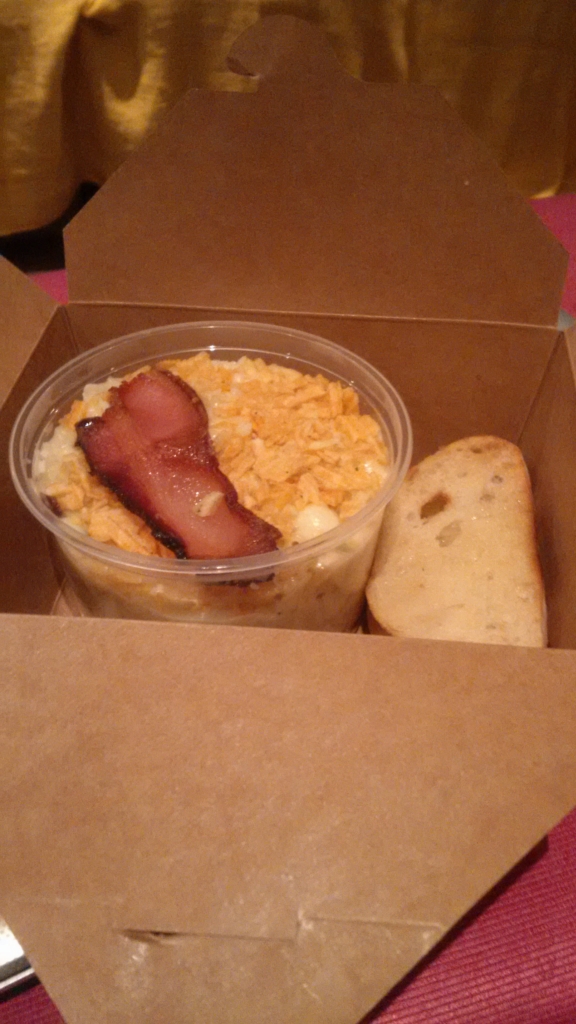 The last mac and cheese entry I got to try was from Celtic Hearth. This mac and cheese recipe contained two of my favorite things; bacon and sour cream. It also contained green onions, Newfoundland Seasonings Duck Spice and was topped with a bacon chip crumble.

I was looking forward to bringing this home on a Friday evening after a long week of work. I was disappointed that I couldn’t place the order and pick it up, though. I had to go, order and wait. That doesn’t really have much to do with the recipe and how the dish tasted, though. I do think it was a little thick on the sour cream, though. The chips were a great addition and you can never go wrong with bacon. I was a little disappointed with the price, though; $21 including tax. This is a little steep for a recipe that doesn’t seem too outrageous for me to come up with in the kitchen.

Four out of fifteen restaurants are not as big of a dent that I would have liked to make in this showdown and there were several other restaurants that I wanted to try and didn’t get to. Of the four, I’d have to say that Gypsy Tea Room had the best entry. It left me wanting more (and I wish they had put more on my plate). It was different enough from traditional mac and cheese but incorporated some interesting ingredients. Soul Azteka had a great entry as well but I feel like that diablo sauce might have been too hot for a lot of people. (I thought it was insanely hot but also very, very enjoyable). I loved the ingredients used by the chef at Celtic Hearth but again, it wasn’t that out of the box that I wouldn’t have come up with it myself. (Still good, though!)

I’m excited to see what other exciting food events Five Brothers have cooked up for us in 2017. (Forgive my “cheesy” joke there.) 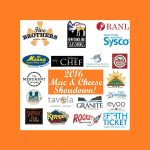