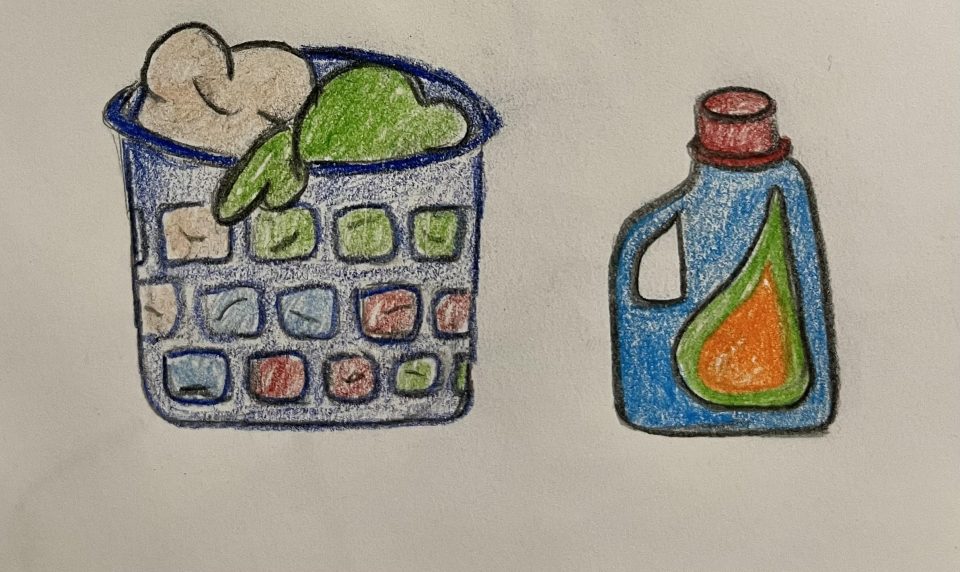 I had been living with Rebecca for only six months. It had played out perfectly fine- which on paper didn’t seem right. It didn’t seem right because a few times we had managed to sneak in open-mouthed kisses outside the looks of men and boys. Outside the view of everyone really.

The kissing started as a voyeurism tactic- getting the attention of teenage boys when we were in middle school. Then we had a sleepover and continued from there. Rebecca and I had been making out for nearly five years. Under street lights on long walks home. At the playground on top of swings. After bathroom pees at parties. Not in a raw forceful way but a curious slow approach.

Rebecca acted as if it had never happened. It was accidental or exploratory, one step up from our early male gaze performance. It was never talked about, never furthered, never questioned. She acted like being together was something solely created for men to approve and be aroused, even when we were alone. It was not an actionable activity. It didn’t go anywhere.

Here we were in university, living side by side, buddies who had apparently never touched one another before. Buddies.

Our apartment building had become a second-class residence. Filled with students who came together through clouds of cigarette smoke holding cases of cheap beer to have a few before we headed out to a party or pub with our other groups of friends. We all lived this separate life from one another, yet here we are only connected by close space and proximity. Wall to wall in our daily lives.

Henry walks through our front door, carrying a half-consumed six-pack under his arm, drinking from one of the bottles.

I looked at him confused.

“I don’t know what the fuck that was? Sorry. I am not a pirate.”

Henry was tall – but had density. Like a thick athletic cyclist. Not too much overwhelming muscle, not realizing how thick he was unless you touched him in passing and a goddamn beautiful face.

“Fuck me Margot you look good,” he pointed at me with his beer bottle hand and pointed his finger in an up and down motion.

“Well keep taking in the view Henry cause you’ll never get a taste.”

“Goddamnit! Awe well, same old story. You at tonight?” Henry nodded towards me as if we hadn’t been in conversation the entire time.

Henry held up his beer to indicate the same. “Anything on the go beforehand?”

With that, Henry grabbed a dining room chair to the left of himself and had a seat, took out his phone, and let me be. I left him there because I had to shower and straighten a few things out before I could stop for a drink but that’s what this building had become – an in and out of visitors who were mindless about personal space. Half the time, I wasn’t wearing any pants, the other half I was blazed – but no one noticed. You did everyday things with people lounging in your apartment. They would be either drinking or watching hockey all while I did a few dishes, or ran the vacuum, or wrote a paper. They followed me down to the laundry mat while we continued our convo and threw in a load. You were rarely alone, not that anyone ever wanted to be.

I had wandered up the stairs to Henry’s flat a few times since we both lived here, stumbling in buzzing from the pub, sliding my jeans off to crawl onto his couch and pass out. It happened on nights when Rebecca had brought a feller home or nights my ego needed a boost – or both. He was always surprised to see me, always happy to have a gawk, always complimenting me as if I was made by God himself. Was it unkind for me to stumble into his space on display for him, sinking into his applause and whistles to fulfill myself? Maybe, but it never seemed to bother him.

Sometimes Henry wasn’t there, off fucking someone I spose. But his door was always open. Those nights were followed by his hand gently on my face in the morning. My clammed mouth pasty and closed, my eyes barely opening.

“Darling it’s nearly 10 in the morning, can I grab you some coffee?” he’d ask smiling at me genuinely. Never mad when I was there. Never asked why I was there. He even let me smoke in his house when he wasn’t a smoker.

“Just crack the window and sit near it if you can,” he’d say.

I’d stay balled on his couch, blankets wrapped around me. Henry lived far higher than the rest of us – he had food, and matching dishes and thick blankets. He had his heat at a regular level and his clothes were never wrinkly. He was only two years older than me but that seemed like a lifetime. There was enough space between us that I felt innocent in his presence.

Henry and I bonded over homesickness. My actual lost love was for Rebecca, but I expressed my anguish through desperate thoughts about Newfoundland. I never told him I yearned for Rebecca outside of the casual kissing and he never said if he had ever missed someone deeply. We just reminisced about the coastline and music, inside references and well-known characters in the streets of St. John’s.

Sometimes we would just sit on the couch, his arm around me casually, one of my legs strung over his. We had quips of flirtation, but it never went further. I once crawled in his bed with him, but he just lay there with his hand on my back.

When I was finally ready I sat with Henry at the dining room table, he found a pack of cards and was playing solitaire. He stop his game and gathered all the cards up, shuffled and started dealing them, while I opened a beer and sat down across from him.

“What are we at here now?” I said to him, resting my feet up on his lap.

We played for a while in silence, back and forth to the fridge for more beers.

“Where is Rebecca at?” he asked. My stomach fell wondering where she was, hoping she wasn’t with someone else, especially another girl.

Henry’s hand went up in a chill out my love motion, then a steady hand on my leg and a tight squeeze. When I had a few beers, and Rebecca came up, I was a little adamant about keeping my distance not to expose our secret behaviour.

“Maybe I could  stay here tonight, or I am thinking maybe you stay at my place more in a planned out kind of way?”

Henry was staring right at me with his freaking beautiful face and I stared at the ground, I could hear it moving, like the low lull of a lazy susan turning smoothly in a corner cupboard.

I could stay with Henry tonight or he could stay here, and we would probably be together for a long time- I liked him a lot but I was concerned that it might stop me from kissing Rebecca.

“Why don’t you ever touch me Henry? When I lie in your bed next to you, when I sleep on your couch? Why don’t your hands go further than my back? You’re always talking about every piece of my body, but there I am next to you, half naked and you do nothing.”

I had a stern tone now, trying to push him away, keep him at some distance.

The room moved in slow circles around us, my eyes still on the ground, his still on me.

I stood up, grabbing the wall to stop it from moving. “She told you what? She’s out there fucking whoever and she told you not to touch me?”

“Well I figured she was trying to protect you from something. Why does it matter if she’s with anyone?”

We continued drinking in silence – I stayed standing for a bit, lit a smoke, Henry’s face scrunched up in disgust and he moved his chair back a bit.

I reached my hand out towards him, it floated in the air for some time and he looked up at me, his hands rolling a removed beer label.

“Come on then, take my hand, lead me to your bedroom. I’m not touching you here. Go on.”

He grabbed my hand a bit too enthusiastically.

We stumbled up the stairs hand in hand towards his bachelor. In the distance I was sure I could hear Rebecca entering our place and calling my name. 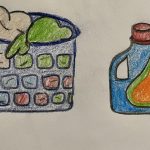