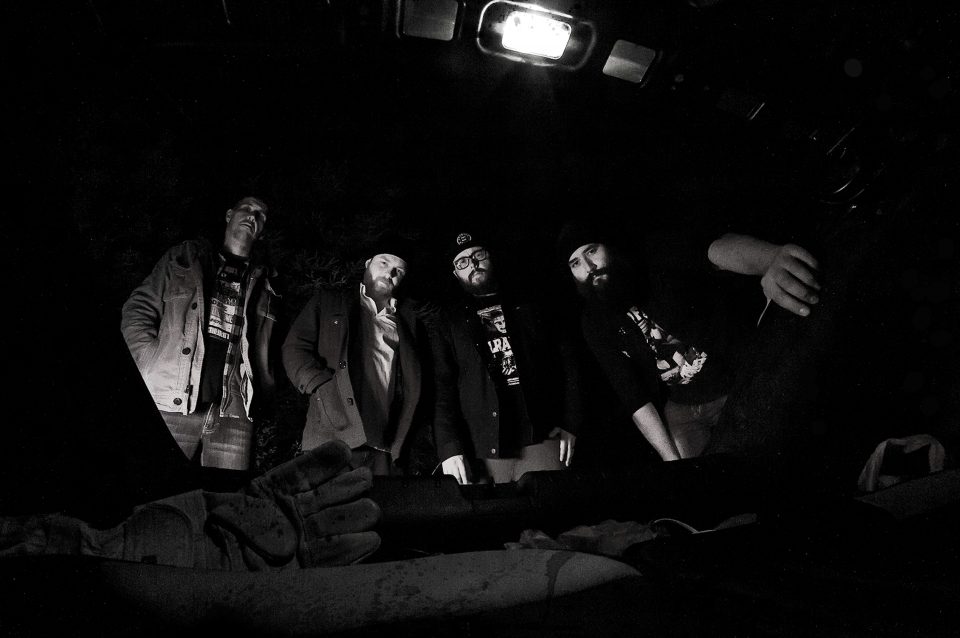 As most of us approach adulthood, it’s harder to maintain friendships. Though we all might remain connected, timing for social interaction is hard to come by. But for the crew at Grind Mind, a low budget DIY horror film production company, they have managed to find a loophole that allows them to combine their love of horror as a means to continue companionship, even as adults.

“My favourite part is hanging out with my friends. It gives us a chance. Everybody is always busy, and after the age of 25, your friends start dropping off. You have no time to hangout with your buddies and we had this idea, so we are hanging out, making cool stuff and having fun. It’s just a blast, it really is,” said Justin Wiseman, one of Grind Mind’s crew.

Wanting to make horror movies has always been something the friends always wanted to do and exactly three years ago, they took the plunge.

“We started with no experience. None of us are formally educated in filmmaking by any means but we decided to learn how to do it by just doing it. We have been relentless about it. We have about thirty-ish films now, this October is our third year anniversary. Really excited about being able to do it and it’s been a ride so far,” said Shane Mills, who directs, films and edits.

The crew makes sure to get together whenever possible to film and the dedication and hard work put into every piece is a part of where Grind Mind gets their name.

“It’s a grind mindset of what we do. You can get tired of doing this, you get roadblocks along the way, but the point is we make sure we do it no matter what. That mindset has been the key to us learning and getting further and further to the point that we are at the cusp of this being something we can do full time,” said Mills. “It’s a play on the word hive mind, in order to do this, everybody has to have creative input. Everybody’s opinions are valid. We are the most socialist film crew there is. I call myself the director but each one of these guys has just as much influence over the things we are making because we are doing it for free, we are doing it as friends. It really matters that everyone is creating and contributing, instead of the traditional film hierarchy.”

Anyone involved in a film can wear a variety of hats: dipping into acting, helping with makeup, and are more than welcomed to offer suggestions for the script or layout.

Both Mills and Wiseman have a great love of horror films, which benefits their gorilla-like approach to filmmaking. It’s one of the only genres that allows great watchable pieces on-screen on a low budget.

“The beautiful thing about the horror genre is it’s super varied. We can make funny stuff, we can make terrifying stuff and make gross stuff. We are all huge horror fans and have been for a long time. Before we started filming things, this guy was already whipping up batches of blood to see which one sprayed better,” said Mills gesturing to Wiseman. “Loving the genre is great because it keeps us passionate. It really lends well to DYI independent low budget films.”

Wiseman’s historical love of gore and seeing how props with fake blood and guts play out in real life has worked out for the production team. He tends to take over the majority of special effects, which is a huge platform in horror. But sometimes, things don’t always play out perfectly.

“We don’t have a lot of money, and a lot of it, I have to be like, ‘well I hope this works.’ I had to make a phone that would bleed, but also look like a turkey thermometer was stuck in their head, and the cell phone would just hang. I had it hooked up to a latex hose that had a kink and I was pumping the sprayer, trying to make it go and it wasn’t bleeding. All of a sudden, the hose popped. There was blood everywhere, it was brutal,” recalls Wiseman. “It was my living room which is all white, white carpet, white walls, white ceiling.”

Though the many trials and errors, and hiccups along the way, once Mills and Wiseman see the fruits of their labour on screen in all its horror glory, it makes it all worth the time and effort. Even if they find themselves cleaning up blood from their carpets months after a shoot.

“A lot of things go wrong but when they go right, it’s magical. What is on that screen, we did that. That will never go away. Despite as much as goes wrong, that is what drives up for sure,” said Mills.

Their films explore some typical horror characters: Zombies moaning and groaning over Zoombies Meeting ID 2020 or Jason Voorhees of the Friday the 13th franchise in Jason Goes to the Dentist. In a few special features, Grind Mind also explores some Newfoundland folklore and traditions in The Mummering and Hag.

Along the way, the crew has felt tremendous support from the community, from shooting in a Bed and Breakfast in Torbay, filming in a Coleman Grocery Store after hours, or being brought down to the Bell Island mines.

“It’s one of the Newfoundland advantages, you can look outside and it’s basically a horror movie. It’s foggy and grey, it’s perfect. But aside from that, we found people are really supportive of others trying to do things. You wouldn’t believe how easy it is to call people and just ask. The power of calling on your community and just asking for support is huge. Newfoundland is a unique backdrop for any film you want to make and people here are incredibly supportive,” said Mills.

Outside of Newfoundland and Labrador, both Mills and Wiseman hope to see their work reach a larger audience.

“Being able to cultivate and even just where we are in Newfoundland, we have such a unique perspective, and there are so many creative voices being able to amplify that and hopefully to bring that to a world screen one day is huge, that is so satisfying to me as a creator at this point in my life,” said Mills. 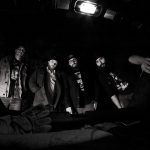