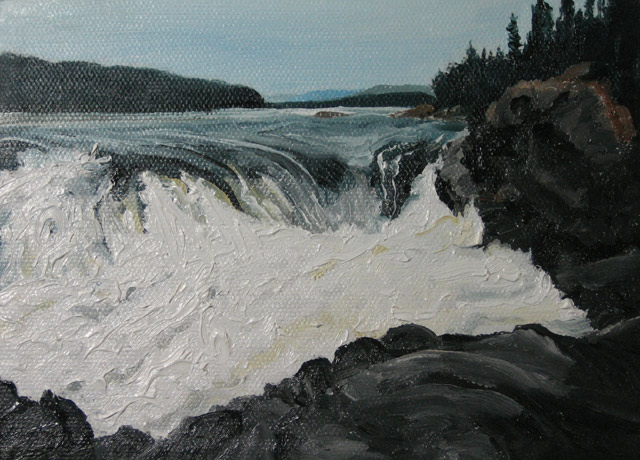 When Greg Hewlett left Newfoundland and Labrador to move to Toronto he felt like he was leaving just as the province was about to slide into the ocean forever.

“It felt terrible. Like most Newfoundlanders, it’s kind of like this dark cloud over everyone’s head. That’s the kind of thing I can’t really ignore and if I am ignoring it, it bubbles up. Especially now with the inquiry coming on. Muskrat Falls was the main obstacle for the province, or albatross,” said Hewlett in reference of the Muskrat Falls project and the aftermath that came with it.

Hewlett’s anxiety is one that hangs heavy over the heads of many in the province. The Muskrat Falls inquiry final report is due the end of this year and while some questions about the process are being answered, there is a fear of what the future will bring.

Hewlett wanted to learn more about Muskrat Falls to help understand what happened and how to deal with the issue going forward on a personal level. A lot of his interest and concern came after he listened to the recordings of  the first Muskrat Falls symposium held in Happy Valley- Goose Bay in February of last year. (Recordings posted by For a New Earth.)

“The symposium is what really sparked my attention and interest. There were several expert perspectives I was getting that I hadn’t really been exposed to before. Hearing these different angles at this one event and the historical and cultural perspective of Jerry Bannister, as well as the sociological, socio-political economic perspectives of Steve Crocker and the straight economics of Dave Vardy make me think about it in various ways,” recalls the writer. “One of the things that hit me was that most people I talked to didn’t know the symposium happened.”

Hewlett wanted to share his findings with a bigger audience and reach more people about the big issue at hand. He published his opinions and shared research of experts for The Overcast for a six part series titled “This Dam is my Dam, This Dam is your Dam.”

“I couldn’t help but think these things should be known and the public is so in the  dark about this stuff,” I thought. “If I could maybe even do a dent in the spreading of the word at all, then it’s worth trying,” said Hewlett. 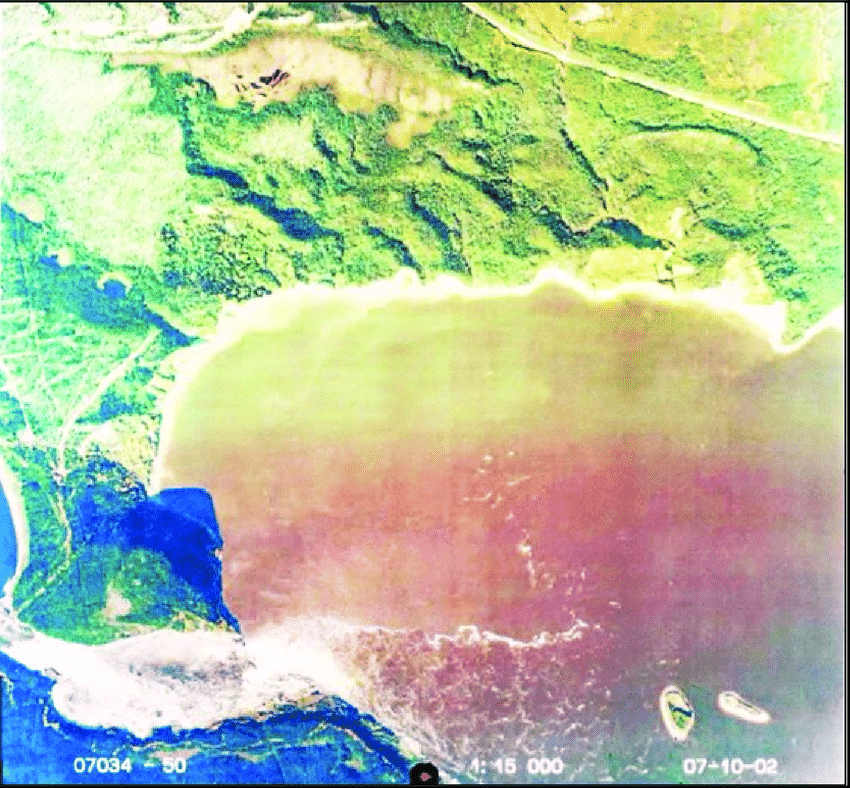 A lot of what Hewlett learned was upsetting and one of the aspects he mentions is concern for who gains financially from the end result of the project.

“We’ve entered into this federal loan guarantee through which we have gained access to the global bond market and that is how we funded the debt. It’s all well and good to get access to creditors but by doing that, we need to think about the wider implications of what that means,” explained Hewlett. “The whole project was justified on the basis of its export markets and that we would be  exporting power to the Eastern seaboard and across Canada. Turns out that none of those markets appear to be viable in any way. We cannot sell the power at a reasonable cost or enough to break even.”

The whole point of the project was to have money going back into the province. Plain and simple, we were going to produce our own power for cheap rates and sell it to others. As time went on and the project got bigger, that theory became so far out of reach that it was eventually impossible.

“The debt has to be paid back legally and contractually and the revenue source was people paying their electricity bills. This simple sort of economic transaction of people paying for an essential service in the modern world, now has money trickling upwards and out of the province through this convoluted process,” said the concerned Newfoundlander. “Your grandmother’s electricity bill is funnelling into the hands of some global bond holder. This is the power of finance capitalism and subtlety is a huge part of it. It is  mainly Steve Crocker’s research and talks that opened my eyes to that and I am sort of emotionally passing on that information.”

When I was doing my research on this,  I kind of got choked up. It scared me to such an extend that I couldn’t believe what I was reading

In the fall of 2016, land protectors who had issues with the Muskrat Falls project entered a restricted job site. Although they were criminalized for those actions, the government responded to the incident by forming the Independent Expert Advisory Committee (IEAC). This committee would look into the concerns of Labradorians through a panel of experts.

Land protectors had expressed concerns about the levels of methyl-mercury following the flooding of the reservoir – a process that was anticipated to complete the Muskrat Falls Dam. The levels were concerning, especially since residents of the area found food sources directly affected from such a process.

“The IEAC looked at the methyl-mercury issues. They looked closely, fairly and independently and this committee came back with results that vindicated the Labrador land protector’s concerns. When I say land protector, I mean all the Labradorians in the region who were concerned,” recalls Hewlett. “The consensus was that methyl-mercury was going to be a huge concern and the recommendations were to clear the soil from the reservoir before flooding. The recommendations have been made months ago and there hasn’t been a peep from the government since.  It is looking more like the government was placating and getting them (the protectors) off their backs, especially as things continue to unfurl and disintegrate before our eyes.”

In October, Nalcor directed contractor Alstaldi to stop working on Muskrat Falls job site and sent 500 workers home. The contract company and Nalcor had originally agreed to a billion dollar price tag for the project, but Alstaldi stated they needed more money due to delays and unforeseen costs. Just two years ago, there was an agreement to up the costs to $1.83 billion but eventually there was a need for more money to come in. After financial back and forth and the discovery that workers were not being paid, Nalcor sent Alstaldi workers home.

“There is no idea what the implications to that. It’s almost getting too absurd. Its at absurd levels of what else could possibly go wrong? Now Alstadi is going bankrupt or in financial protection. They owe airlines millions of dollars, the pension funds of the workers are owed millions of dollars, they sent workers home because they weren’t being paid. It’s completely absurd at this point, even this aspect of it: the mismanagement, and Nalcor’s handling of contractors. To have reached this point is staggering. Every time you think it cannot disappoint you anymore, it finds ways to shock you,” said Hewlett of the project.

Hewlett has stayed focused on all aspects of the Muskrat Falls project that raise concerns, but he mentions The North Spur being one of the biggest concerns because it risks the lives of the people in Happy Valley – Goose Bay and Mud Lake – amongst other unsettling issues.

In November 2017, Scientist Dr. Stig Bernander released a report stating the North Spur is in high risk of failing and the implications of such would cause a lot of destruction and risks the lives of those surrounding the area.

“It’s hard to think of anything more important, not just because of the potential disastrous consequences but also because of how convoluted it is. I think because of the complexity of it is why people don’t know about it,” said Hewlett of the North Spur. “Dr. Bernander determined there was a high mathematical probability of the North Spur giving way and that is still the case and it has not been addressed. This is an outstanding question mark and you cannot talk in extreme enough terms of the consequences of the North Spur giving way. The fact that we have this team of experts looking at this and saying there is a very high risk of the North Spur collapsing when you fill the reservoir at the end of 2019 before it even comes on line. A landslide would take out the dam we built, the mass flooding downstream to Happy Valley – Goose Bay and Mud Lake, which would be completely annihilated.It would be a tragedy on a scale of which I wouldn’t want to think about.”

When asked why there isn’t a bigger outcry from the public when something so terrifying is happening, Hewlett speculates that we clearly believe the government wouldn’t allow the project to get to this point and we have to hope that they have a plan.

“The public is generally aware that there are questions about the North Spur but where it stands right now has not really been addressed. It’s terrifying. When I was doing my research on this,  I kind of got choked up. It scared me to such an extend that I couldn’t believe what I was reading. It would be disastrous.” 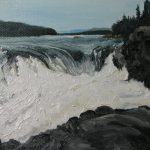