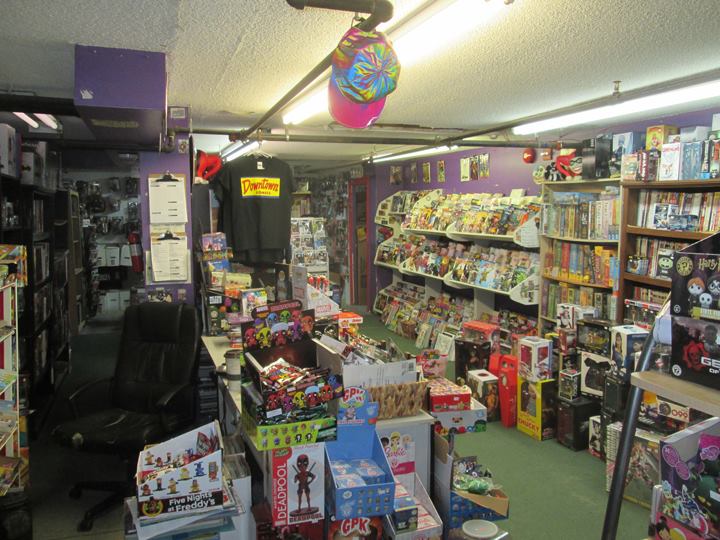 Free Comic Book Day started in 2002 and is coordinated by the comic industry’s single large distributor, Diamond Comic Distributors but the idea came about one year earlier when retailer Joe Field wrote a column for a comics magazine that noted the positive cultural and financial effect that successful feature films based on superheroes were having on the comic book industry. It was eventually decided that the first Free Comic Book Day should be held on the same weekend that the Spider-Man feature film was set to open in theaters.

So what is Free Comic Book Day exactly? As the event’s official website explains, “[a]s the name implies, Free Comic Book Day is a single day when participating comic book specialty shops across North America and around the world give away comic books absolutely free to anyone who comes into their shops.”  The free comics are specially printed copies with some shops also offering special deals and other incentives on other merchandise.

The major comics companies including Marvel and DC participate in the event. This year, Marvel is offering free stories featuring Spider-Man and Guardians of the Galaxy while DC will likely be trying to generate some buzz for their upcoming Wonder Woman film offering a free comic that delves into the Amazonian’s origin along with a story featuring DC’s Super Hero Girls (which has become a hit among my nieces). Fans of other characters such as Betty and Veronica, The Simpsons, and the Ninja Turtles also have an opportunity to pick up some free stories as well.

St. John’s will also be participating in Free Comic Book Day and I spoke to Wallace Ryan, of Downtown Comics, located on Duckworth Street about what to expect from this year’s event. “We expect the usual crowd of comic lovers and of course, a lot of newcomers to the art form,” he said. “Each year seems to get a little bit busier.” Wallace says that each year seems to get busier and says it is an opportunity for the comic book industry to shine and boasts that “…Downtown Comics outshines them all!!!”

Wallace, who also runs Alphabet Comics, which offers lectures and comic lessons says that all kinds of people ranging from the stereotypical comic book geek to the hardest to the core collector to the newest of fans will hit up Downtown Comics this Saturday. “We love being able to introduce people to the art we all love so much,” he says. 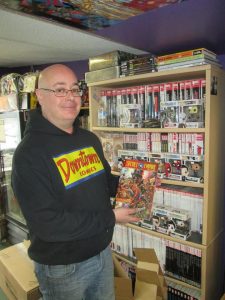 I have grown up loving superheroes for as long as I can remember, I did collect a scattered comic or two but most of my fandom stemmed from cartoons and movies. It wasn’t until I was in university and interested in reading the stories that superhero blockbusters were based on that I really started reading and collecting comics and graphic novels. I asked Wallace why he thought people enjoy comics and he believes it stems from the art form’s accessibility. “Comics speak directly to the heart and presents stories in a way that involves the reader at a primal level,” he says. “It’s storytelling in images, and in today’s technological world of the internet, and social media, it will only grow.”

Downtown Comics also sponsors the Breakdown Comic Jam, which will be having a Comic Jam and Tea Party for anyone who might be interested in making their own comic.  The Jam which is part drawing, part comic book club allows participants to discuss comics, and do some drawing. Wallace says the goal is to “help out the young artists here in St. John’s.” The Breakdown Comic Jam has been going on now for over seven years every month and it was started by Wallace and local comic book artist Paul Tucker.

Wallace says that Downtown Comics won’t be offering any special discounts on other merchandise for Free Comic Book Day saying that while it is one busiest days of the year, and comics are offered free to the public, they have to be purchased by the shops themselves. I was not aware of this until I was doing some research for the article. Wallace says that the comics are cheaper than usual, (Wikipedia notes that retailers pay 12-50 cents per copy), they still get “dinged”. “But it’s well worth it for the exposure! It’s like our national holiday!”

Anyone interested in checking out Free Comic Book Day can hit up Downtown Comics this Saturday. While you’re there, take a look around the store as it is a pop culture lover’s Heaven. Downtown Comics offers new comics, back issues, as well as other merchandise, apparel and popular games like Cards Against Humanity, and Disturbed Friends. I shop there pretty frequently and I find the entire staff to be knowledgeable, helpful and eager to provide the best customer service possible. (The store’s Facebook page is littered with customers requesting to hold items until they can get down to buy them). You will likely see Wallace who is working on his own comic set to be released before the fall.

For a complete list of titles that are being offered for Free Comic Book Day click here. And be sure to check out Downtown Comics at 141 Duckworth Street this Saturday and while you’re at it, like them on Facebook in order to be kept up to date with the latest happenings at the store! 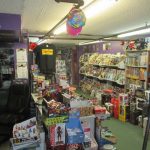