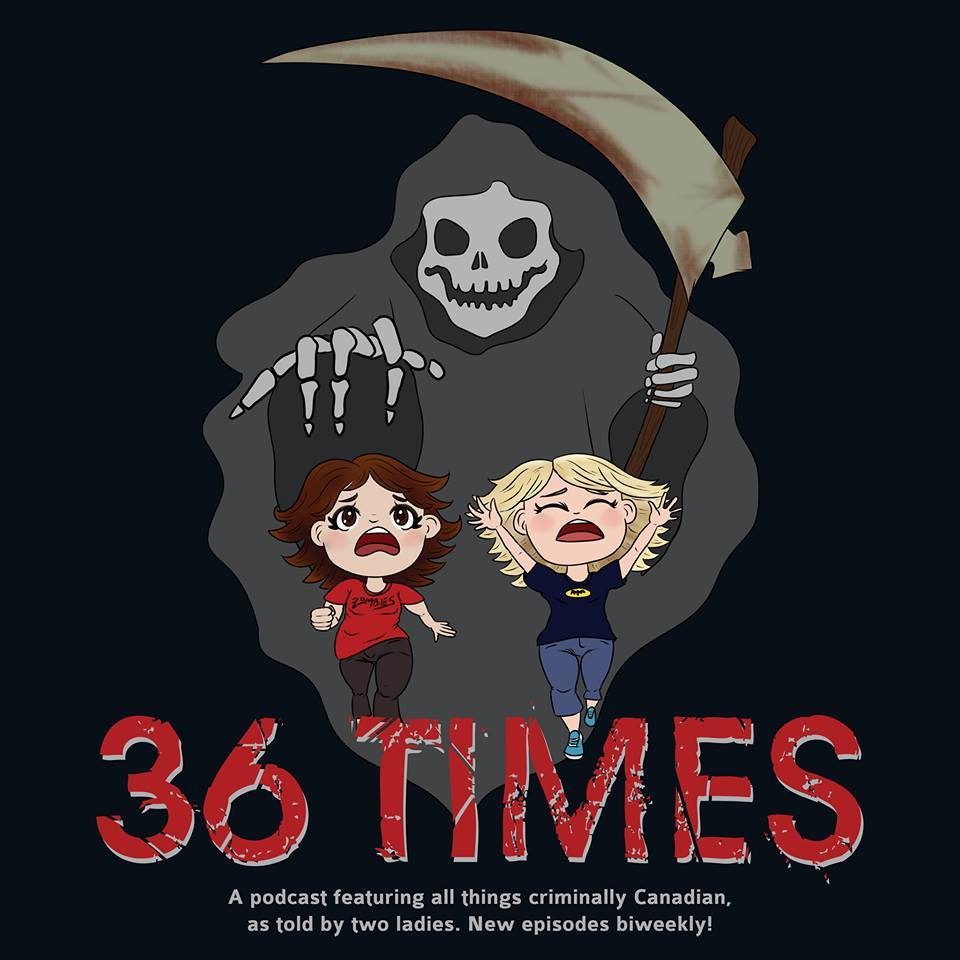 As a society, we seem to be fascinated with crime. If you watch the local evening news like I do, you know that a large portion of the stories each night deal with the courts and there have been countless television shows based around the police procedural. I spent fifteen years watching CSI and was on board for multiple seasons of its spin-off shows as well. What is it about crime and specifically murder that gets us all so interested?

In my previous article, I wrote about my friend Courtney Mona’s YouTube channel and came out as a sort of YouTube denier. Another aspect of the entertainment world that I don’t often subscribe (pun Intended) to is the podcast, though admittedly I have more experience with this medium than with following YouTubers. There are literally podcasts about anything and everything. I’ve been known to listen to a few from time to time on various topics such as wrestling, movies, and music.

I’m going to now tell you about another passionate, creative and clever friend of mine, the lovely and talented Lilly Ashdown, who along with her friend Krista Tomlinson have started a podcast called 36 Times. These two gals are straight outta Nova Scotia but I met Lilly in 2011 at MUN when we were completing the Education degree. We hit it off almost instantly sharing a love of nerdy pop culture and witty banter. She probably is one of the very few good things that came out of doing that degree and I consider her to be one of my best friends. This week, the ladies will be discussing a crime that takes place in Newfoundland so I thought it would be a good time to plug my friend’s podcast. 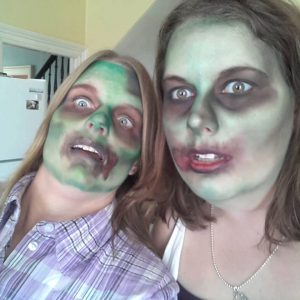 36 Times is a true crime podcast that discusses real crimes that have happened. It focuses on both the grisly and the goofy and has a Canadian focus. “We have a Canadian focus since we found in our joint listening to true crime podcasts out there, Canada wasn’t getting as much as a mention as places like the States and the UK. So, it’s a Canadian Content Crime Podcast. It could be aired on the CBC and count as their Canadian content for the day, even. So much Canadian stuff.

You have maple syrup in your ears after listening, it is so Canadian,” says Lilly. A new 36 Times podcast is put up every other week and each episode features a murder plus as Lilly puts it, “a crazy Canadian crime that we throw in just to lighten the mood before we wrap up.” So far, Lilly and Krista have covered such topics as Canada’s youngest convicted killer, the first killer in North America to be convicted using dental records, and a man who thought himself to be the real-life Dexter. On the more “crazy crime” side, the duo has discussed Tim Horton’s break-ins and attacks over sausages.

What does the name 36 Times mean? Well, Krista once saw a meme posted on Facebook that states that you meet a murderer thirty-six times in your life. Lilly admits that this fact may not be entirely accurate but it definitely is an interesting idea to think about!

I asked the ladies what lead to them starting a podcast. Krista says that she and Lilly both listen to many podcasts and thought, “we could do that; I’d like to do that.”

“And we had microphones already and had done a bit of podcasting together previously (about horror films, another passion of ours), so then it was just a case of coming up with a name and a format and a time to do it,” adds Lilly.

I asked Lilly and Krista what they thought makes them an appealing personality; the same question I asked Courtney as I imagine a YouTuber or podcaster needs to be attractive to viewers or listeners. While I haven’t met Krista, as I’ve mentioned earlier Lilly and I go back a bit. I know what makes her an appealing personality; her humor and wit are on point and she can banter with the best of them. “I think what is appealing about us is that we are just two rather normal people having rather abnormal chats about murders and crime. We have two very different backgrounds and styles, but we get on like a house on fire. [This made me laugh so hard when I read the responses to my questions and also made me miss Lilly even more than I already do.] Krista is a sensible yet hilarious person and I’m an excitable nerd who can’t stop talking about Paul Gross,” says Lilly.

It was clearly evident to me that Lilly and Krista do indeed “get on like a house on fire” from the first podcast I listened to. Their dialogue was fun and back and forth. They discussed some serious crimes but kept it light as if you might be sitting at the table sipping on a coffee and discussing what happened on the previous episode of your favorite TV show.

The ladies have modest aspirations for 36 Times. Krista just hopes to get listeners. “Yeah, people listening would be nice. I wouldn’t mind getting a catchphrase. Like something we could put on a mug and I could drink from casually at some point and be like ‘Oh this? Oh yeah, it’s just a little something from a podcast I do, ‘cause I’m so cool,’ “adds Lilly.

With that, Krista’s ambitions grow, adding that she would like to get a shout out from Paul Gross. Lilly notes that she “would die” if that were to happen and then quickly adds that Krista could then cover her death in a post-mortem podcast.

Why all the love for Paul Gross who starred in the 90’s crime series with comedic elements Due South, that aired on CTV here in Canada. “How can we not love Paul Gross?” asks Lilly. “So handsome. And by ‘we’, I mean me. Krista was more a North of 60 person, I was more Due South.”

Joking, (or perhaps not so joking since I know Lilly) aside, the ladies of 36 Times say that they would like Canada to be recognized as more than a joke as we’re “not all igloos and Luka Magnotta”. “Yeah, it’s like if it isn’t Paul Bernardo or JR (who we covered in our second podcast, check it out) then it’s just whatever, bye Canada, you do you up North,” says Lilly. “But there are stories, interesting ones, and we’d like to tell them.”

I asked the ladies where they get the ideas for the crimes they are going to discuss; the answer was quite simple: Google. Krista says they also get ideas from friends. They were surprised by the amount of friends they had that were coming out with stories that they knew. “Even though there has been a big true crime boom, so to speak, where people are being more open about being into it, it is still like a unicorn moment when you realize you’ve found a fellow true crime enthusiast,” muses Lilly.

As I mentioned earlier, this week’s podcast has a Newfoundland theme. Krista and Lilly will discuss the case of Catherine Snow, the last woman to be hanged in Newfoundland. They are also discussing a special bonus crime that deals with the pronunciation of “Newfoundland”. (Anyone else now having flashbacks of that Home Improvement promo that aired on NTV where Tim Allen goes on about how to pronounce “Newfoundland”?)

I asked the ladies of 36 Times if they planned on discussing more Newfoundland crimes in future podcasts. Krista says this is very likely since the Catherine Snow crime story is “crazy old,” and that “in all likelihood, we’ll be back with one more recent.”

“Absolutely,” says Lilly. “And if anyone reading this knows any crimes they’d like us to cover, feel free to email us at 36timespodcast@gmail.com or hit us up on twitter @36timespodcast, or Facebook, or Instagram @36timespodcast.

Finally, I asked Lilly what she missed most about Newfoundland. “I spent my uni years there and I miss the small town feel with big city opportunities. It’s a beautiful place with beautiful people, and a lot of my humor comes from my time spent there, I’m sure of it.”

If you want to hear Lilly’s humor in action as well as that banter ability I boasted about earlier, listen to the latest episode of 36 Times this Sunday and check out previous episodes at https://36times.podbean.com/. You can also find it on iTunes, stitcher and “anywhere you get your podcast, we’re there. Waiting to be listened to,” promises Lilly.

Krista and Lilly have also started a Patreon (got that linked because if you’re like me I didn’t have a clue what that was either; man these articles plugging my friends’ creative endeavours are leading me on a path to Internet enlightenment) which is starting up this week, “to see if we can fund our low-level dreams with high heart listeners giving us some support (every bit counts),” as Lilly puts it.

So check out 36 Times for some Newfoundland true crime stories and every other Sunday after that for a new episode and if you like what you hear and want to hear more check out this thing called a patreon.

[…] their interview with Tint of Ink, the ladies have taken on a number of other Canadian criminals such as convicted serial killer […] 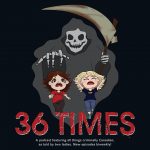