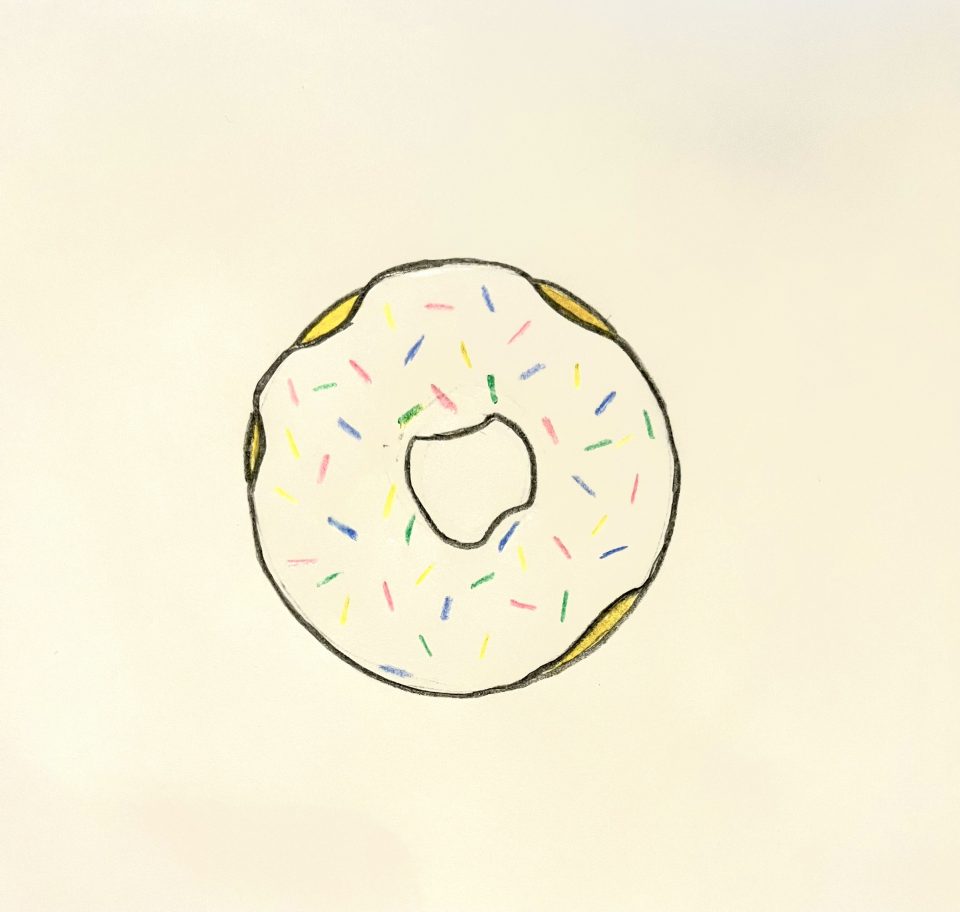 I hadn’t worn the pants from my mother’s funeral since the day we laid her in the ground. I had pulled them off in a blur and left them crumbled in the corner of my oversized closet. Everything in my house was perfectly placed – except those pants. Just a misshapen black ball laying hidden, yet obvious in a corner. Anyone who ever looked in the closet would never notice, but whenever my two arms pulled opened those paneled doors, I could see the black spot inching towards the corner of my eye, pleading to come into full view.

Today I turned to look at them, ready to pick them up and put them on. I had a job interview, and I had no proper dress pants. I never purchased or invested in business clothes – I never needed them. You can easily pull off lazy wear with make-up and hair and a collar. Once you’re hired, you can wear comfy presentable bottoms to the office to give half your body the illusion that it’s still in the comforts of its own home. But an interview was different.

I saw my reflection in the long mirror, I was always taken back by who I saw and who looked back at me. Everything was tiny, tiny hands, tiny boobs, tiny bum. Small face, small nose, small ears, small chin. Yet thick thighs. It looked like someone had taken drag queen padding and sewn them to the sides of my legs – they were strong and mighty but just seemed out of place. They didn’t work in that kind of hourglass proportions angelic way, because I was too small and though my stomach was flat, it wasn’t firm.

Being tiny gave the illusion that you were happy with your body – but I had several complaints. My collar bone was not defined enough, there were two wrinkled lines on my neck, the thick thighs, of course, the hairy arms, the long fingers, the large forehead. The list continued in my head.

My boobs, which I loved and thought were fantastic – were small. I didn’t want them bigger but other people wanted me to want them bigger. Other people assumed I wanted them bigger. I have had women ask me how I handle having small boobs – as if it’s a burden to bear as if having small boobs was as difficult as being a single mother. When my breasts were inflated with milk, rock hard to the touch, and busting under my chin – they were the ideal size according to porn or social media or apparently most women. They were just two solid spheres in the middle of my tiny body leaking of sexuality. The one time my chest was at its most desirable, was the same time that I was completely unavailable and untouchable.

I pulled up the pressed, yet crumpled dress pants over my short, thick thighs and tried to do the zipper up. I had gained weight since my mother died – of course in the stomach. I sucked in and managed to get them on. It’s not that my appetite had increased in her passing, but I guess my laziness had. I recall my mother had told me she read about a woman who kept her tummy muscles tight all day by sucking in and then eventually had a rock-hard stomach into her late middle ages. I tried to practice such dedication to my abs, recalling the story every once in a while pulling my abs tight, and forgetting a few seconds later.

My mother used to take me to Tim Horton’s at the end of the month – it was never scheduled like that, but it seemed to always play out that way. Now that I am an adult, I realize, it probably had something to do with money. Everything did. I feel the panic rise in my throat remembering I can’t ask her if there was a reason it felt like it was the end of the month or had I made that detail up over time.

We would sit at the counter located to the left of the cash register, the glass display case filled with donuts, fritters, timbits. I loved smooching my face against the case, staring at all the glossy frosted treats. I always chose Vanilla Dip, plastered with sprinkles, seething with sugared icing. But I always looked around as if I was indecisive.

I would take a seat on the swirly red leather stools, using the counter to speed up my turns. As I spun around, my mother would talk to the cashier, and some folks at other tables. She would then join me with her steaming coffee. She always removed the lid from a disposable coffee, as if she was airing it out. She said she didn’t like the feel of plastic on her mouth. She would sit next to me, half leaning on the counter, with her hand tilted and a cigarette hanging from it. Once her smoke was gone, and my donut was fully devoured, I used my index finger to collect every last sprinkle on the counter, my mother would clean up our mess and we would head out – waving and smiling at all the folks she spoke to earlier. I never liked speaking to strangers because they would fawn over my size and be shocked by my age.

“Go on, you’re seven, my goodness you’re some small to be seven.”

I remained frozen in front of my mirror, bralette, and crumbled funeral dress pants. I couldn’t continue to dress myself. I sat on the edge of my bed, my stomach creating a slight overlap above my waistline. I caught my bad posture and skin roll in the mirror, I sucked in like that woman in that article, then forgot again and let it tumble back over my pants.

When my husband returned home three hours later, kids in tow, a take-out paper bag in one hand as he dropped bookbags on the ground.

“How did the interview go?” he asked, half out of breath from carrying the family load the last couple of months while I walked silently in a smog of grief.

“I didn’t go,” I said, still sitting on the side of my bed:  bralette and dress pants.

“Ahh ok. Well, maybe next time. Got yer text, here you go. That’s it? Will you have supper?”

He passed me the take-out bag.

I reached inside and pulled out a Vanilla dip donut. I pushed the entire thing into my mouth and swallowed it whole. I never got up from the corner of my bed until midnight when my husband entered the room and said it was time to sleep. 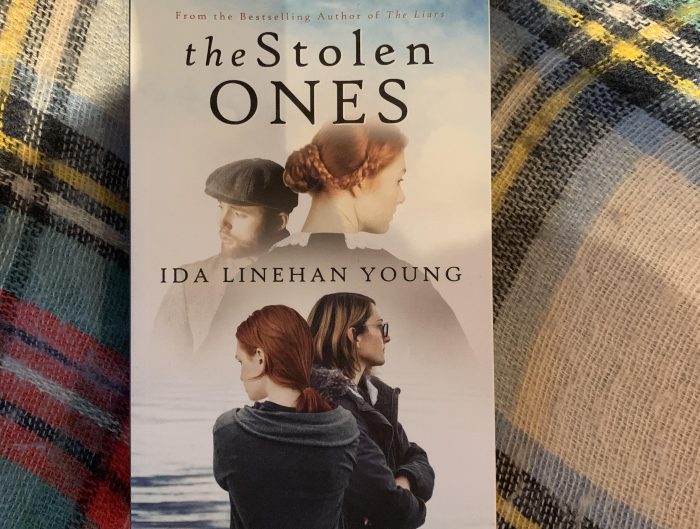 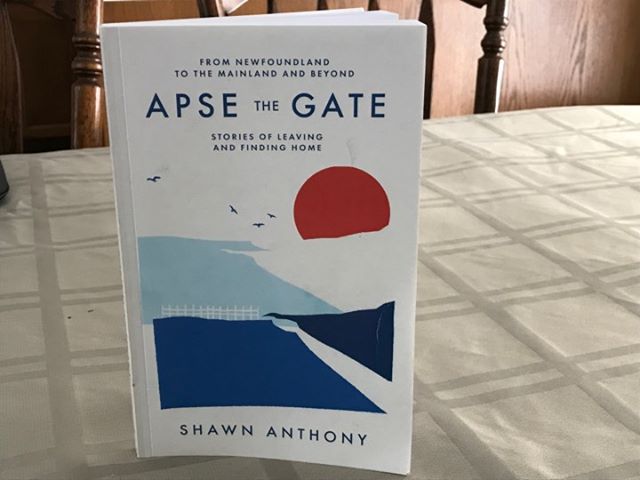 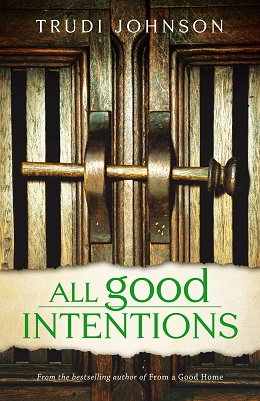 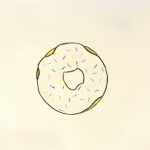