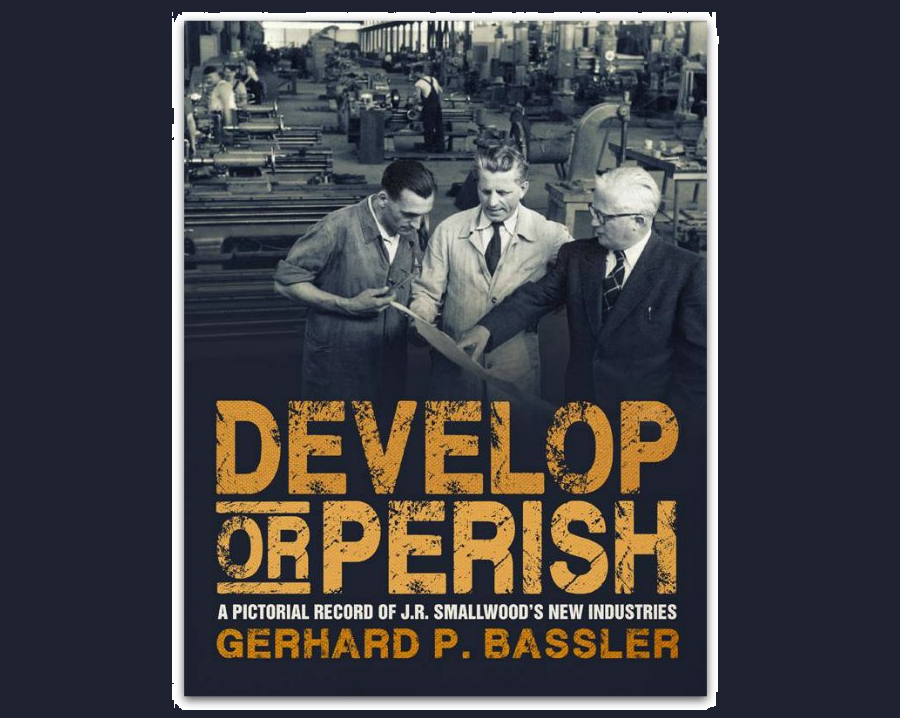 After Newfoundland joined Canada in 1949, the province was impacted on many levels. Fishing communities were being abandoned for larger areas.

Joey Smallwood feared Newfoundlanders would migrate to the mainland and thought it vital to develop the island’s industry.

Gerhard P. Bassler takes a look at the 17 new industries during the 1950s and 60s through pictures gathered from immigrants and Newfoundlanders involved in the process. The book comes from a research project involving 115 interviews conducted in the 1980s.

“A related objective of the interviews was to capture the newcomer’s own impression and experiences as immigrants arriving and settling in Newfoundland shortly after Confederation. To demonstrate their roles and experiences at the time, many of the interviewees offered photographs to be published along with the information they supplied orally and in writing,” explained the introduction.

Develop or Perish is an illustrated companion to Bassler’s Escape Hatch, a book that looks more specifically into the new industries and how they impacted the economy and the future of NL.

Bassler’s in-depth revision of this moment in history is brought to life with amazing black and white photographs, including advertisements from those decades and personalized pictures from people’s family albums. The visuals allow you to truly relive the moments shared by the people in the interviews.

The photos are interwoven with historical facts for perspective. The merchants along Water Street had rejected confederation, so how did they react to the provincial government afterwards? How did European immigrants manage the industries? What was Smallwood’s vision and how did it compare to the actual outcome?

For political and historical visual layout, Develop or Perish gives a researched overview of a small moment in time that changed the course of Newfoundland forever. 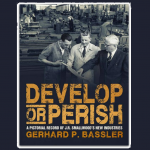