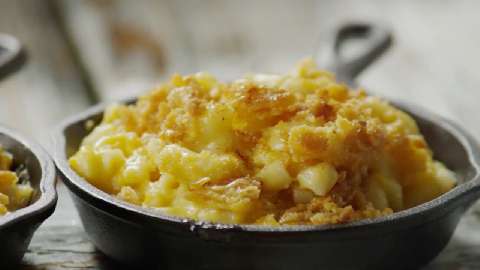 When you think of comfort food macaroni and cheese definitely comes to mind and if you are up for trying new takes on this classic dish then the 2016 Mac & Cheese Showdown is for you. The Showdown is running throughout the month of November at fifteen restaurants in St. John’s. Like the 2016 St. John’s Poutine Challenge, the Mac & Cheese Showdown is being run by Five Brothers Artisan Cheese and this time they are partnering with Newfoundland Seasonings, the Restaurant Association of Newfoundland & Labrador (RANL) and Sysco.
I reached out to Adam at Five Brothers Artisan Cheese who said based on the success of last year’s showdown they chose to run it again.

“It’s November and starting to get a little bit cooler so what a great way to warm up by eating some delicious mac and cheeses by the talented chefs we have in the area?” he said.

He also said that the month of November is often a bit slow for restaurants leading up to the Christmas rush so the showdown will hopefully “get some extra bums in seats [at the local restaurants].”

The rules of this showdown are simple. Each restaurant is offering up their own version of mac & cheese, using a variety of Five Brothers’ Artisan Cheese and Newfoundland Seasonings. I am definitely excited for this event. I really quite enjoyed the Poutine Challenge back in June and it did get me out to restaurants that I had never visited before.

Some of the same restaurants that participated in the Poutine Challenge are also taking part in the 2016 Mac & Cheese Showdown including the Poutine Challenge winner Klondike Jake’s and last year’s Mac & Cheese Showdown champion Tavola. One of St. John’s newest restaurants, Soul Azteka is also participating and making my dreams come true by combining Mexican cuisine with mac & cheese.
I asked Adam how the restaurants got involved in the showdown since I noticed many of the same ones participated in the Poutine Challenge. He said the invite went out to all restaurants that are customers of Sysco, which is the global leader in selling, marketing and distributing food products to restaurants, healthcare, and educational facilities, lodging establishments and other customers who prepare meals away from home.

(To be honest, I’ve seen the Sysco logo around for years but didn’t know what it was and wondered to myself if it was a company from the man who gave us “Thong Song”).

He told me it didn’t matter if the restaurants had participated in the 2016 Poutine Challenge or not and that all of these restaurants were invited “all in the spirit of getting involved.”
I asked Adam if the 2016 Mac & Cheese Showdown would be helping out any local charity or group like the Poutine Challenge did. That challenge raised $1,300 in support of the Autism Society ($13 of which came from me and my roommate).

This time around, $1 from every sale will go to the Community Food Sharing Association.

“Food bank shelves are bare these days and every little bit helps,” says Adam. “We can’t have people going hungry in our province.”
For some reason, though, this initiative is not mentioned on the Mac & Cheese Showdown’s Facebook page which is not the only problem with the promotion of this event.

According to the page, Facebook only allows events to be scheduled for two weeks but the 2016 Mac & Cheese Showdown is indeed running for the entire month of November.

As of the writing of this article, not all of the participating restaurants have been profiled yet either. Hopefully, this isn’t stopping the general public from hearing about the showdown and the restaurants involved and that this article can provide some exposure.
The public can choose their favorite mac & cheese by voting on the Five Brothers Facebook page which should be available during the last two weeks of November. The restaurant that receives the most votes at the end of the month will have bragging rights as the winner of the 2016 Mac & Cheese Showdown!
So far I have managed to try two of the mac & cheese recipes and hope to hit up a few more restaurants before the month is over. (My roommate/bestie that took the Poutine Challenge with me has been out of the province and country for the majority of the month).
For a complete list of the restaurants competing in the showdown visit the Facebook page for the event and make sure to vote for your favorite mac & cheese on the Five Brothers Facebook page!

I’ll be back next month to share some pictures and thoughts on the dishes I managed to try!

The Fiesta Continues For Quintana’s & Arribas - The Muse Reply

[…] businesses in St. John’s have certainly felt the effects of the current economy, Quintana’s & Arribas has continued to experience success. Ennis says that the restaurants […] 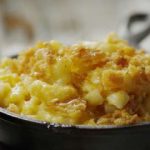